Sea butterflies (pteropods) are one of the most amazing groups of planktonic creatures. Pteropods include two completely different taxonomic groups of free-swimming animals: sea butterflies with hard shells (Thecosomata) and sea angels without shells (Gymnosomata). Both of them share one distinctive feature: they swim using two large fins, or wings, which evolved from the crawling foot of an ancient snail. In fact, when the sea angel is a larva, it has a shell, but it is discarded as the creature develops. Although pteropods are not the most numerous group of animals, their appearance is mesmerizing in its diversity. Their fine translucent shells look like delicate glass artefacts which encase their pearly iridescent bodies covered in peculiar growths. They have unusual bright colours and are often absolutely tiny. These are but a few characteristics you can discover when studying pteropods. It is practically impossible to choose a typical representative of this group since each species has a special distinguishing feature.

Pteropods live in all seas of the World Ocean, but they are most abundant in the Arctic and Antarctic seas, where they form huge swarms with a biomass surpassing that of the rest of the zooplankton combined. These masses attract whales, which feed exclusively on pteropods in certain seasons. No wonder Nordic seafarers used to call these creatures simply “whale food”. 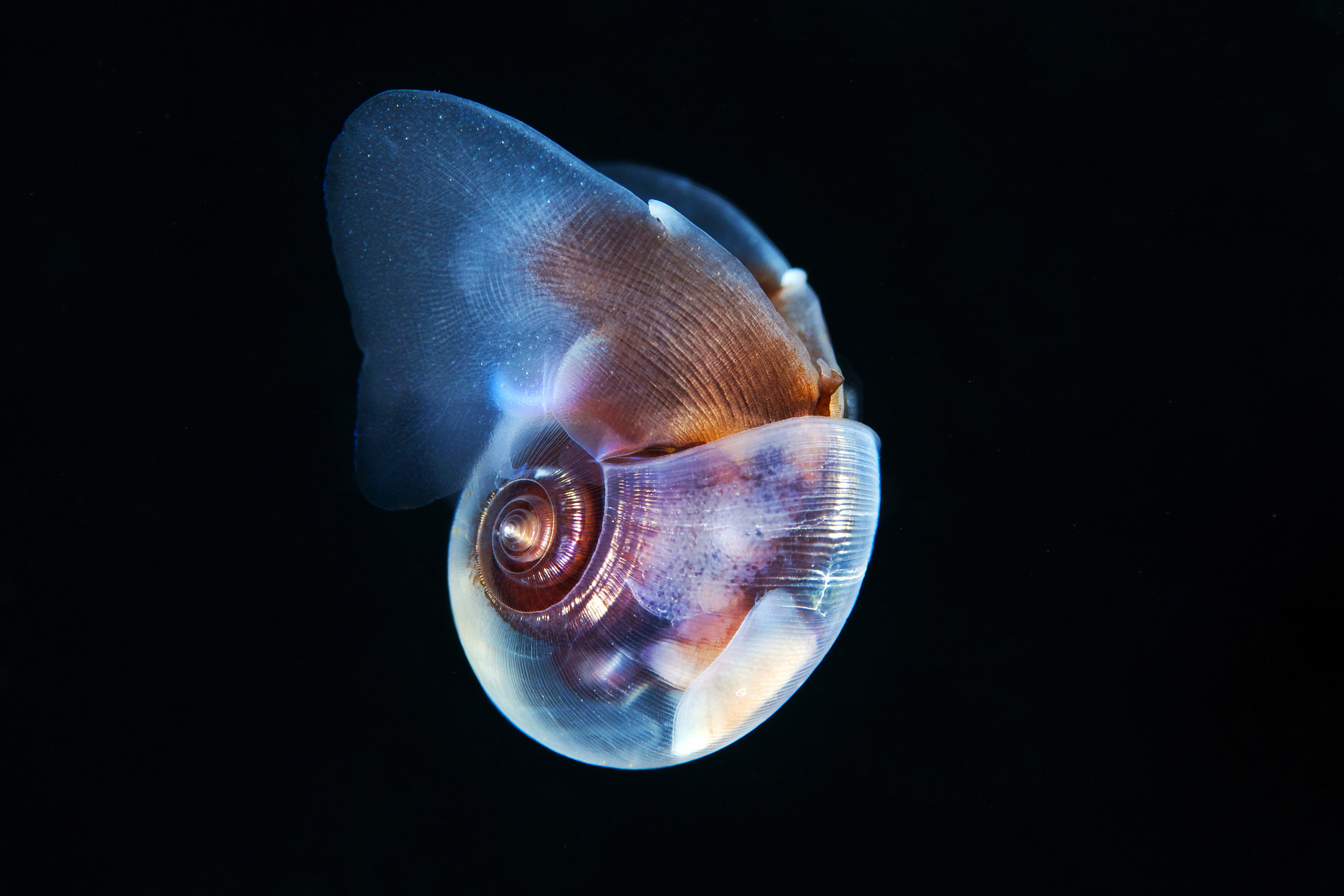 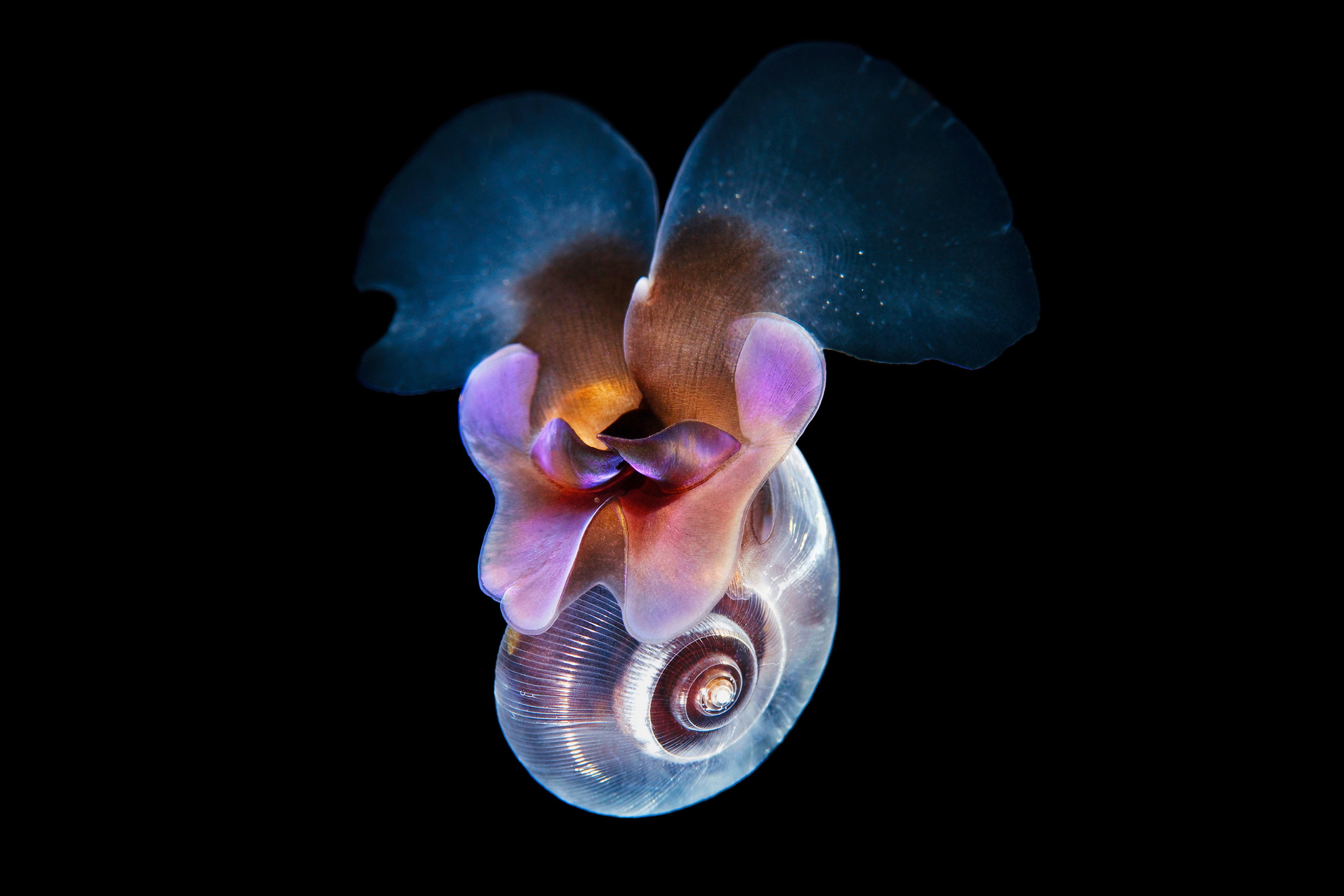 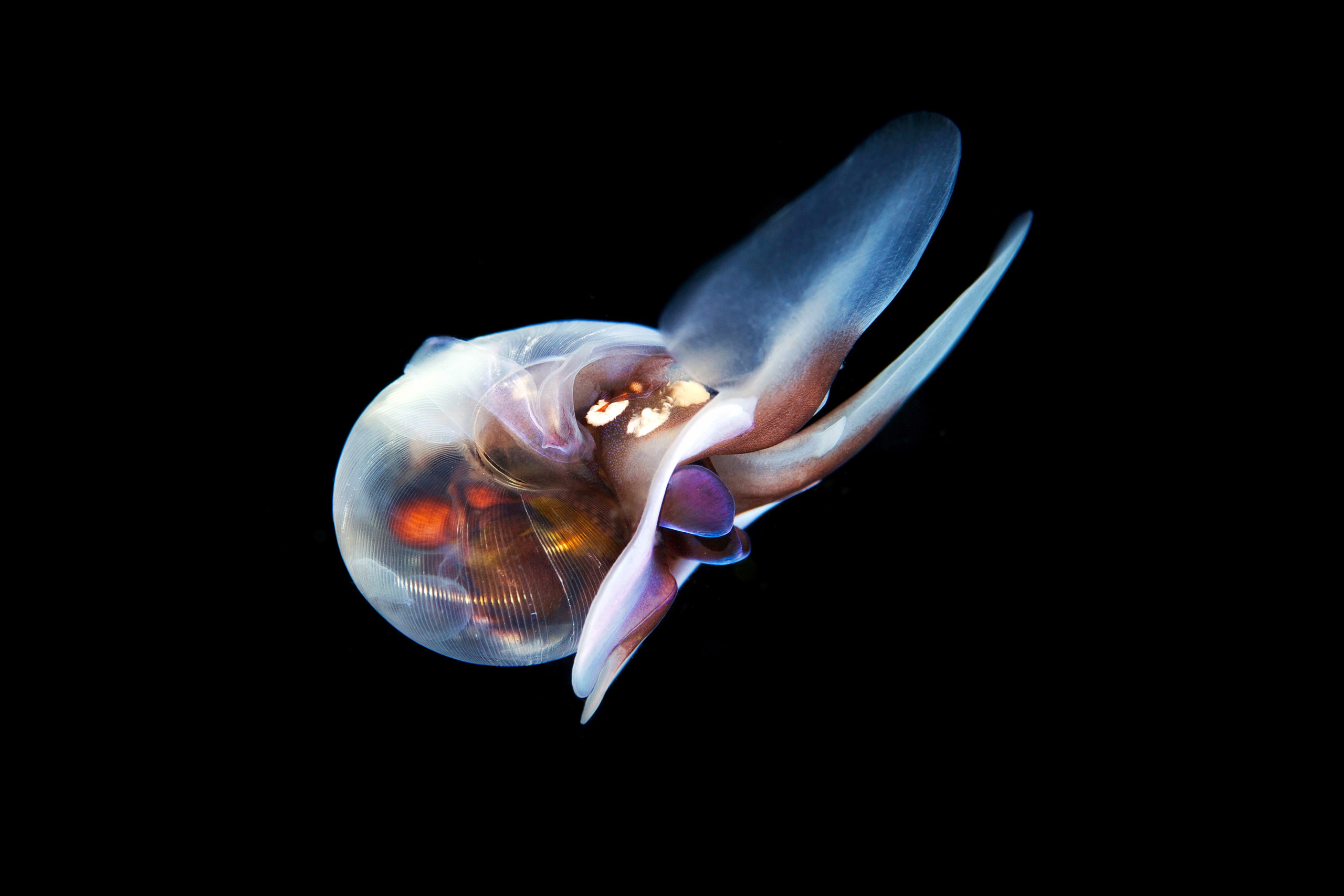 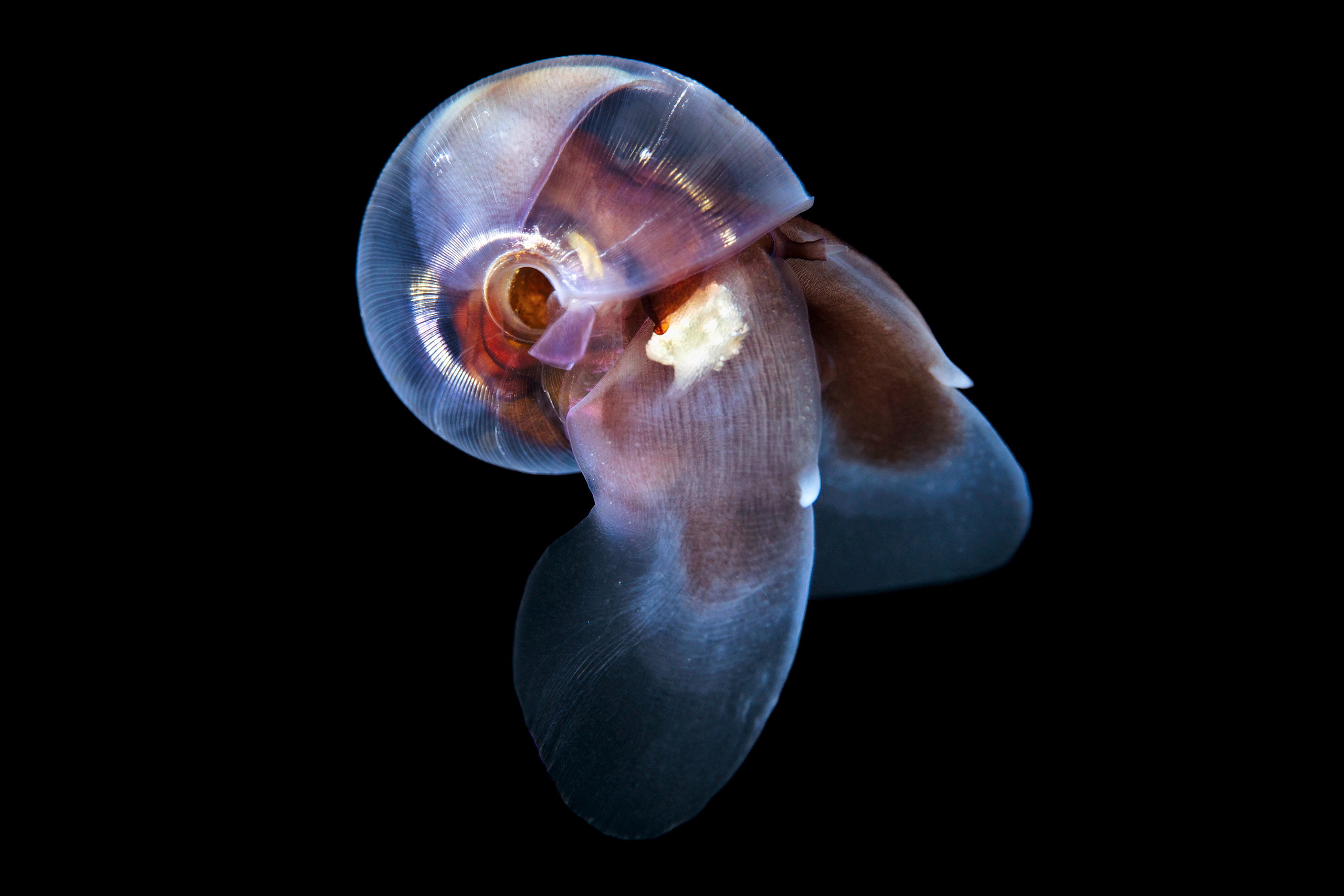 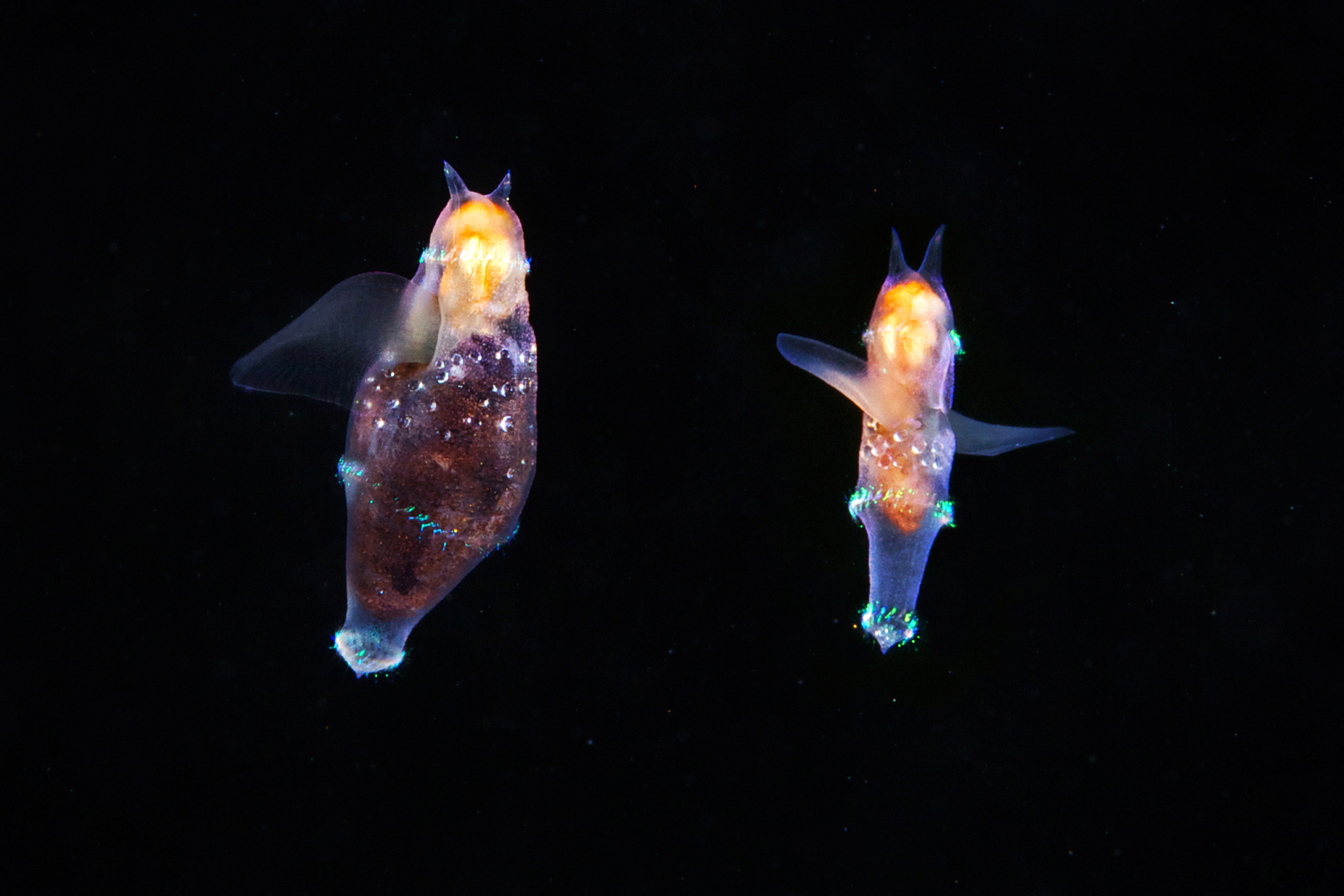 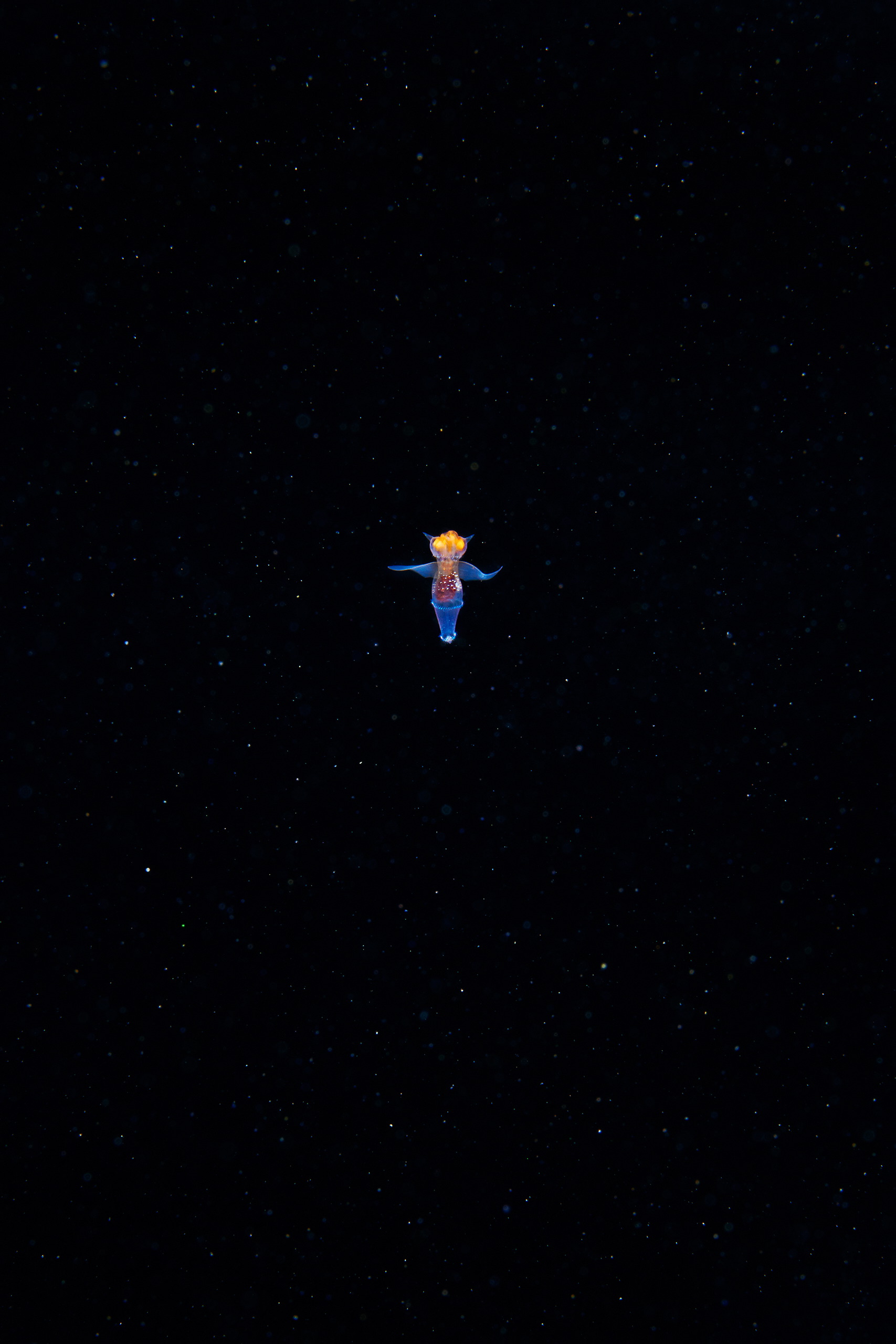 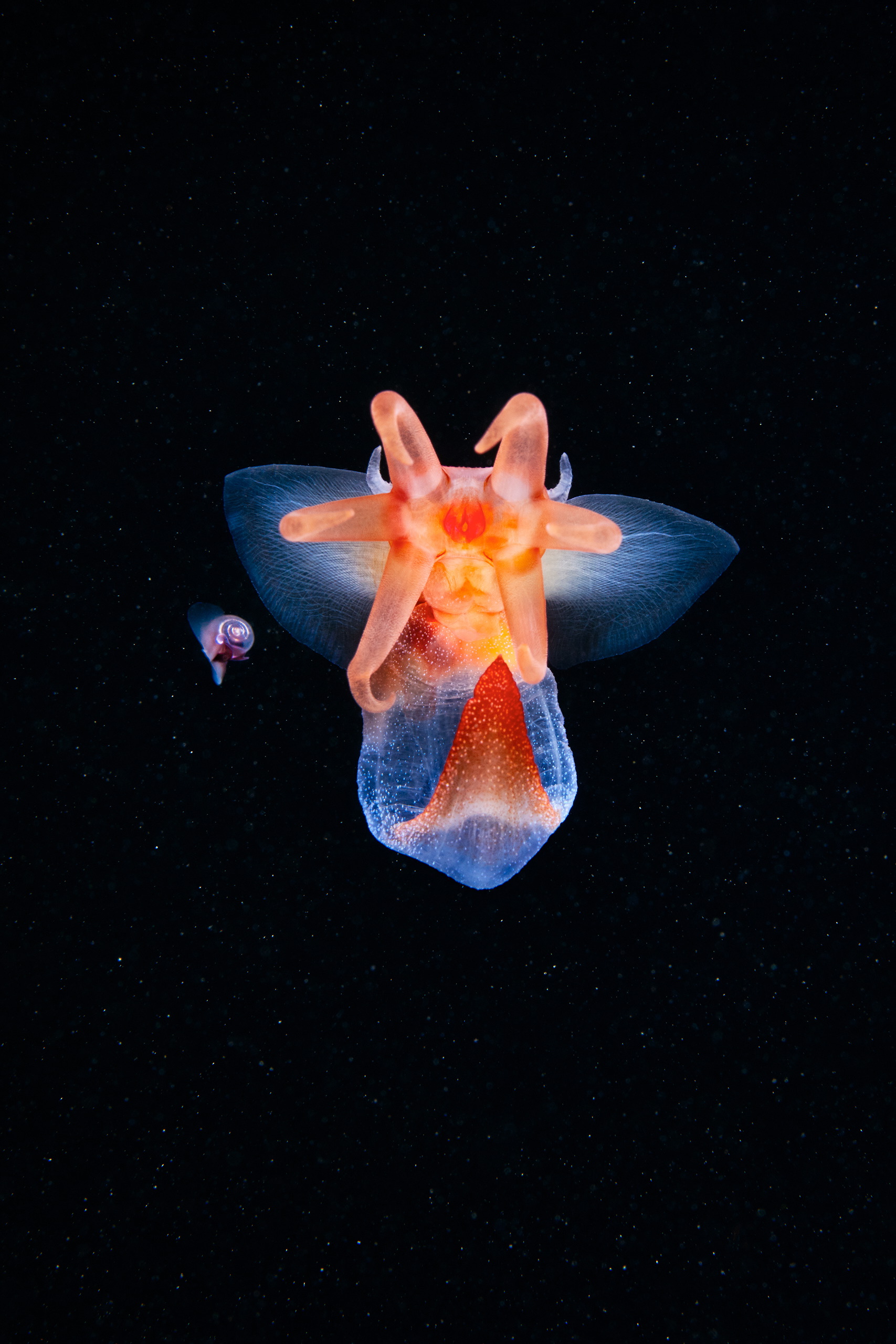 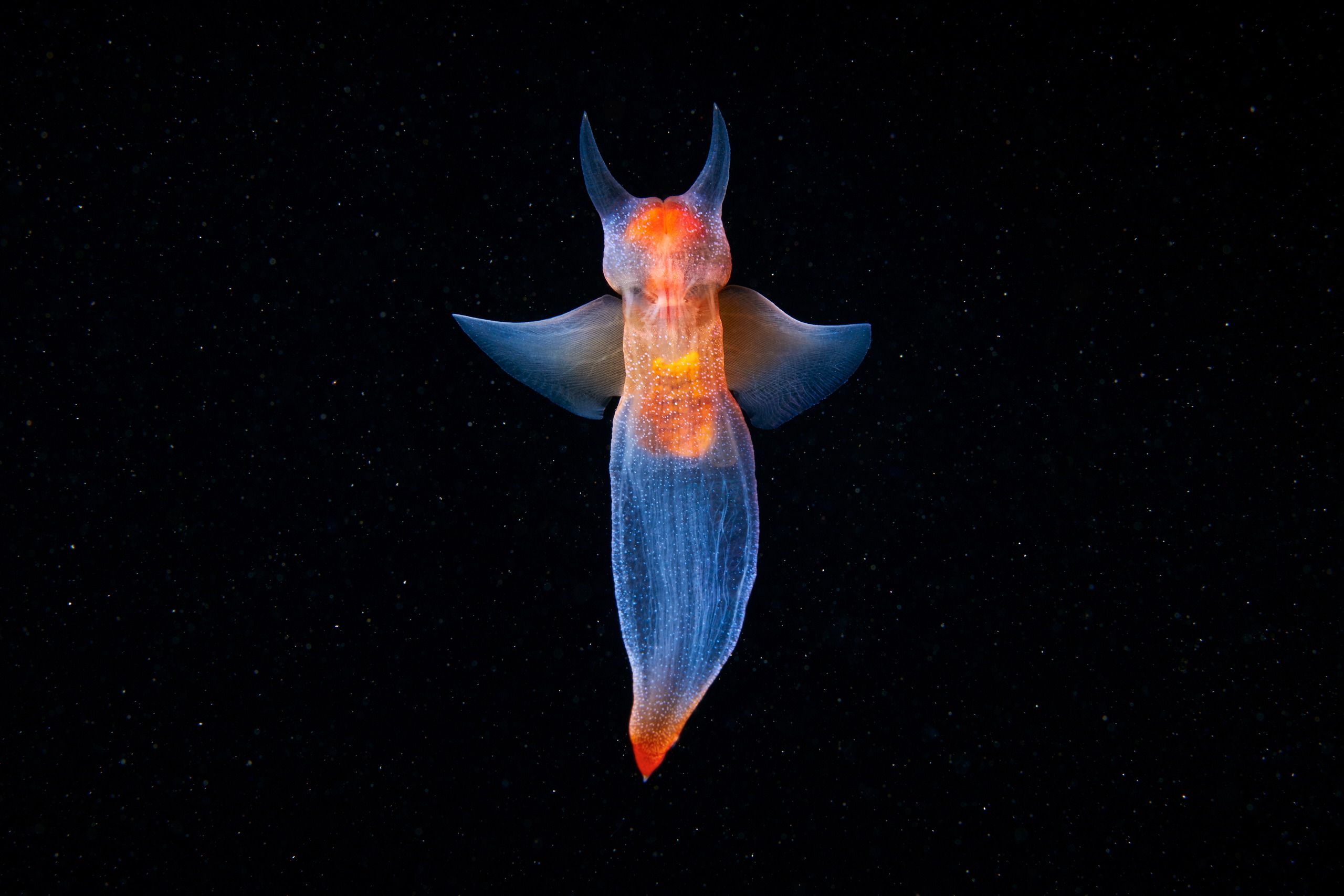 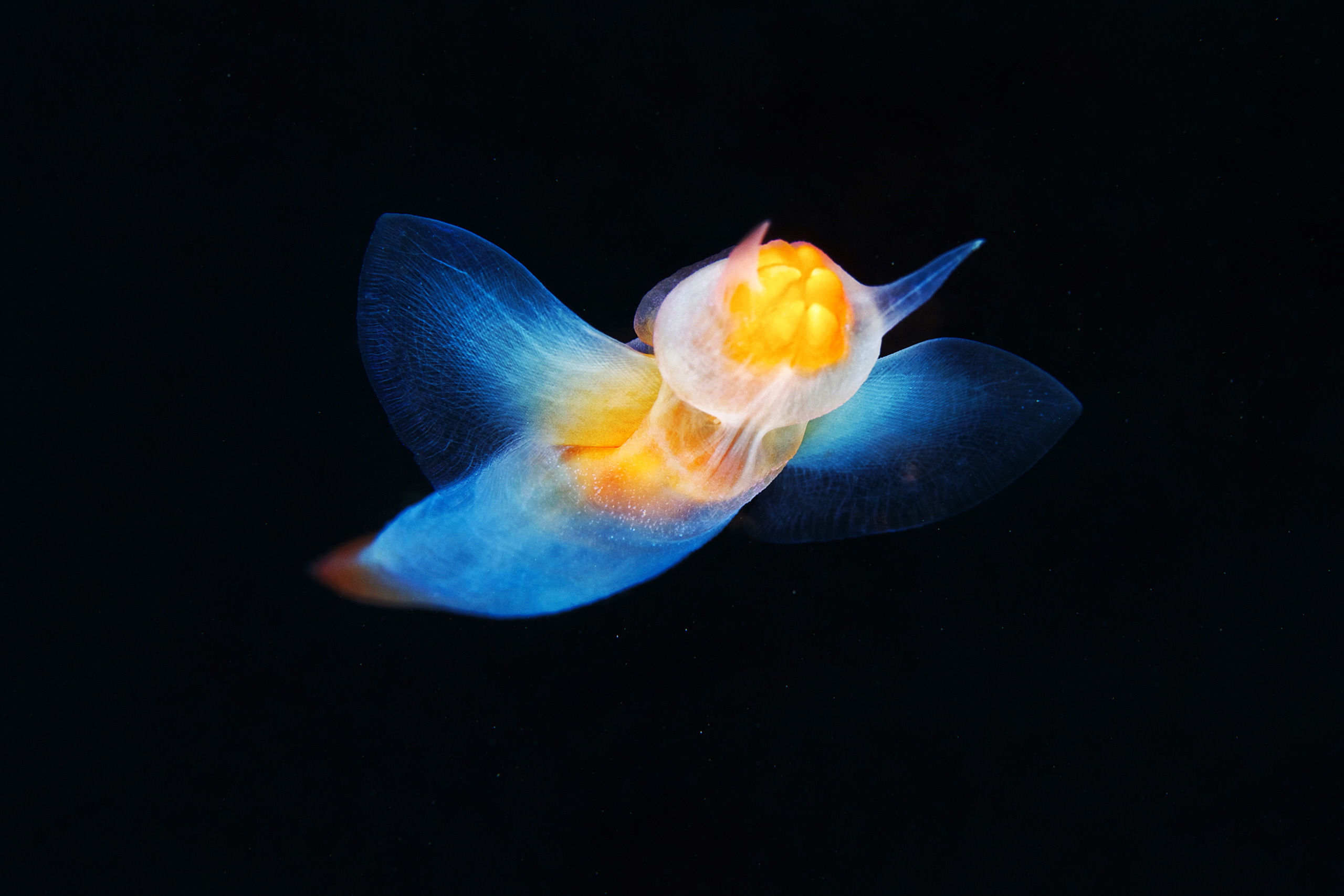 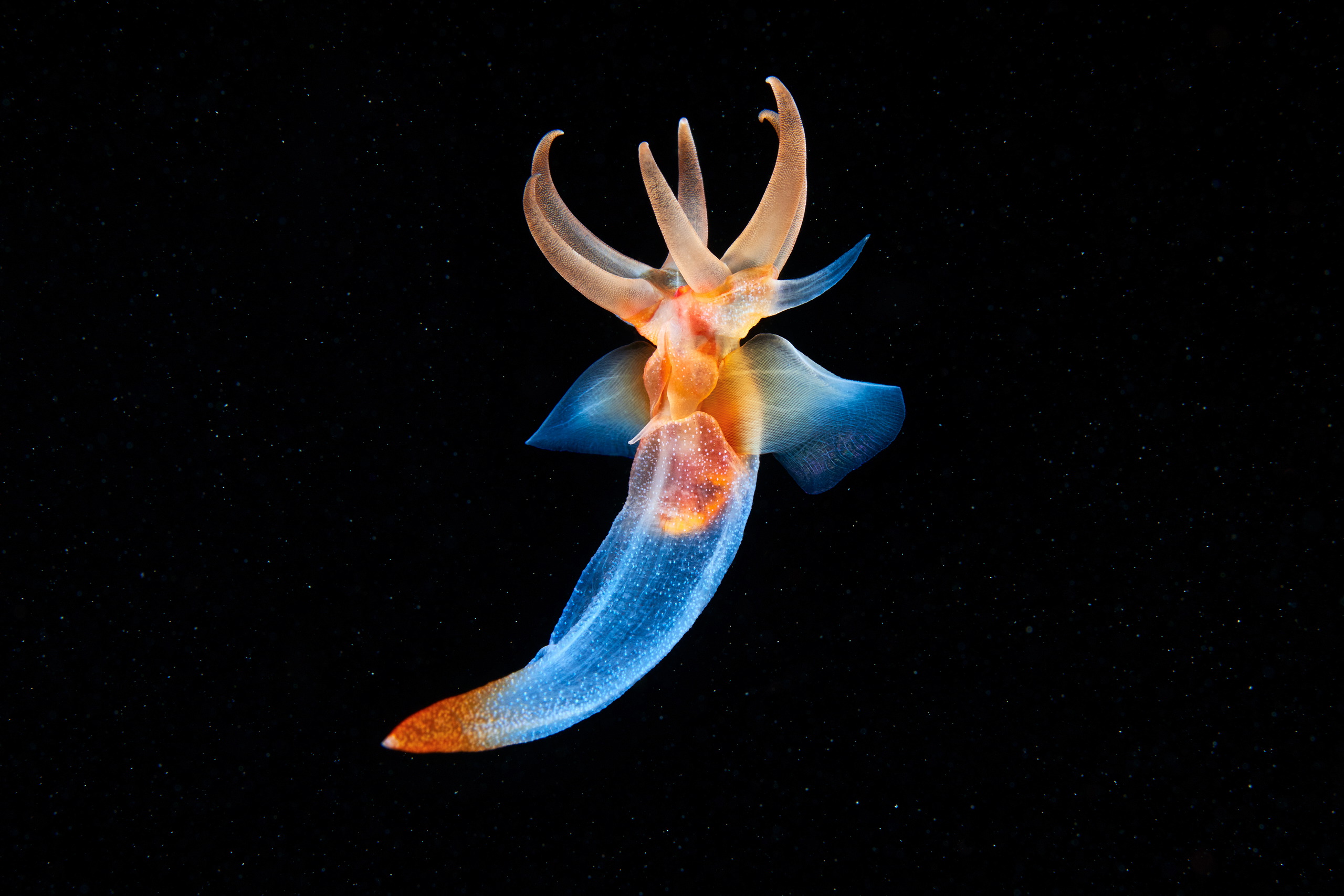 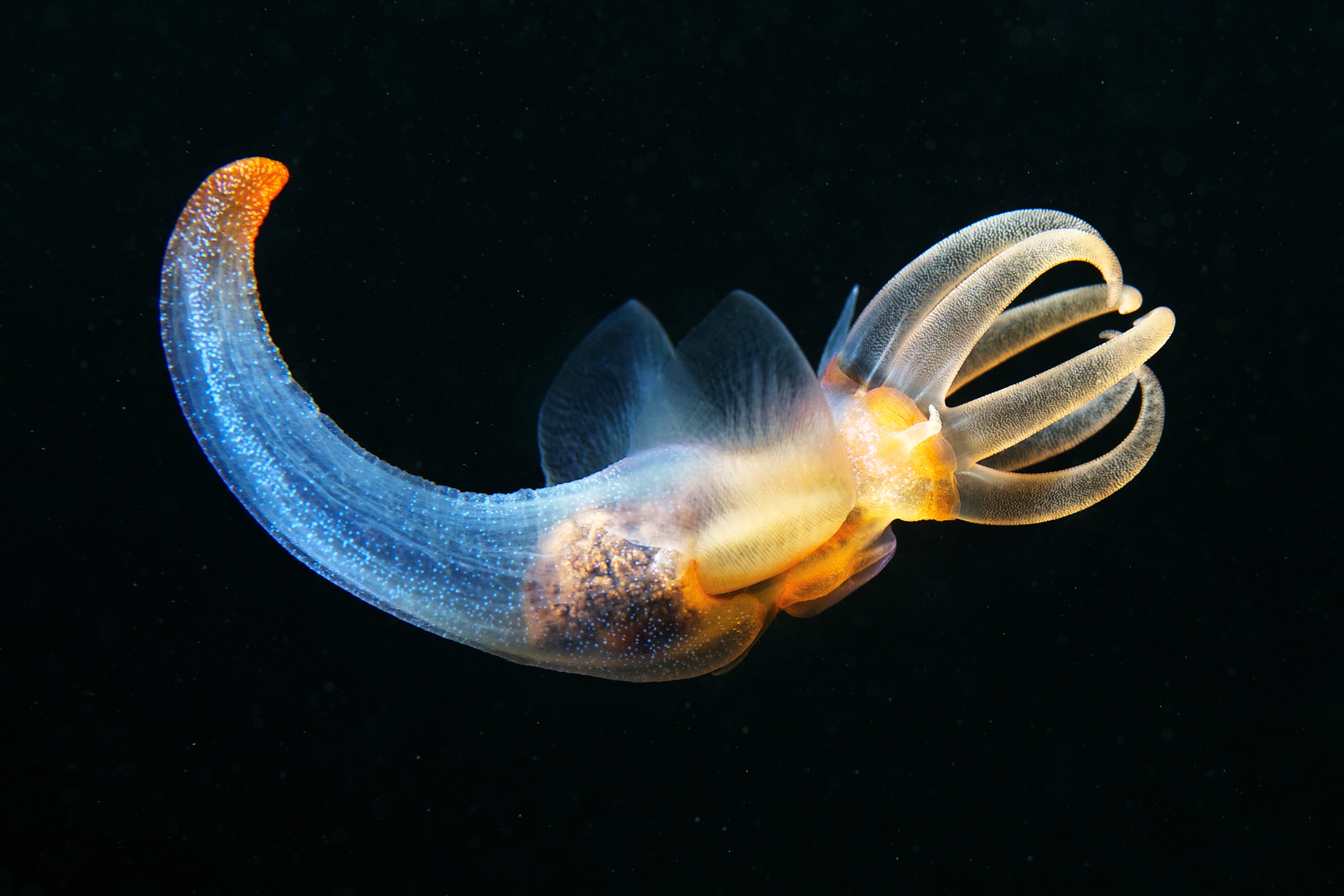 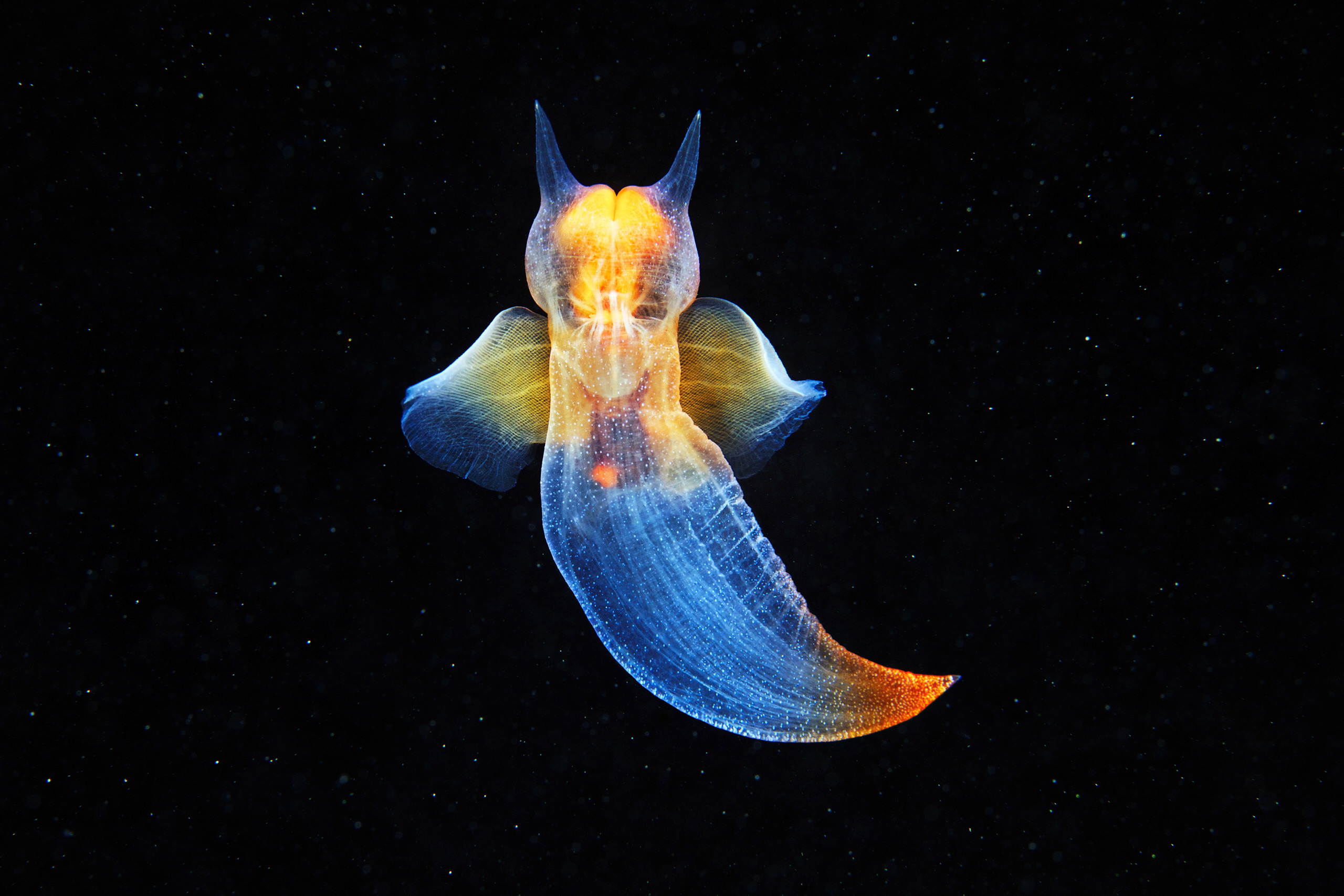