An amazing number of interesting things goes on underwater. For a marine biologist, it is like a huge book full of wonderful stories, whose pages you can turn by diving into different seas and oceans and discovering﻿ new things. Every dive and deepwater exploration are like poking a haystack with the tiniest of needles – the diver is the needle since he dives into a vast globe of water teeming with life and bumps into just a few of the inhabitants. The World Ocean is a living system of unimaginable scale: the oceans take up 71% of the surface of our planet and life is dispersed in the whole volume, not just the surface. All the exploration of the oceans, including divers, deep water robots, and manned submarines is actually nearly negligible. During the last 2000 years we have discovered a little more than 236 000 species of marine organisms, and according to scientists’ estimates, that is only 8-10% of what really lives in the oceans. This means, that somewhere in the depths there are 2-3 million species that have never been seen by human eyes. Ever. We do not even know what they might look like!

However, most people do not even know the look of many creatures that scientists are aware of. Everyone knows about sharks, whales, octopi, jellyfish and some other large marine animals, which have made their way into movies and encyclopedias. But the average person has never heard of salps, siphonophores, comb jellies, appendicularians, ascidians and many many others. My work aims to show a completely different world full of strange and wildly interesting things. I am sure that by publishing vivid popular science books, conducting classes at schools, creating lectures and movies about the underwater world, we can widen kids’ horizons, teach them new things and inspire them and adults to better understand marine biology and science in general. Striking popular science projects raise new generations of researchers and also help people understand, value and love our wonderful planet. 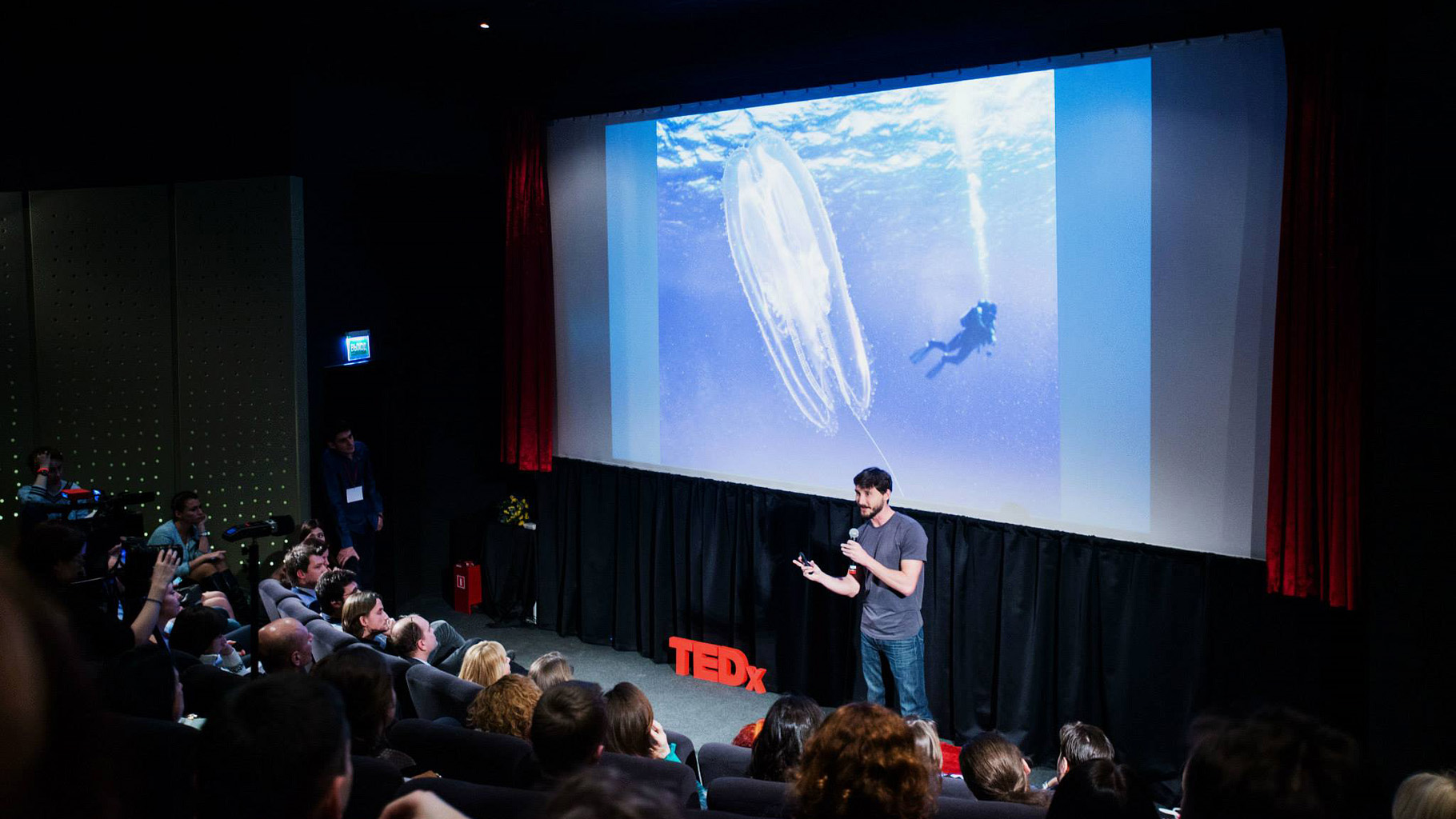 My team and I have been doing all of these things for several years, basing our work at the White Sea Biological station of the Moscow State University. We are all young scientists, professional divers, and marine biologists. We have created our own expeditionary popular scientific project and named it Aquatilis. The aim of the project is finding, studying and photographing the most interesting and unusual denizens of the ocean. Not only do we photograph animals and tell people about the underwater world, but we also create the image of the travelling scientist, who dives below the ice under the northern lights and studies other worlds and stays open, focused, full of fire and enthusiasm. We became scientists and travellers because we were inspired by the adventures of Jacques Yves Cousteau and his team and read holes through the books of Jules Verne and Thor Heyerdahl. That is why it is important for kids and teens to look at our adventures and dream of becoming underwater explorers, as many dreamed of being space explorers 50 years ago. And if at least one child will decide to become a scientist when he or she grows up, then we succeeded. Maybe that child will change our world.

Currently Aquatilis is mostly involved in creating movies and content for large TV corporations, publishing books with vivid images and stories from the underwater world, conducting popular scientific lectures for the public and teaching classes in elementary schools, collaborating with scientists and museums all over the world and doing joint projects with large and small commercial companies. And we feel that is just the start.