Several hundred million years ago, cephalopods were the dominant species in the World Ocean. Nautiloids, ammonites and belemnites made up a huge portion of marine fauna and practically ruled the underwater world. Today, we know of more than 10,000 extinct and about 800 modern species of cephalopods, including squids, cuttlefish and octopuses. This group also includes the Nautilus and deep-sea vampire squid (Vampyroteuthis infernalis – that’s its real name!). Modern species of cephalopods are highly developed creatures with an advanced nervous system, excellent vision and intellect. They are able to change their shape and colour and even imitate other animals. Cephalopods are predators who have cultivated their hunting skills and developed them to perfection over millions of years. But even they have enemies. Cephalopods protect themselves from their enemies in a variety of ways: they have poisonous saliva, use camouflage, disperse a large cloud of ink or use jet propulsion.

Cephalopods are incredibly diverse. They vary widely in size, ranging from a few centimetres up to 18-meter giants, – that’s the size of the giant squids which occasionally rise up from the depths of several kilometres. It is extremely rare to find them alive, and scientists often only get their half-digested remains and the beaks of these squids. They are found in the stomachs of dead sperm whales that have been washed out to shore. Some species reside at very great depths, and some types are not yet known to science. There are still many places in the incredibly vast World Ocean where no researcher has ever been. 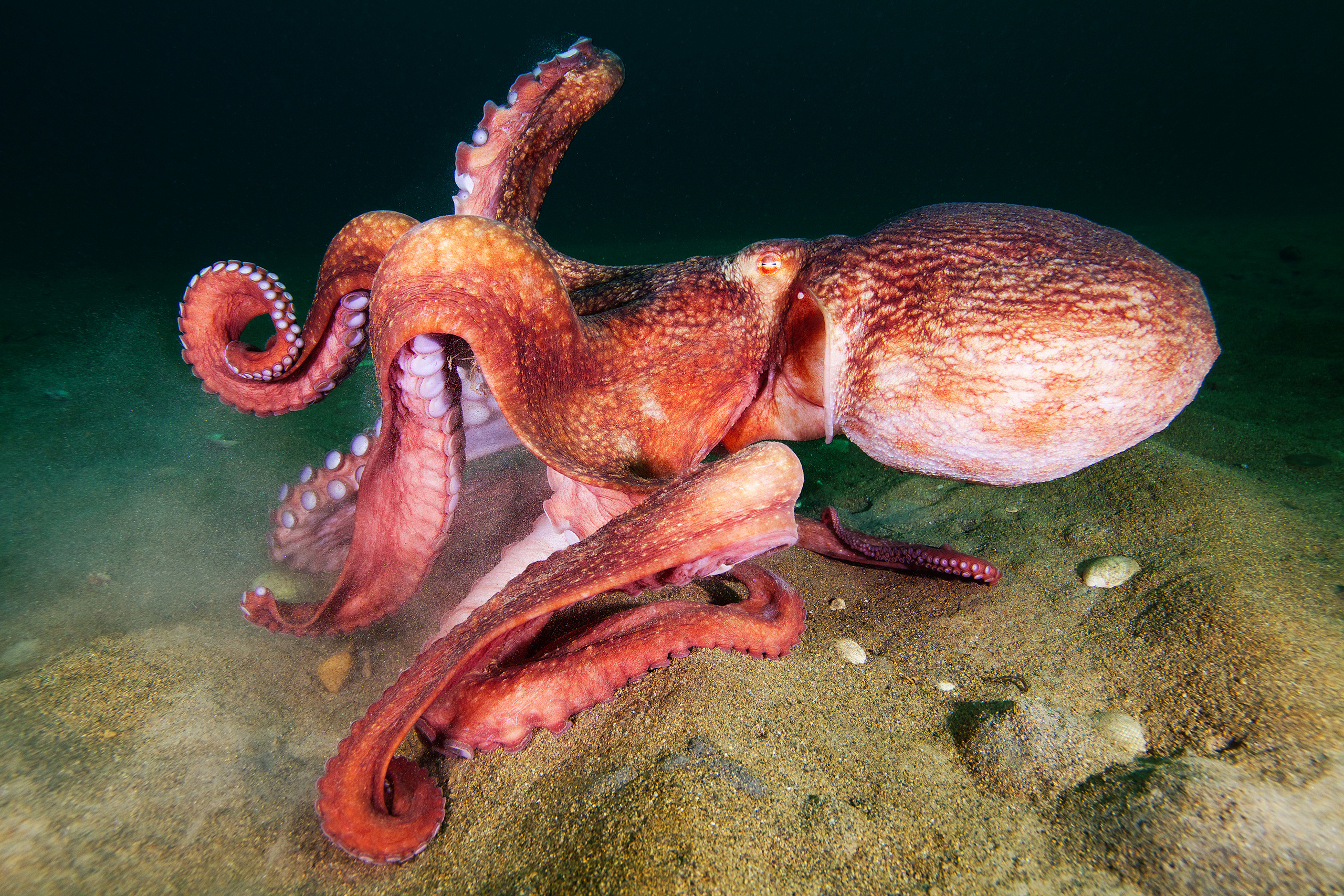 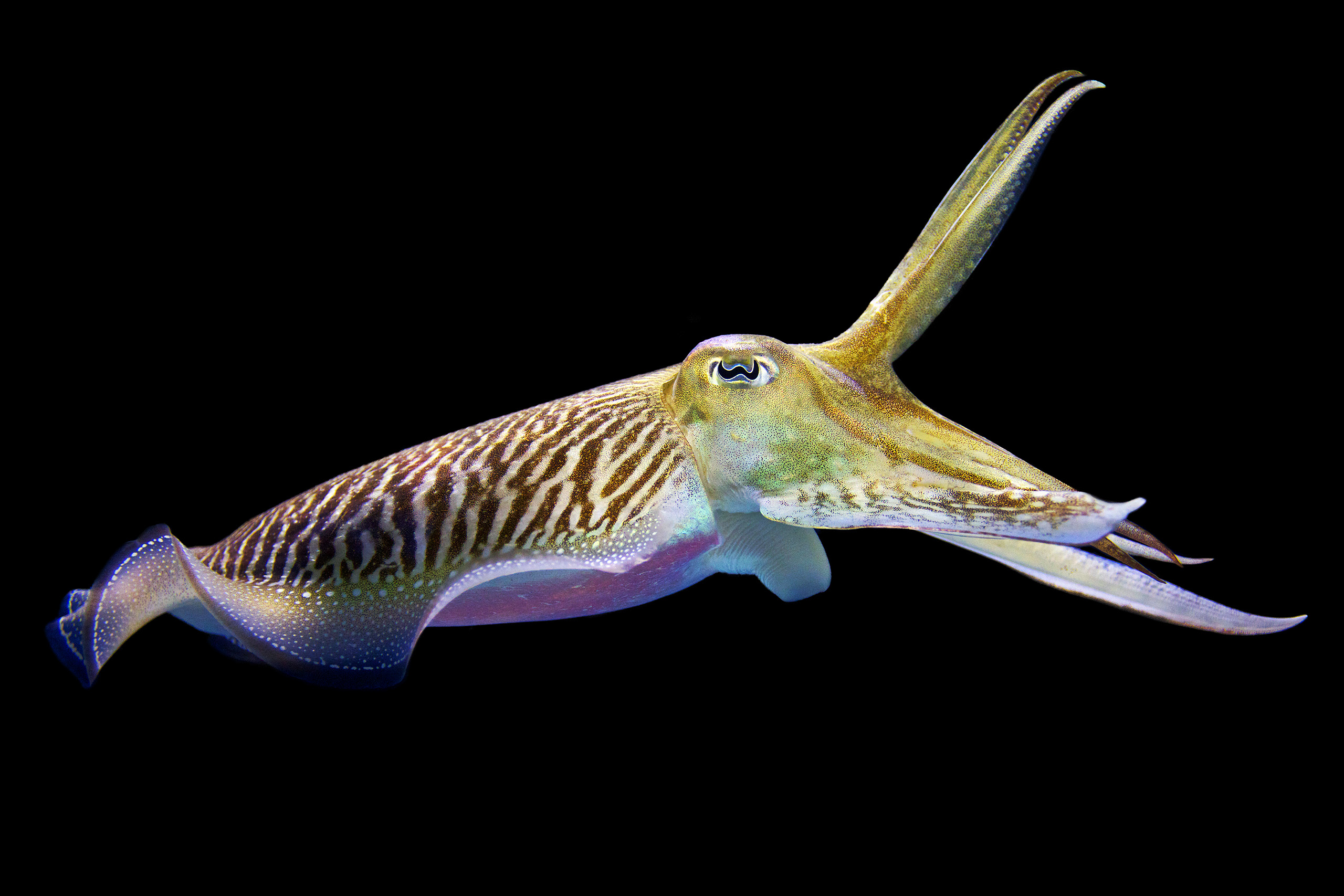 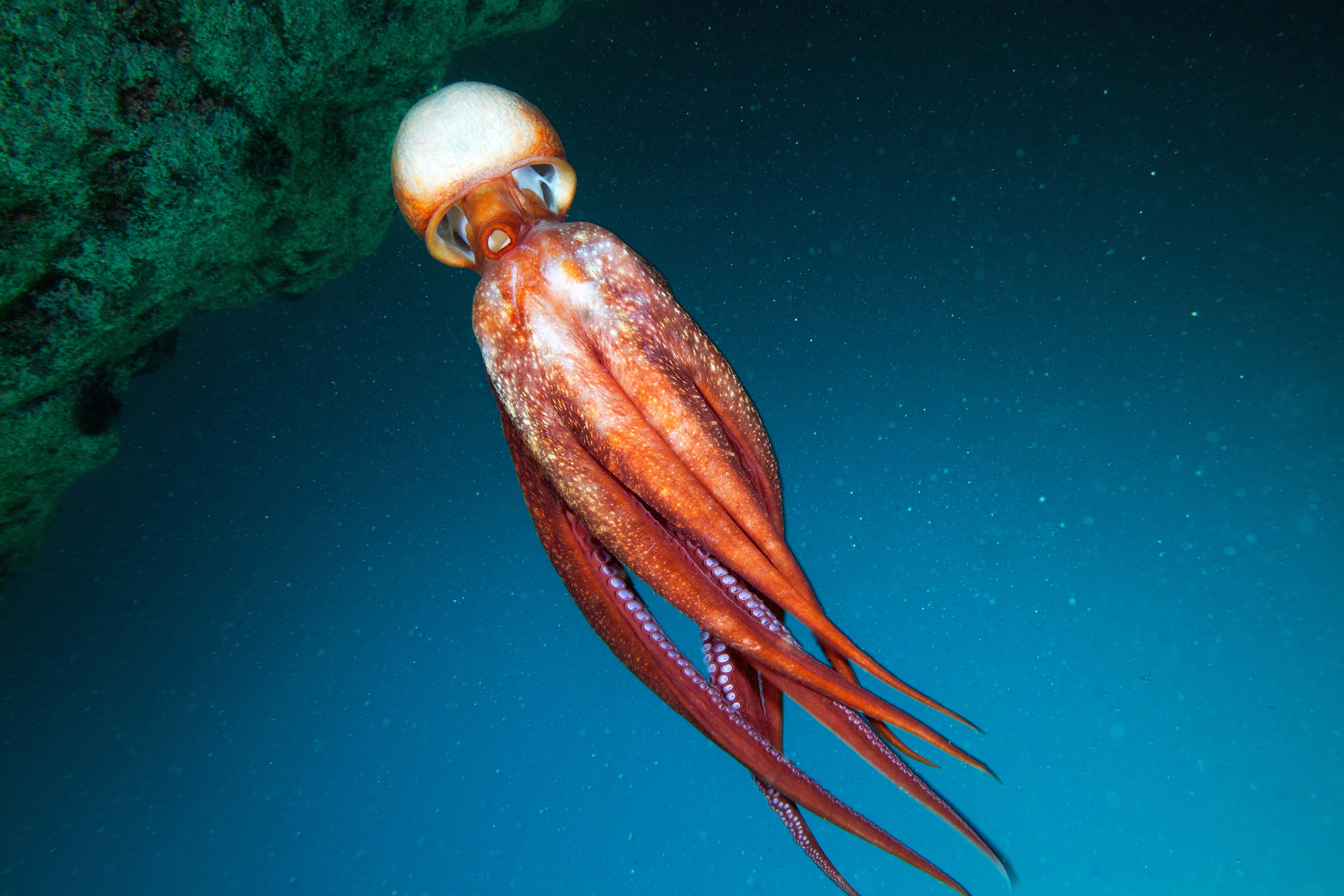 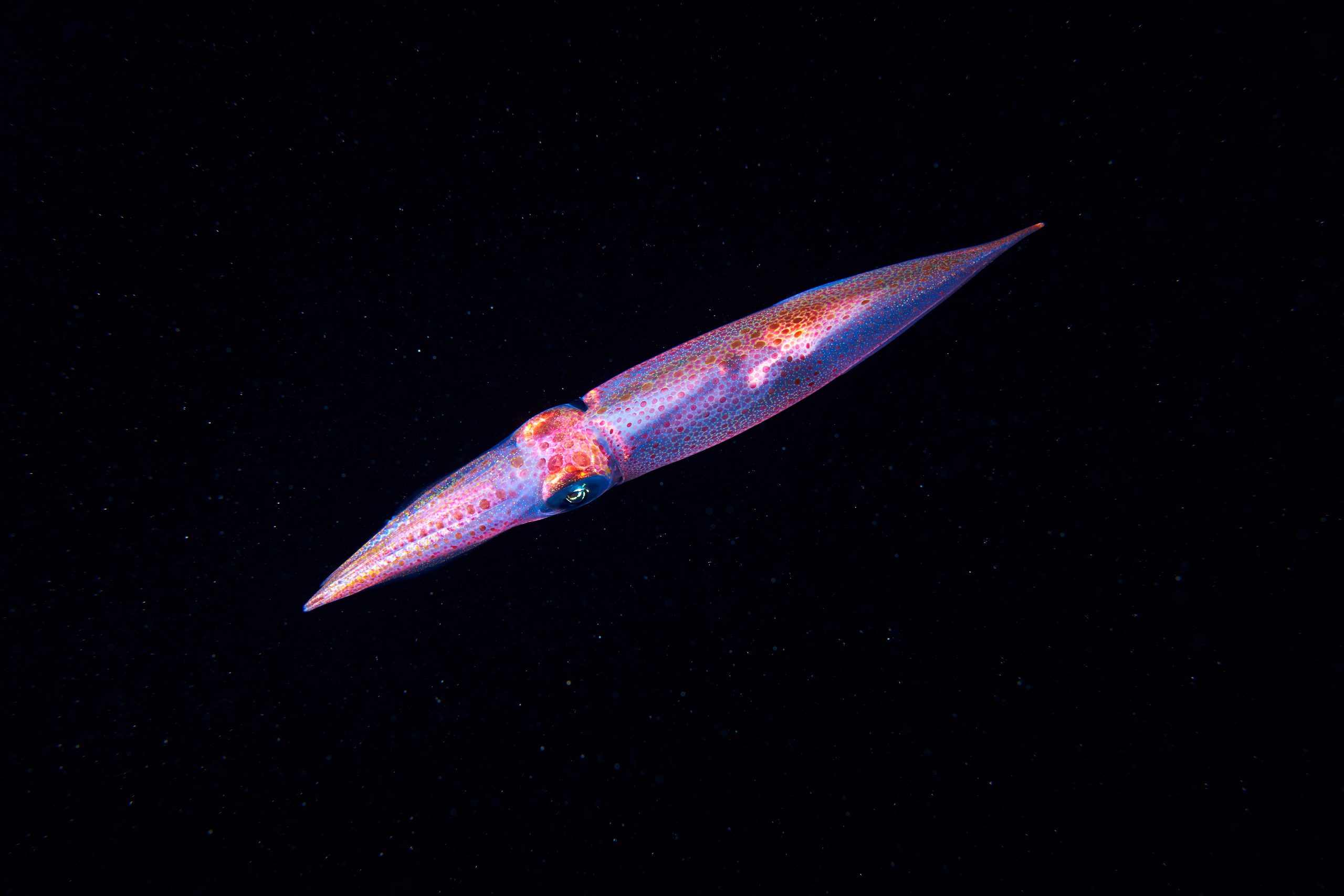 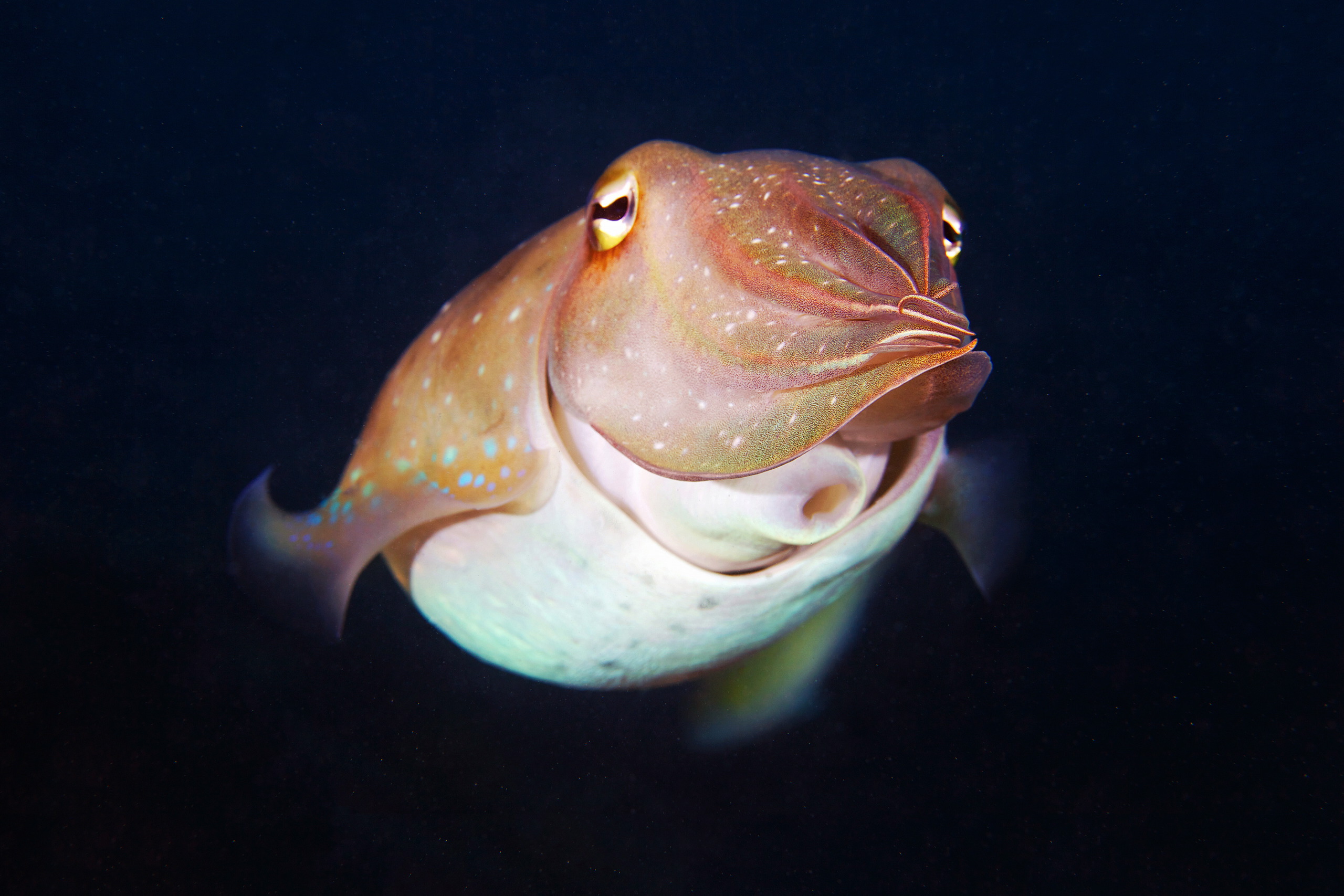 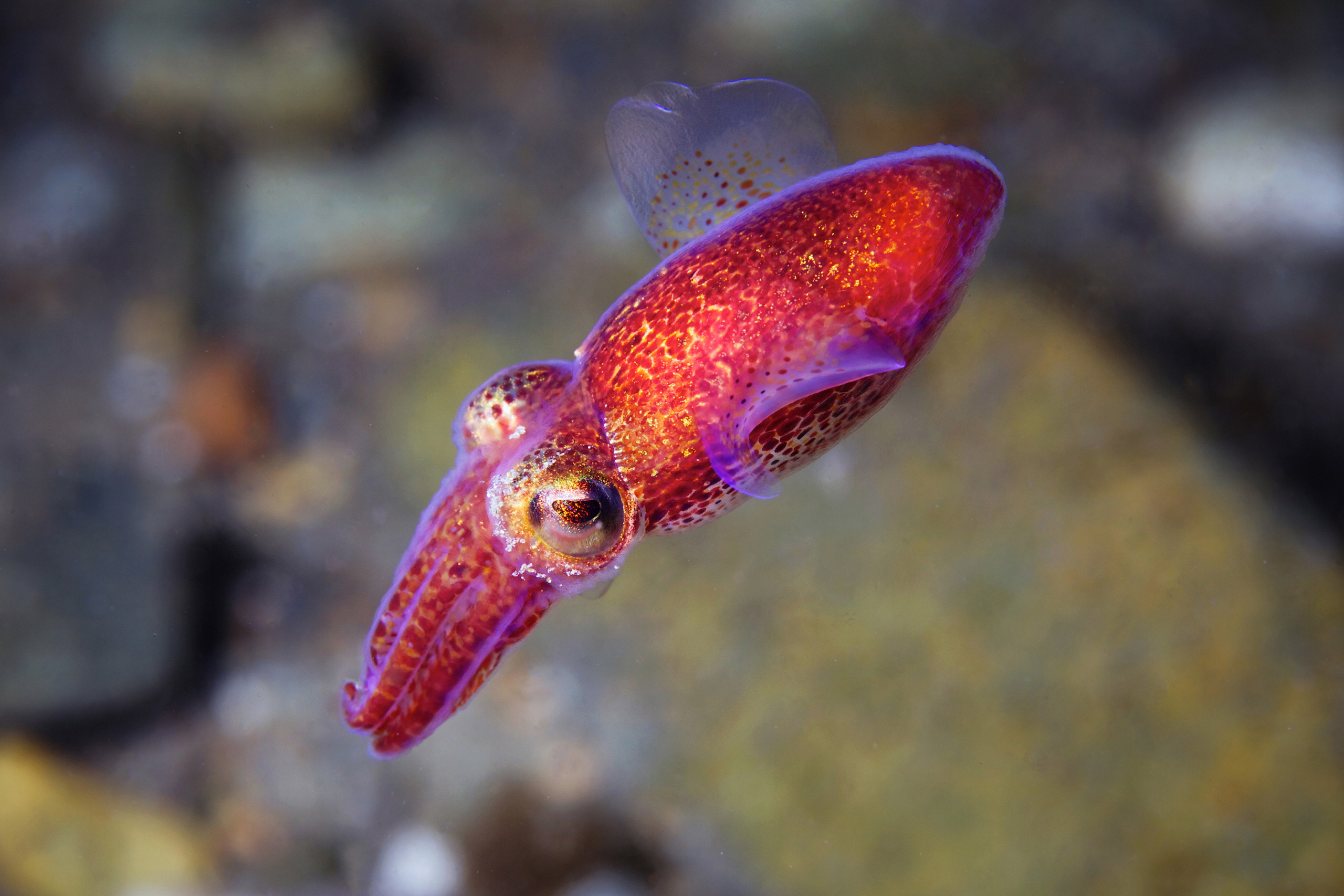 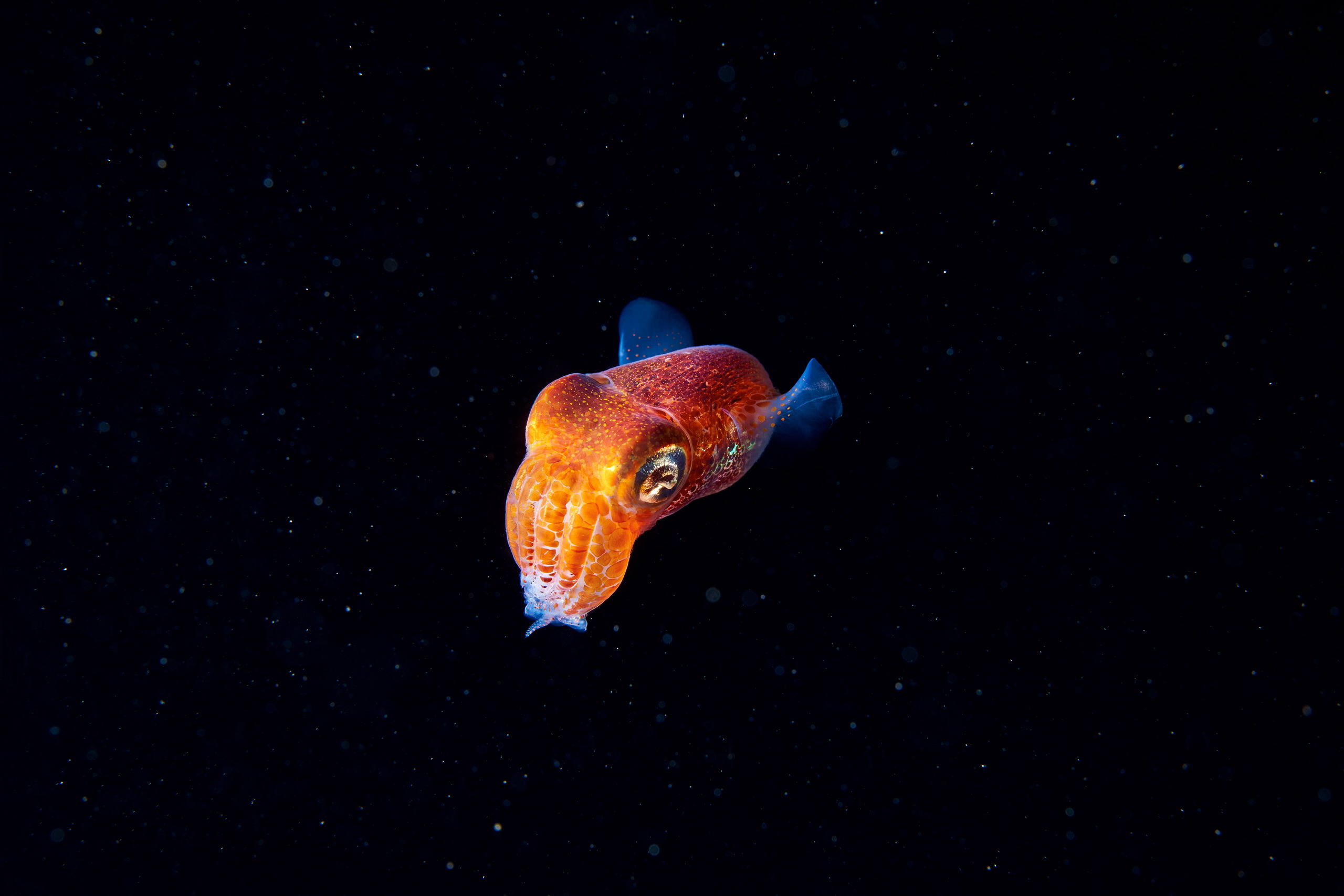 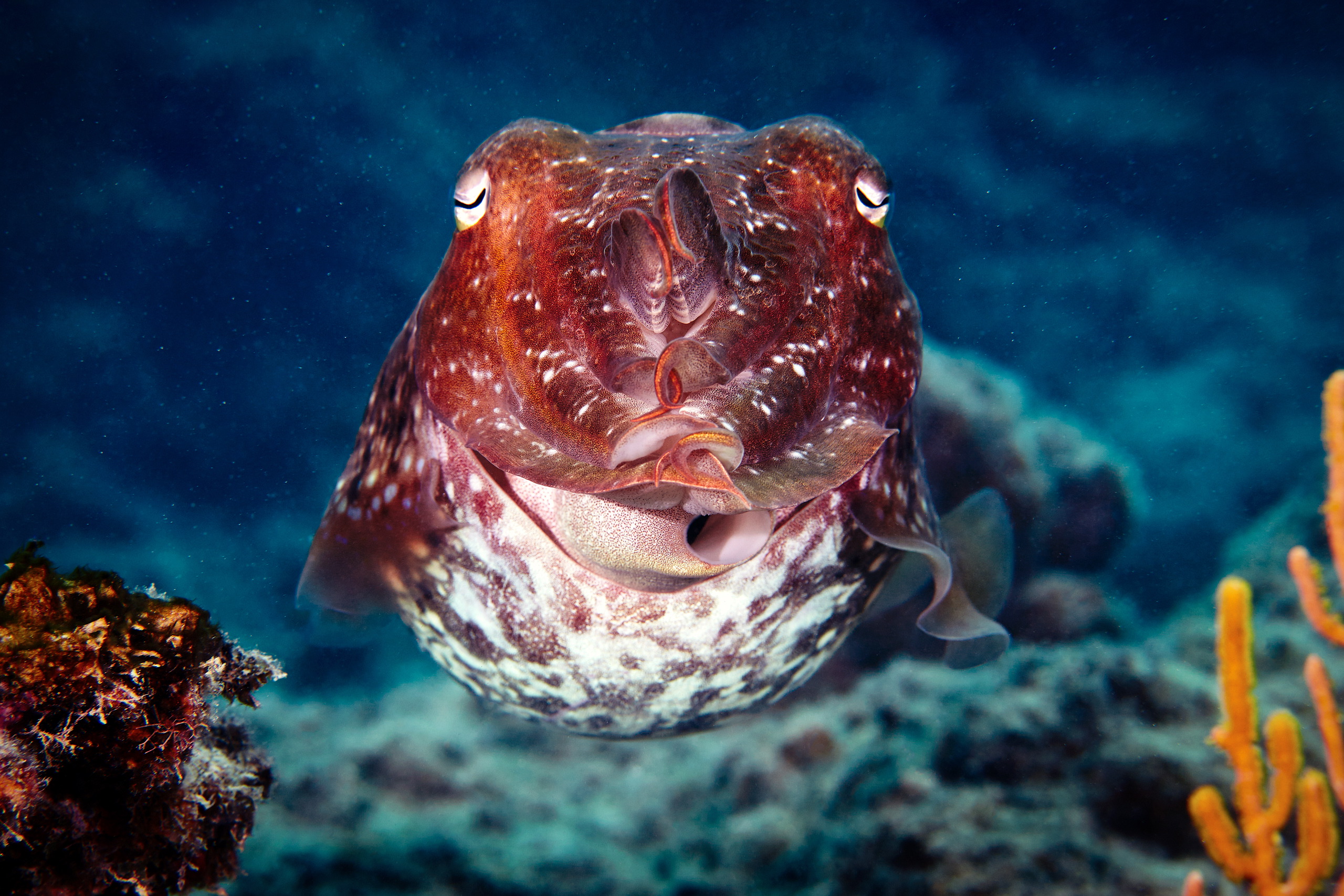 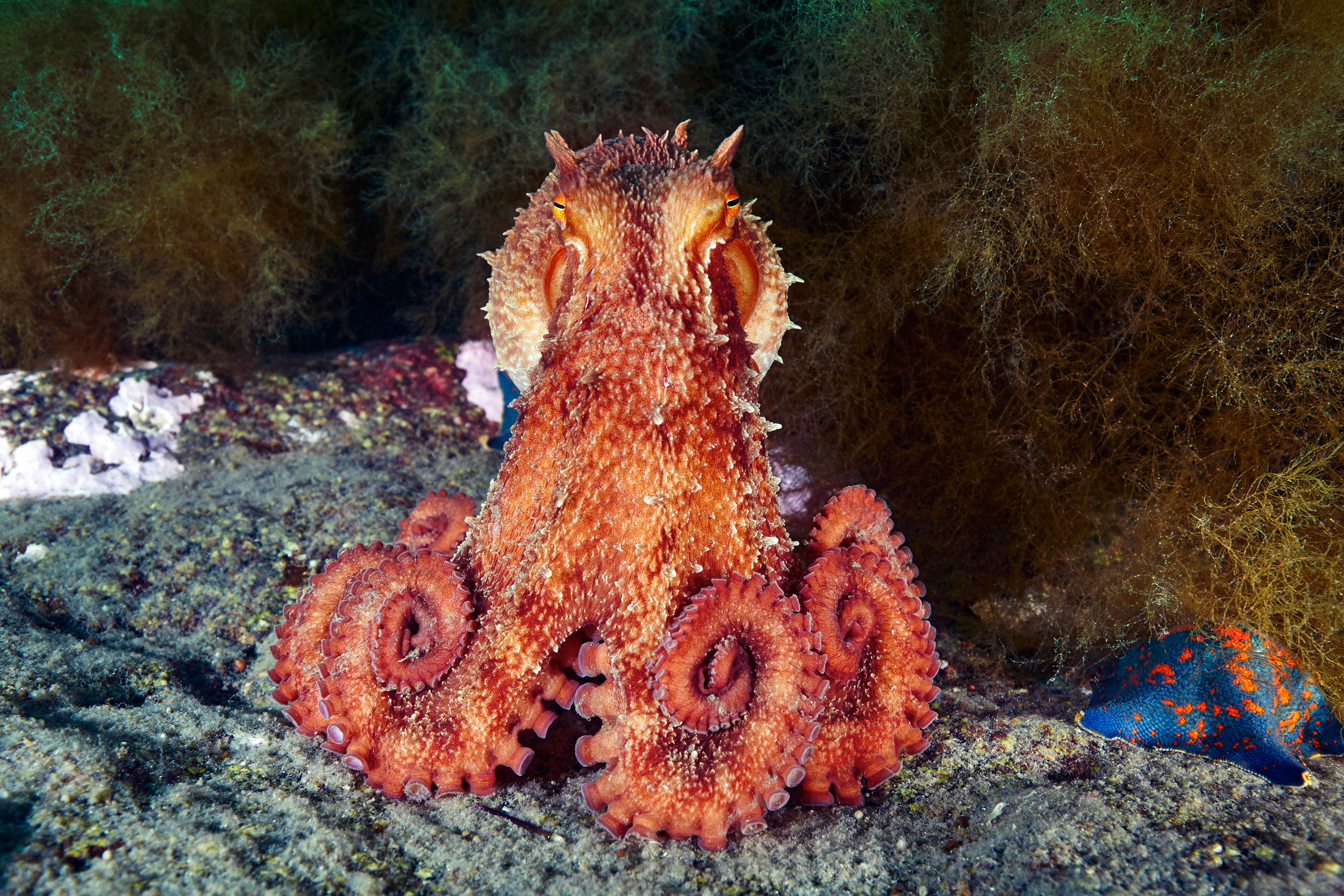 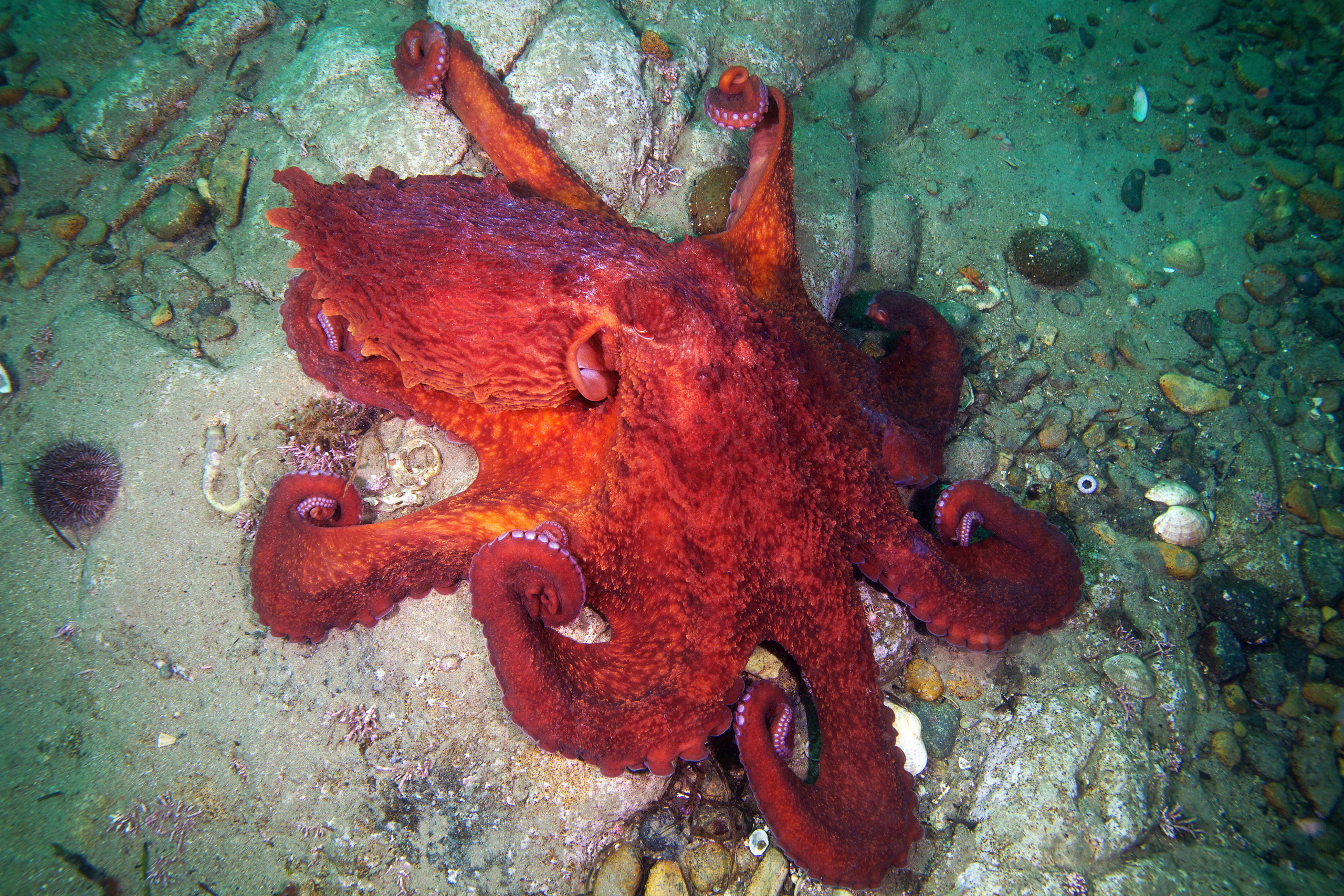 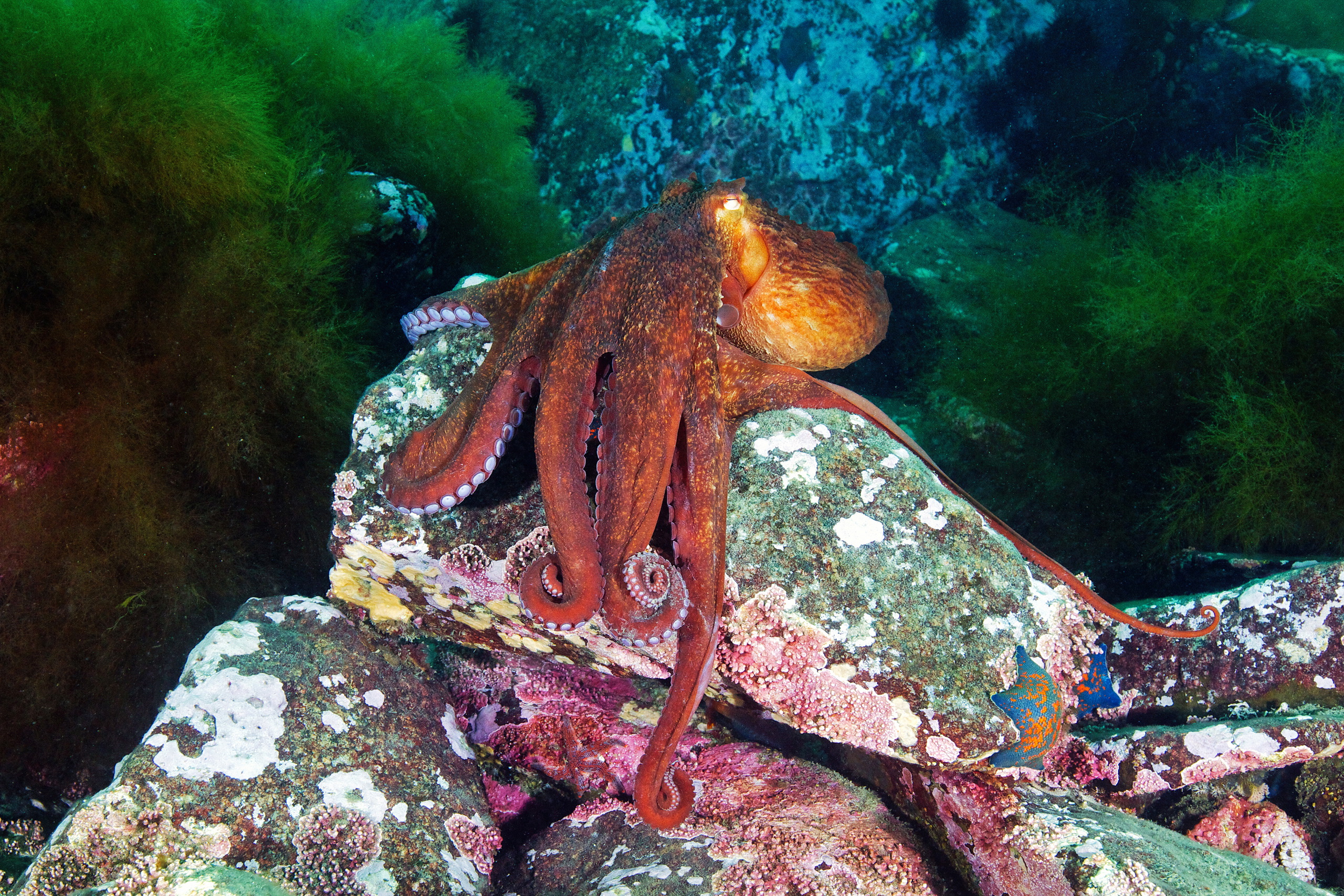 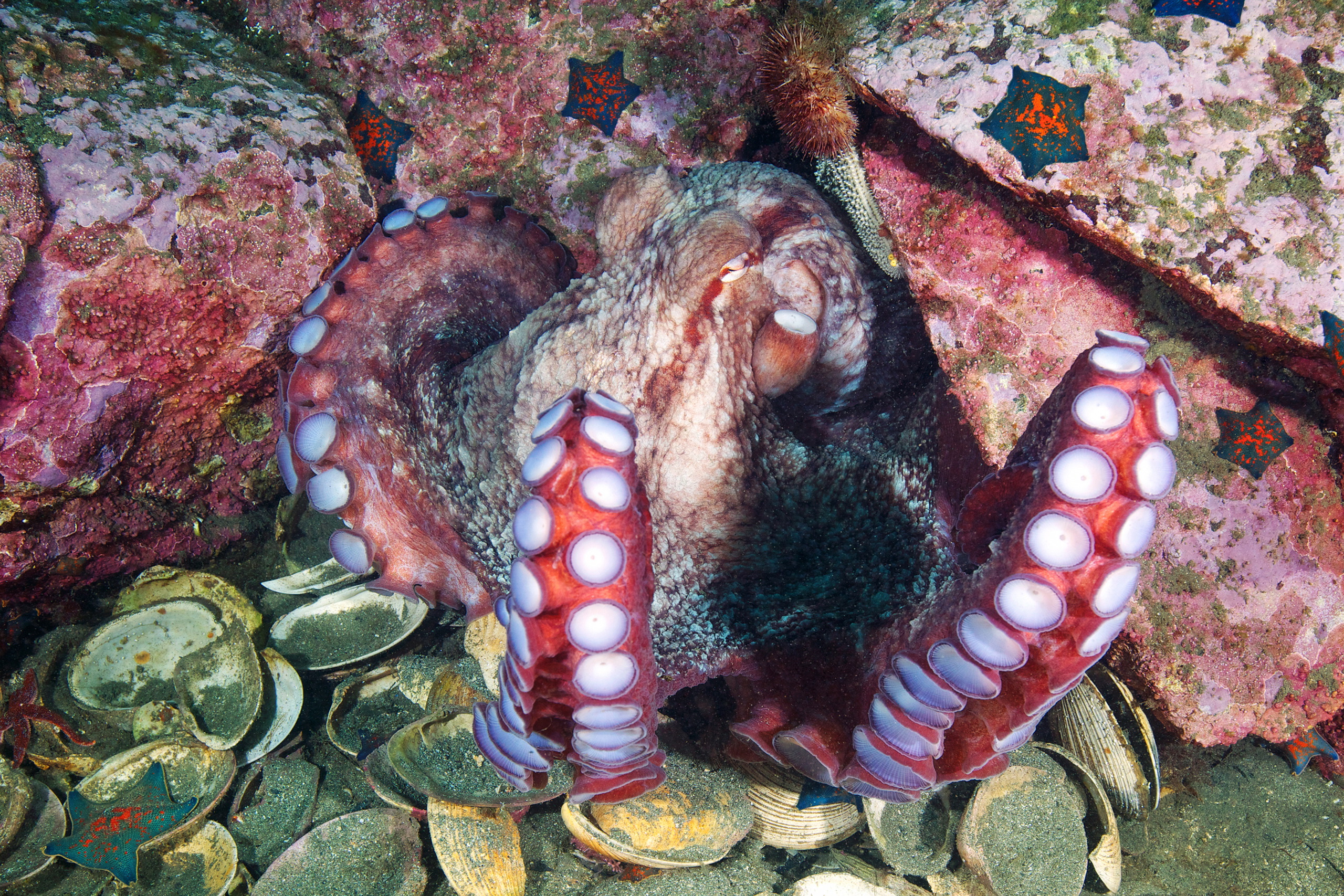 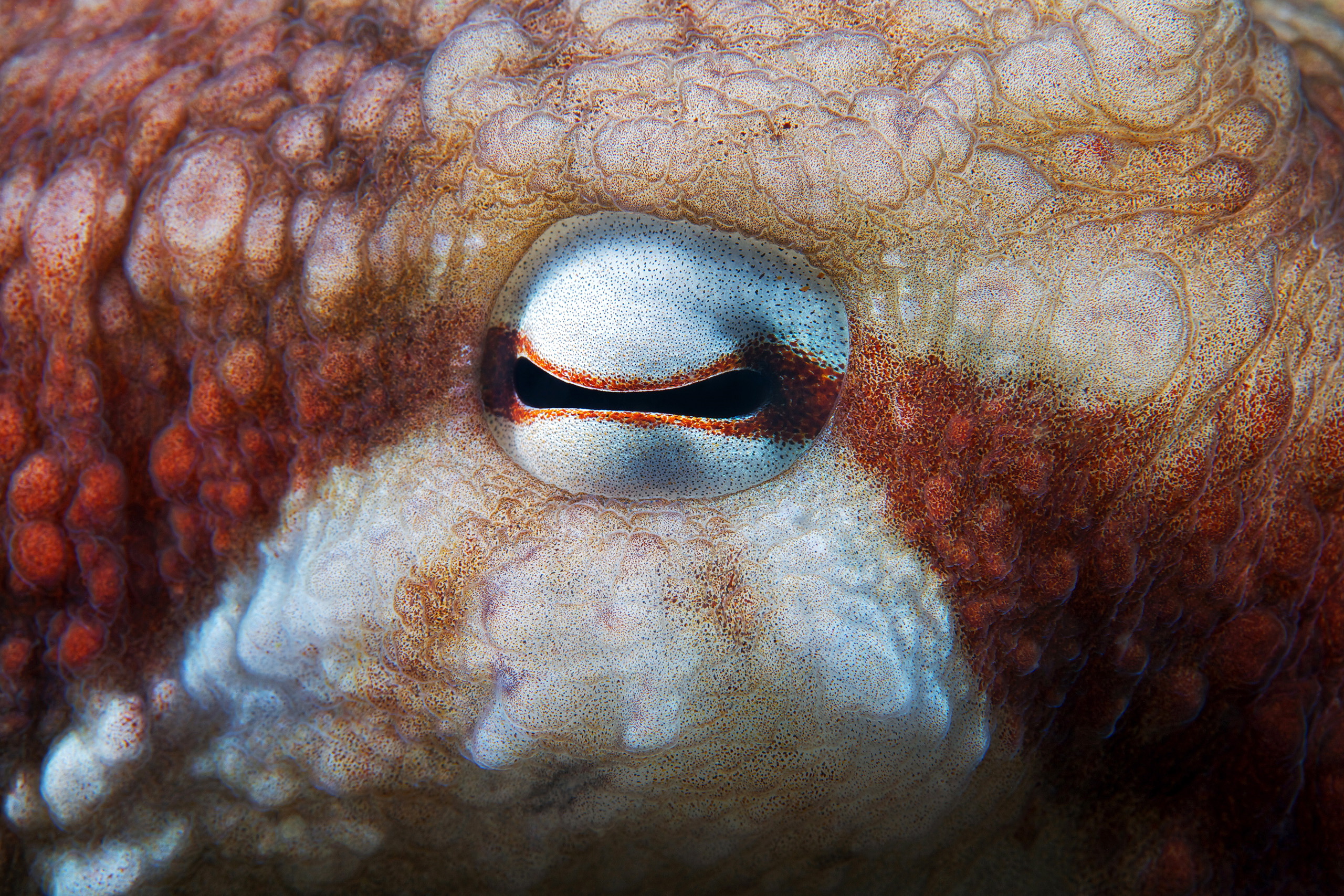 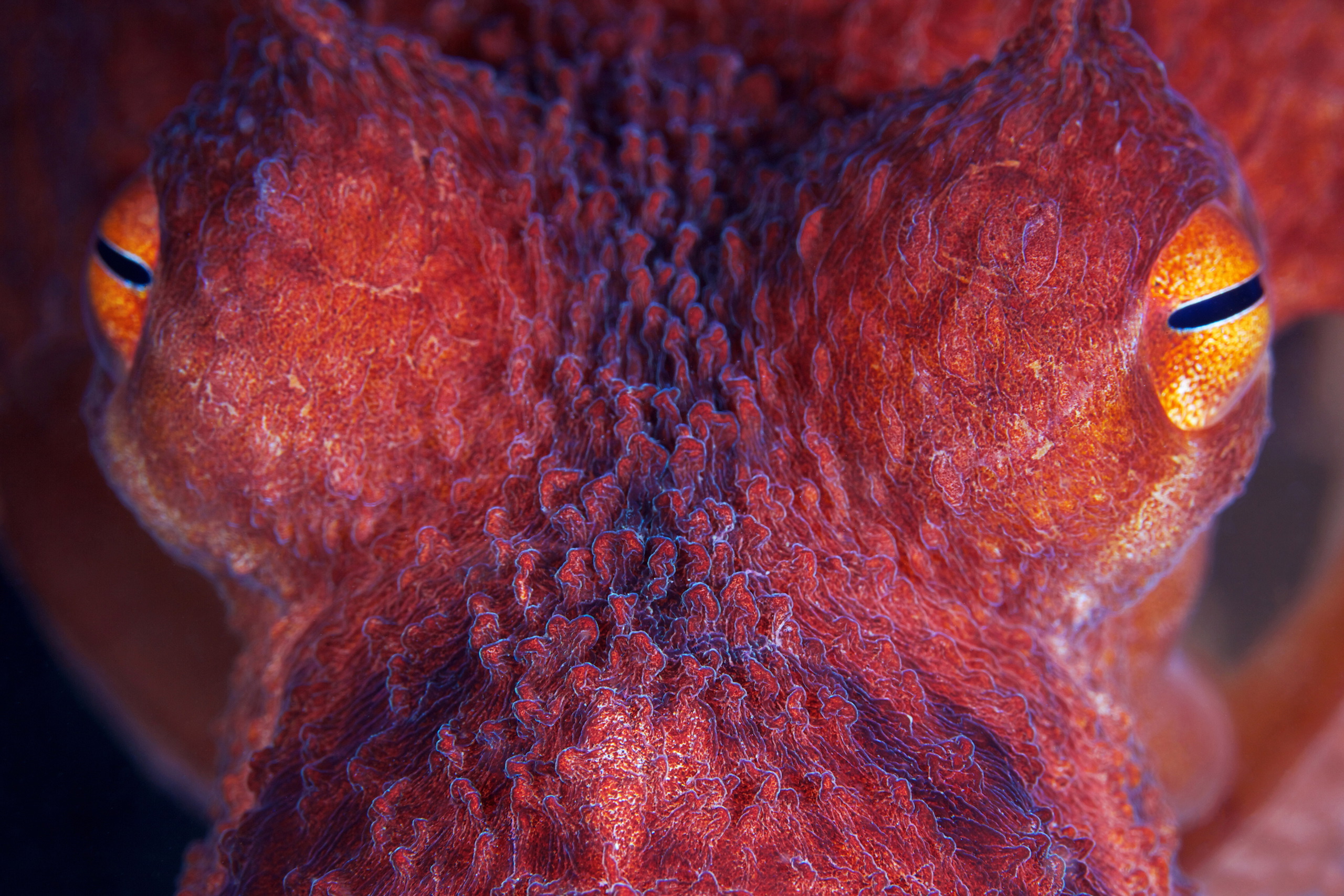 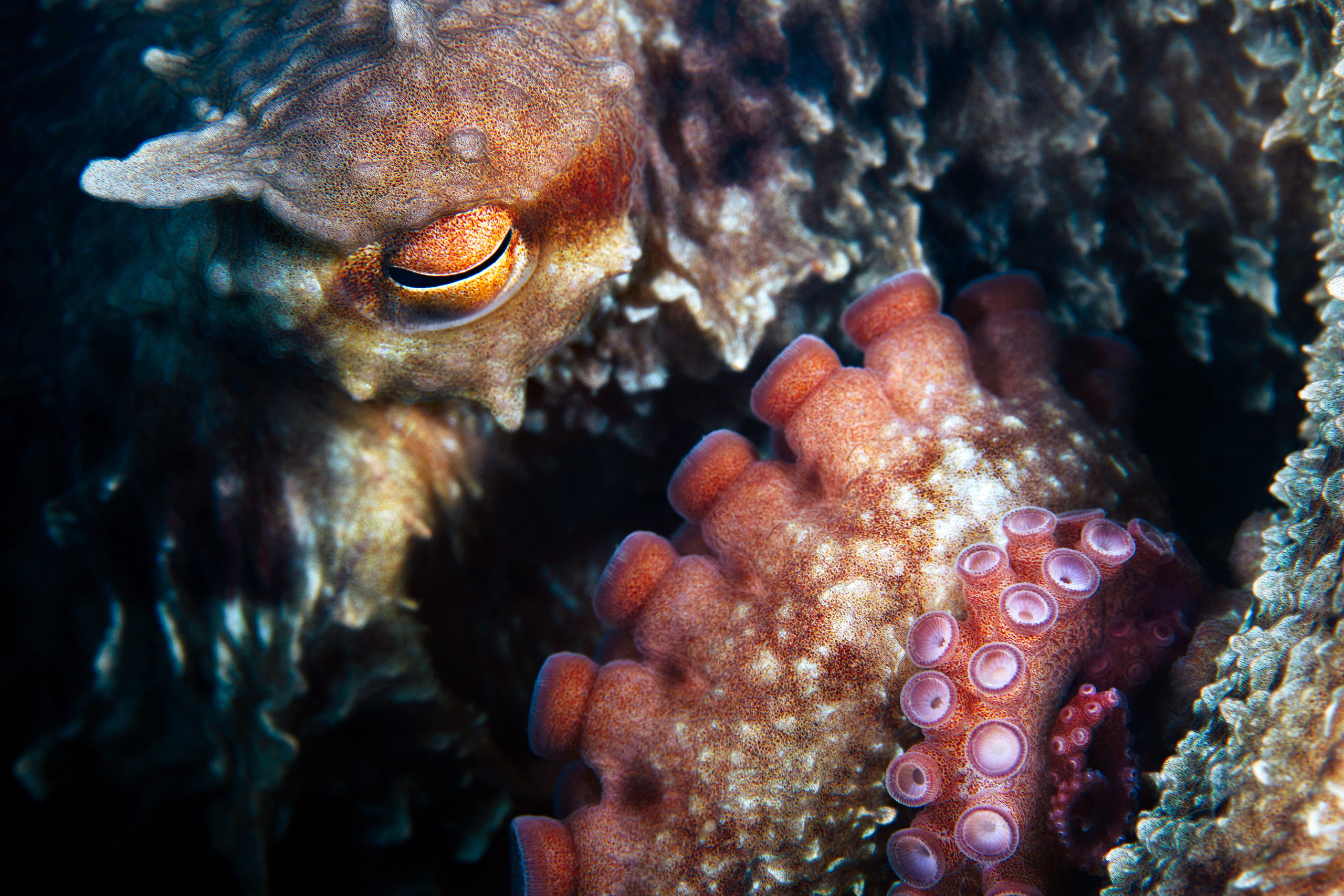 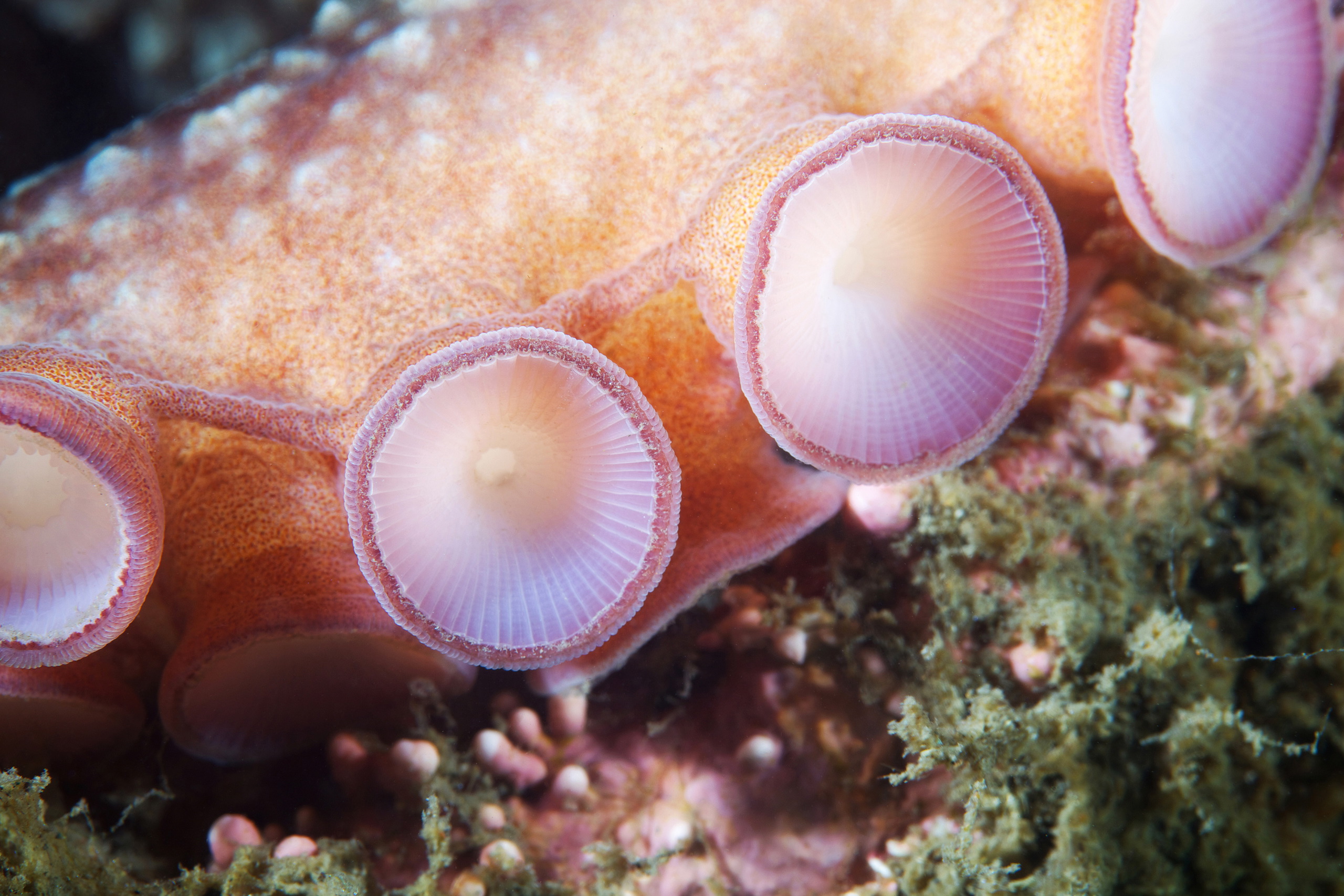