Actinia is a large group of sedentary cnidarians. These coral polyps are usually large solitary animals that attach themselves to solid substrates with their powerful feet. However, some Actinia transitioned to a burrowing lifestyle during their evolution and have no special attachment organs. These creatures have a cylindrical body with an oral disc at the top, which has a slit-like mouth surrounded by numerous stinging tentacles. Like other cnidarians, they are predators and feed on zooplankton, small crustaceans, polychaetes, fish and even jellyfish. Actinia have no internal skeleton. Instead, their shape is held together by the muscular walls of their bodies and their intestine cavity, which they can completely isolate from the surrounding environment by simply closing their mouths. When an Actinia closes its mouth, the water that remains inside acts as a hydroskeleton, shaping and toning the entire body. The Actinia stretch, shrink, move, burrow and bend thanks to their hydroskeleton and muscles which work in unison.

There are over 1,000 species of Actinia in the oceans, and they are very widespread, however, most of them live in tropical and subtropical waters. But you can find a wide range of fascinating and beautiful Actinia in Arctic seas as well. Thickets of Actinia often look like colourful meadows filled with alien flowers. Nevertheless, in the cold seas, you are more likely to encounter dense settlements of just one biological species, which can still cover entire underwater cliffs or multiple square kilometres of the seafloor.

Unlike Actinia, soft corals are colonial animals; each branch of the coral “tree” has several small zooids (single animals), each with a rim of eight pinnate tentacles and a small mouth. Each zooid preys on small zooplankton and if its hunt is successful, it provides the entire colony with nutrients. There is a huge variety of soft corals in the World Ocean, but there are only a few species of them in the northern seas. Soft corals do not form reefs and often live solitary lives. The northern species, however, can not only settle on solid substrates but also on the vast silty plains of the sea floor. This means that when you dive deep down, you can encounter these creatures in places that are practically barren. Some of them have very bright colours, while others are completely colourless. 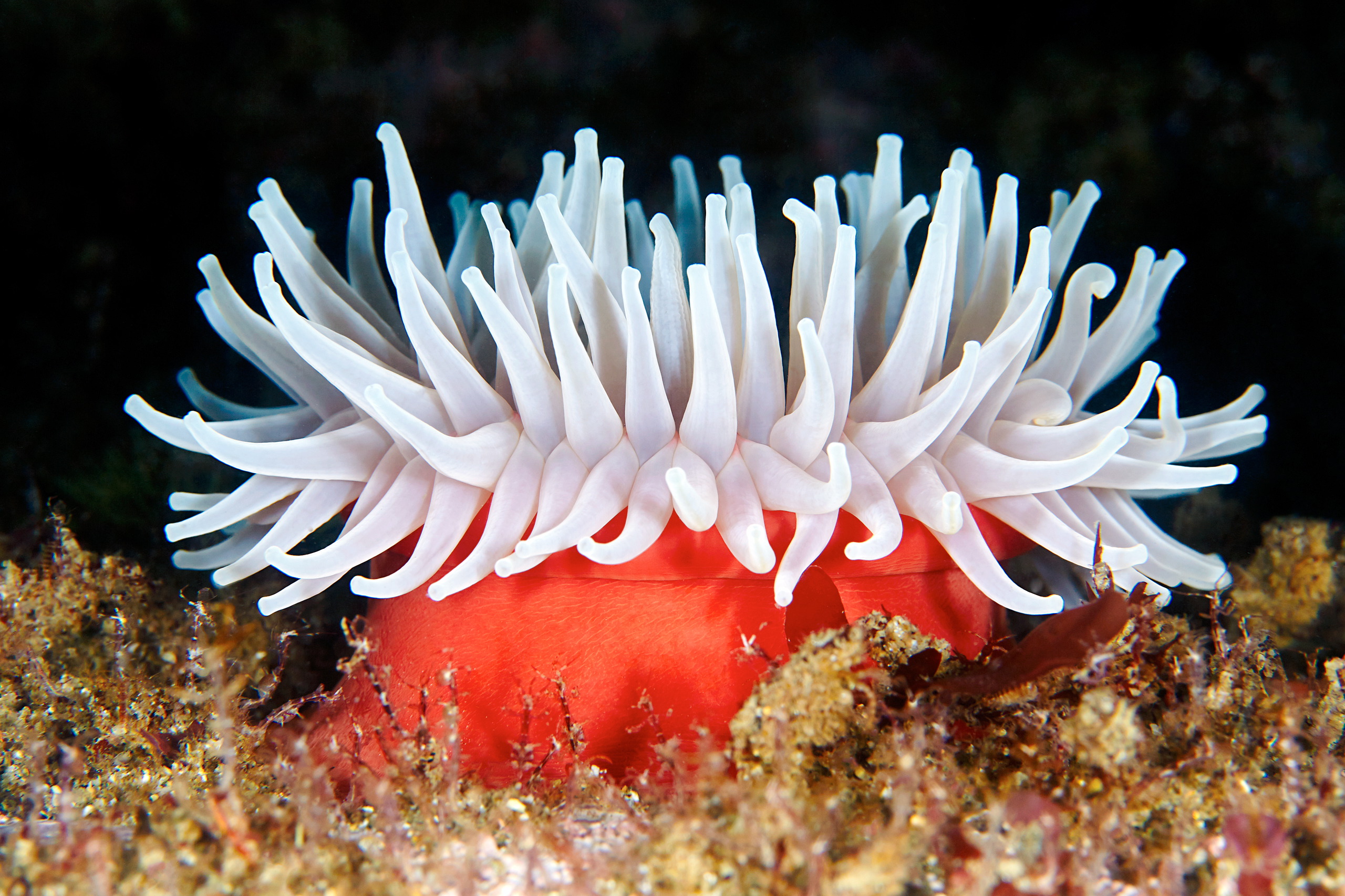 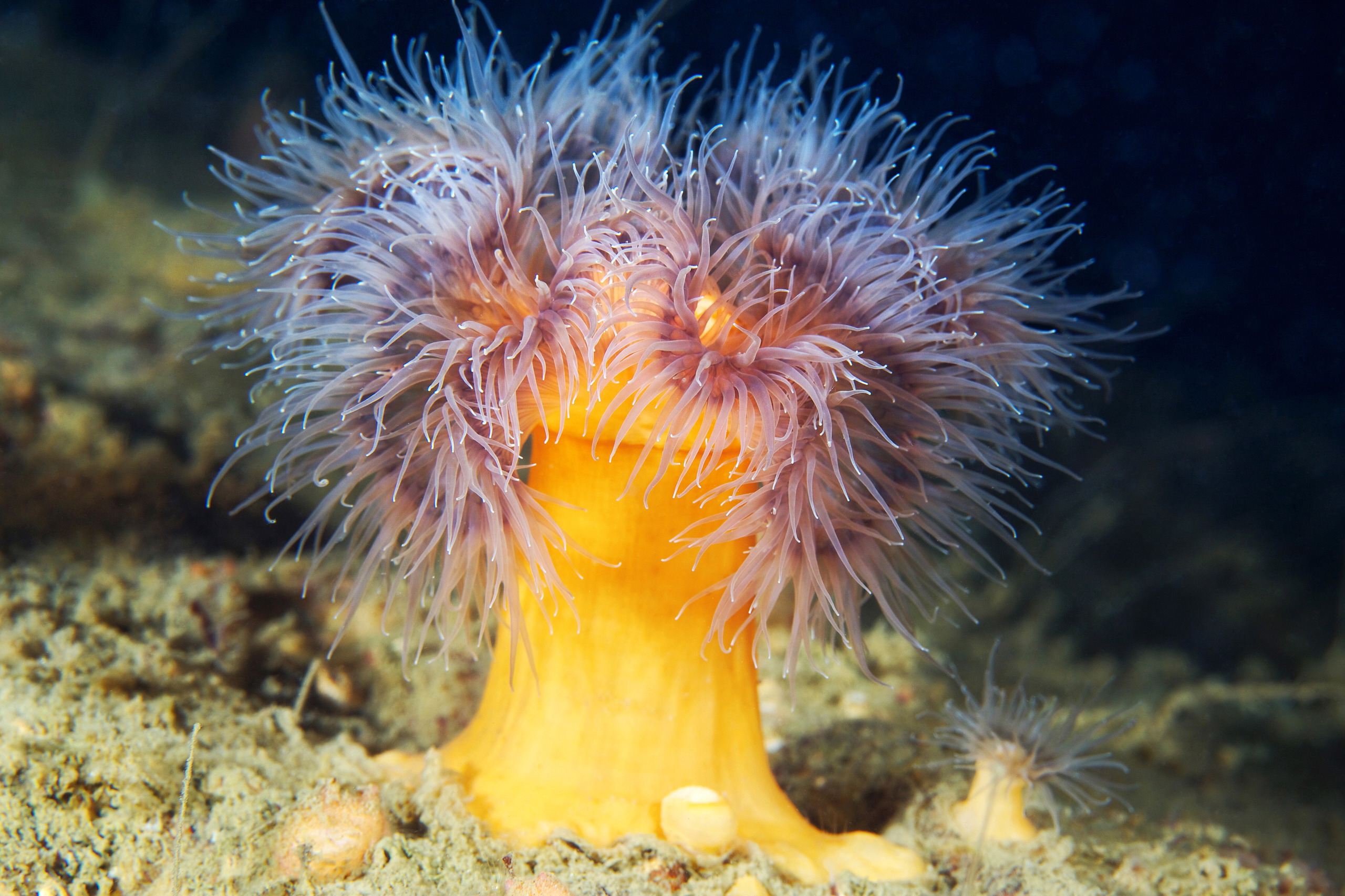 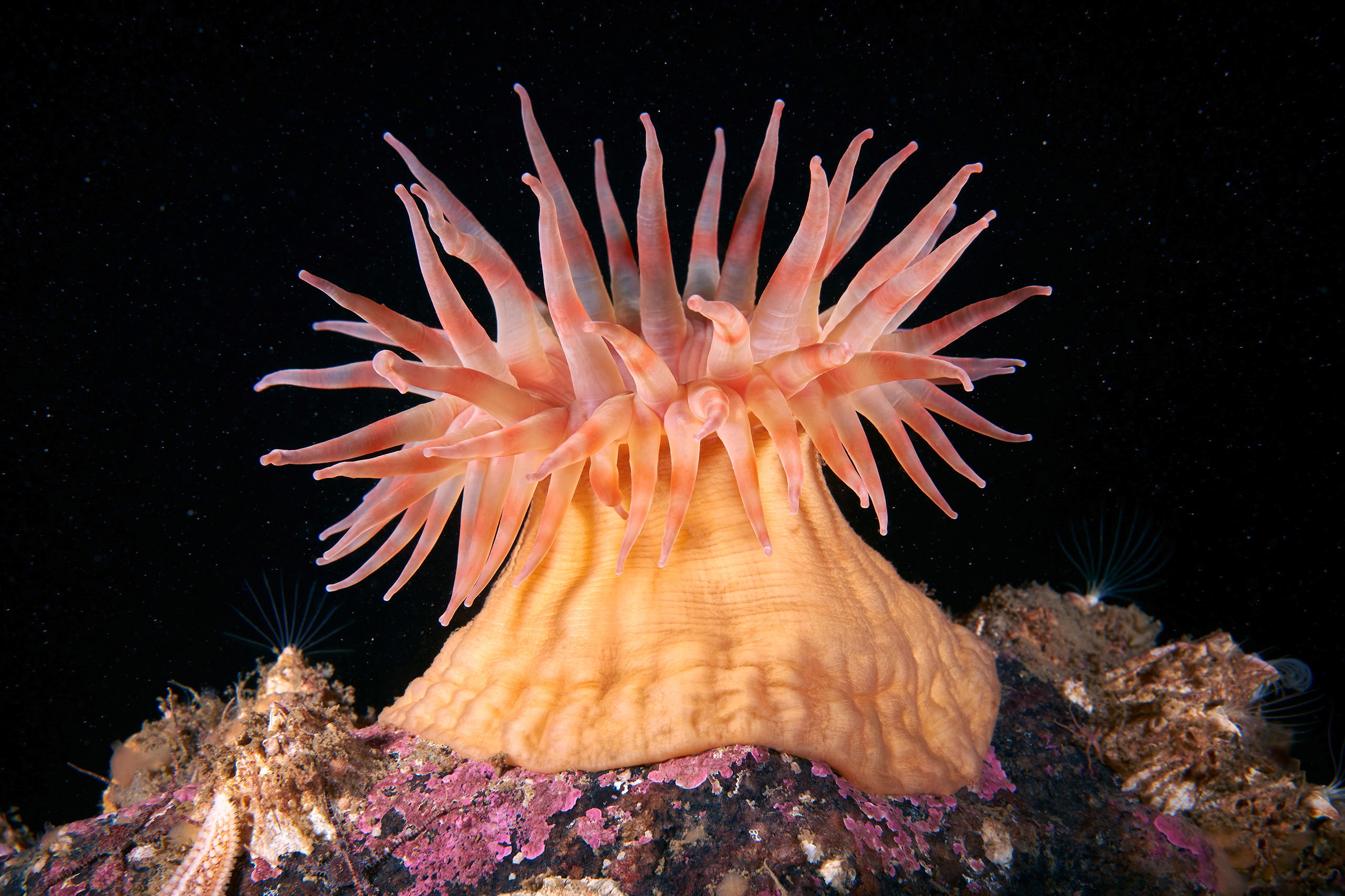 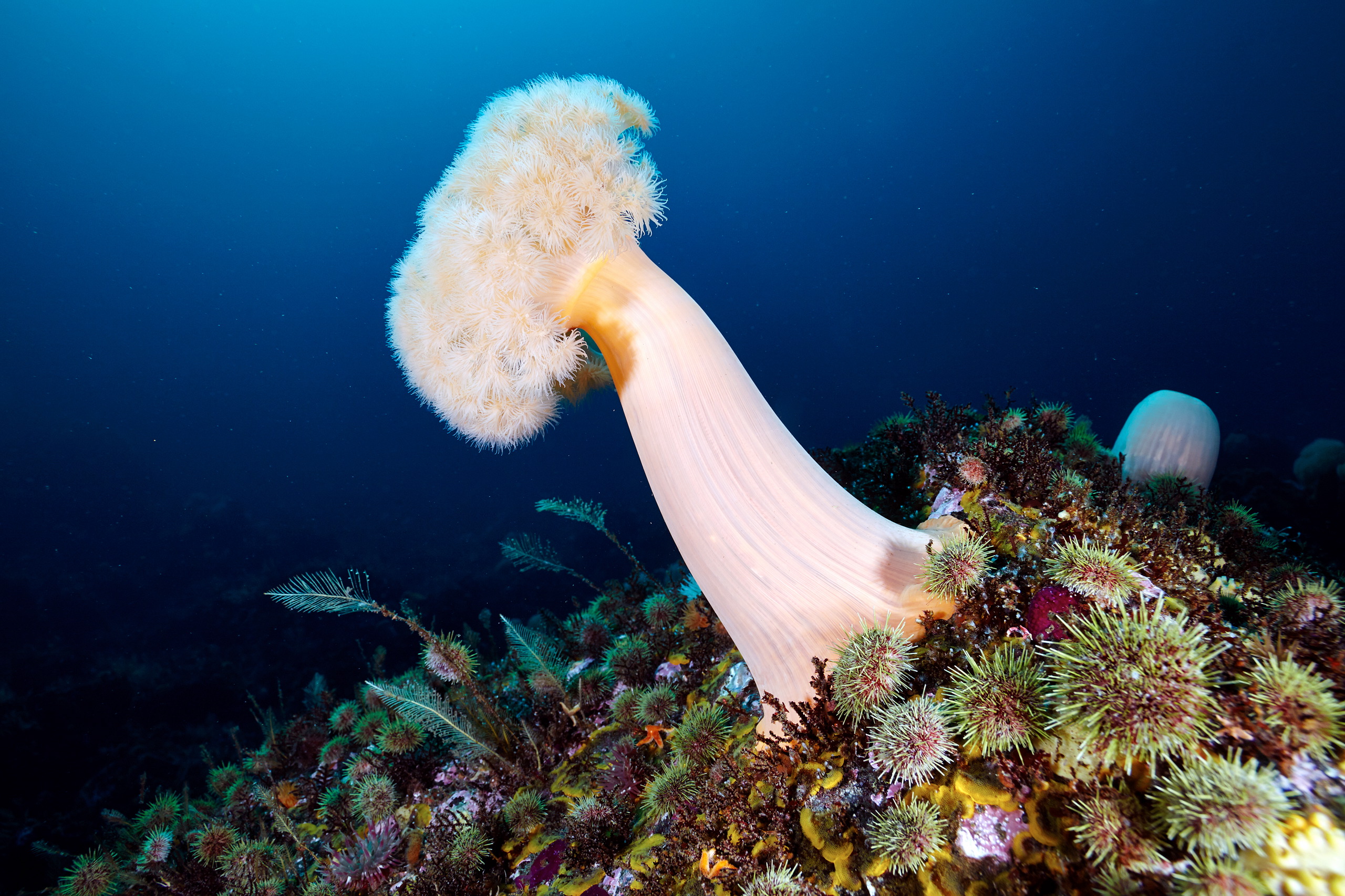 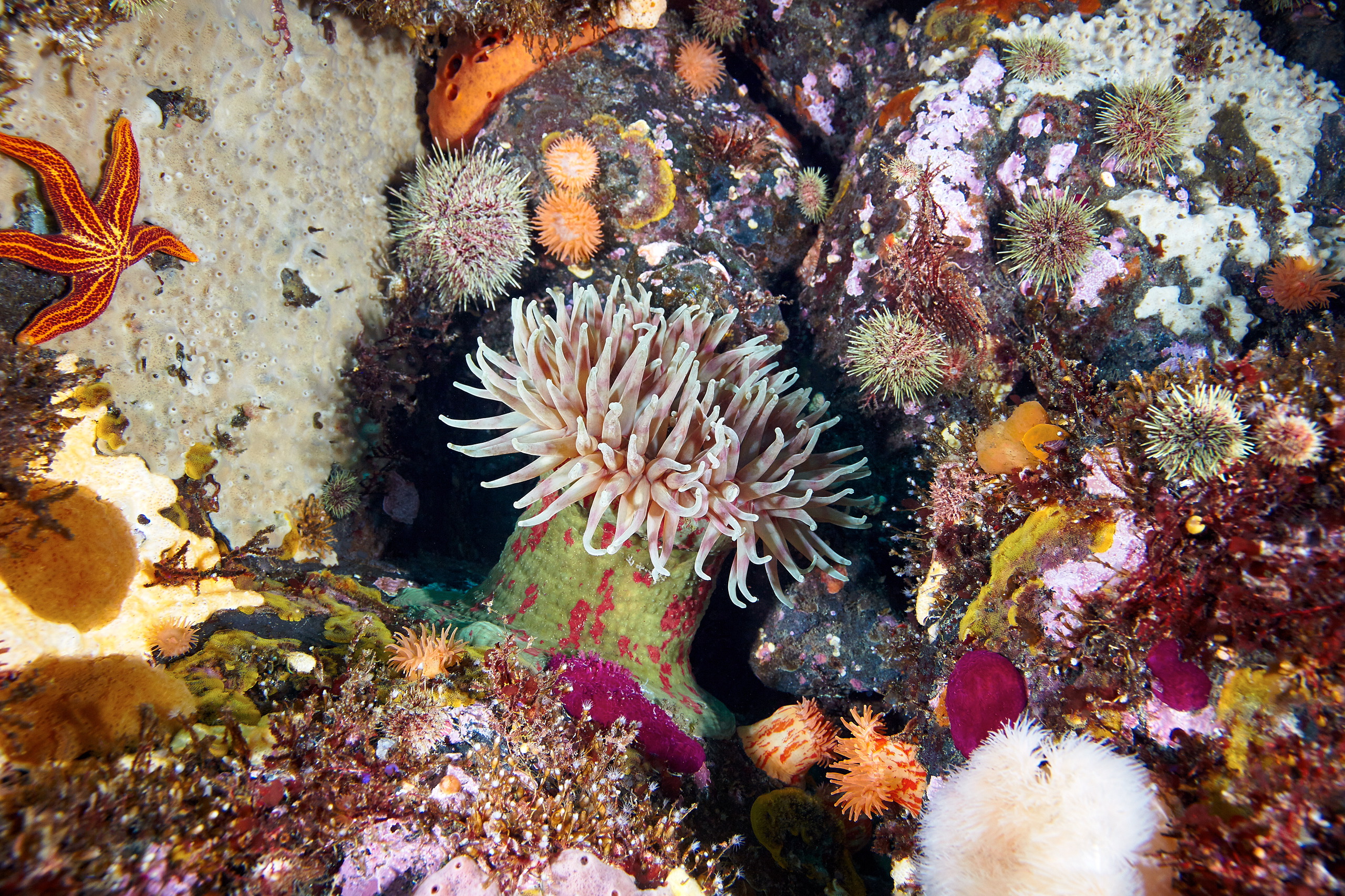 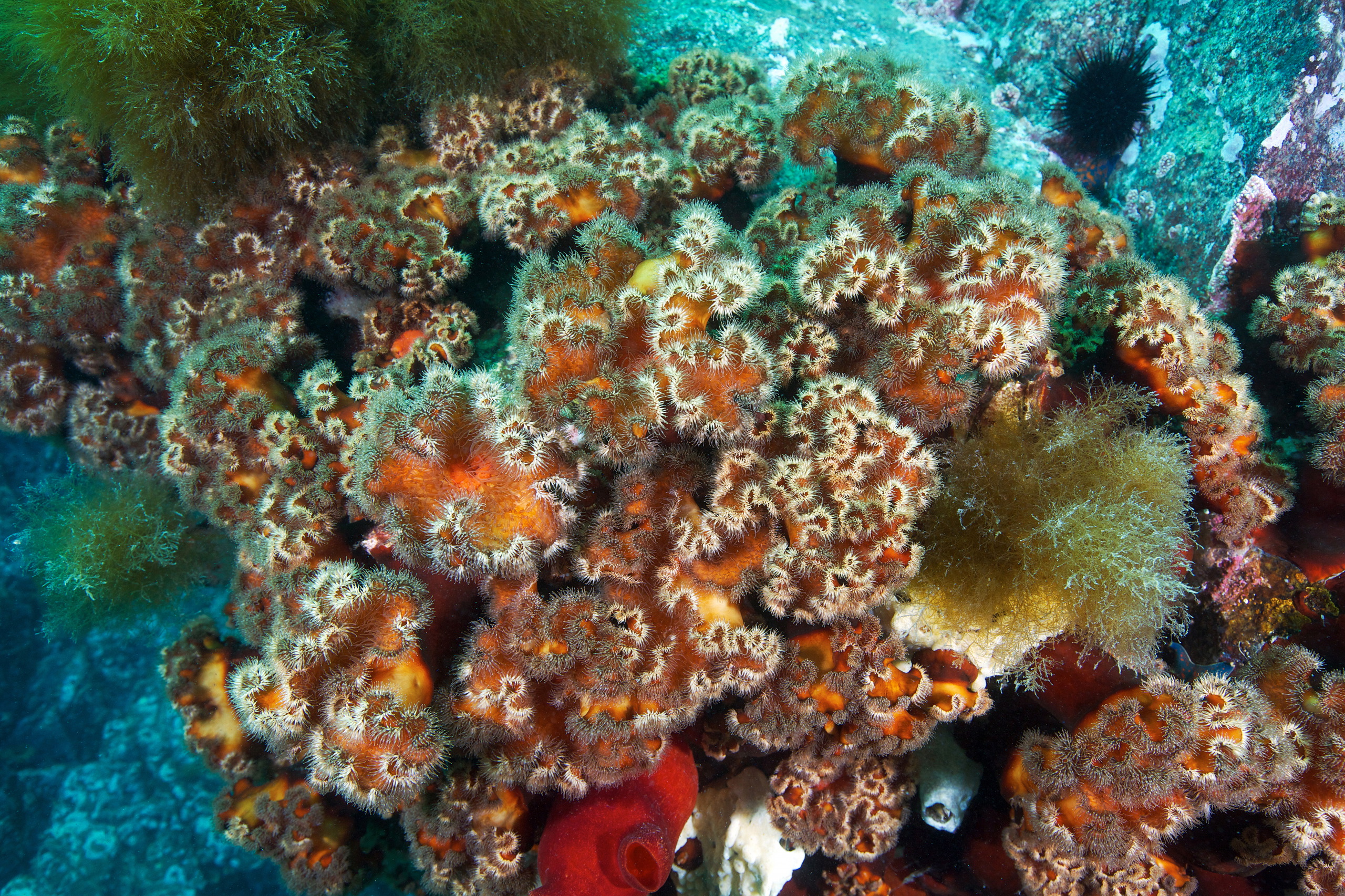 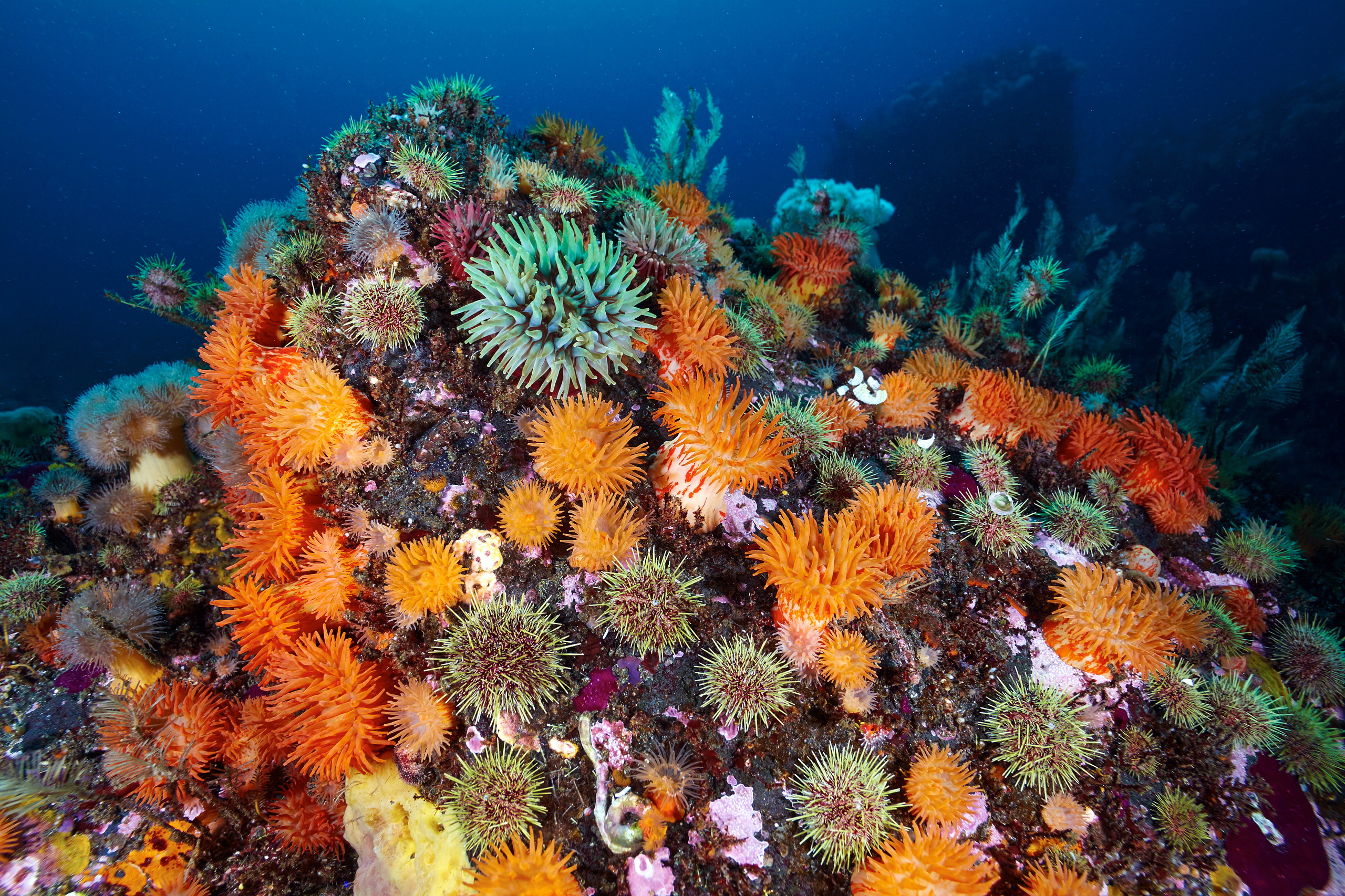 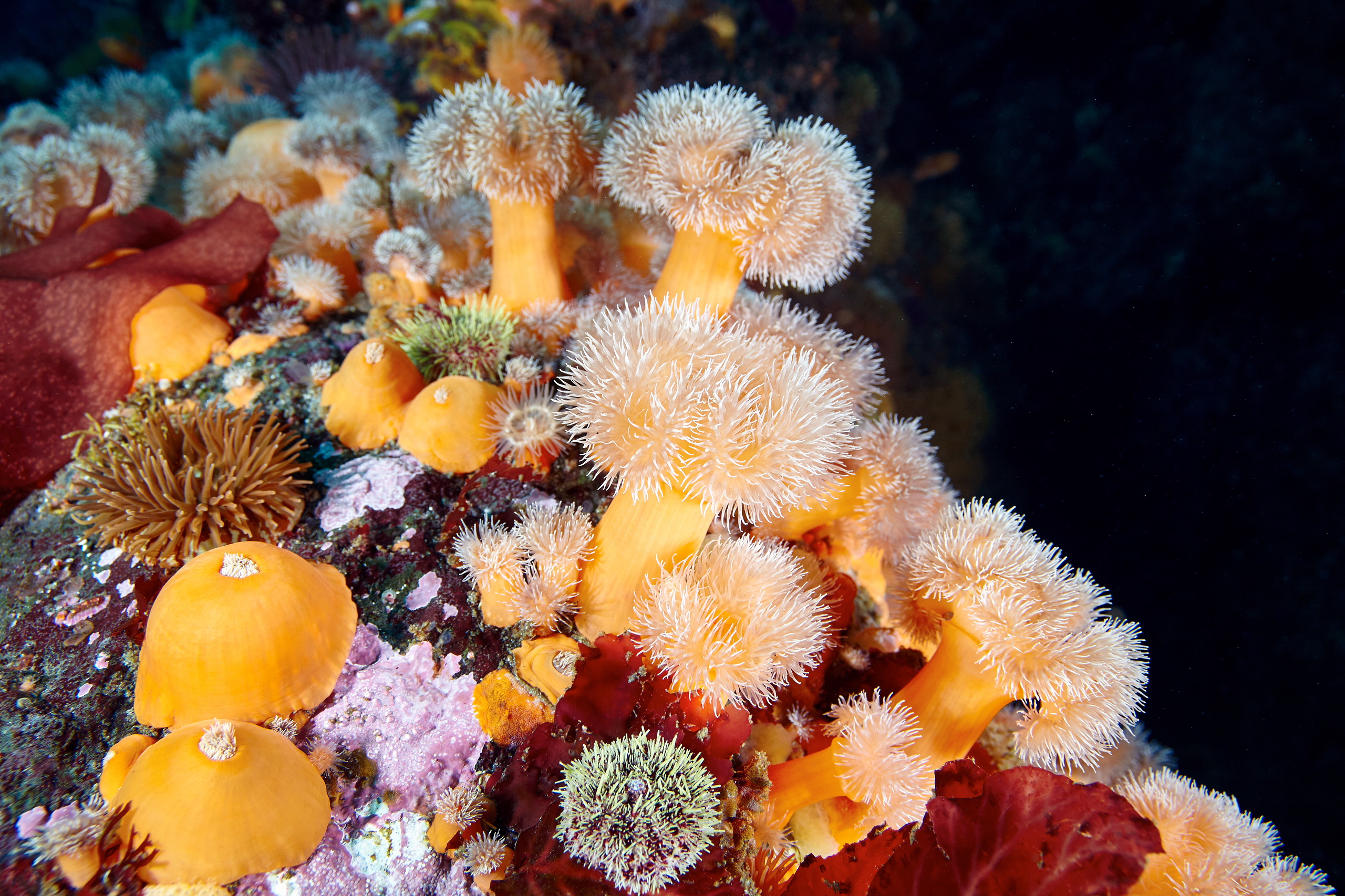 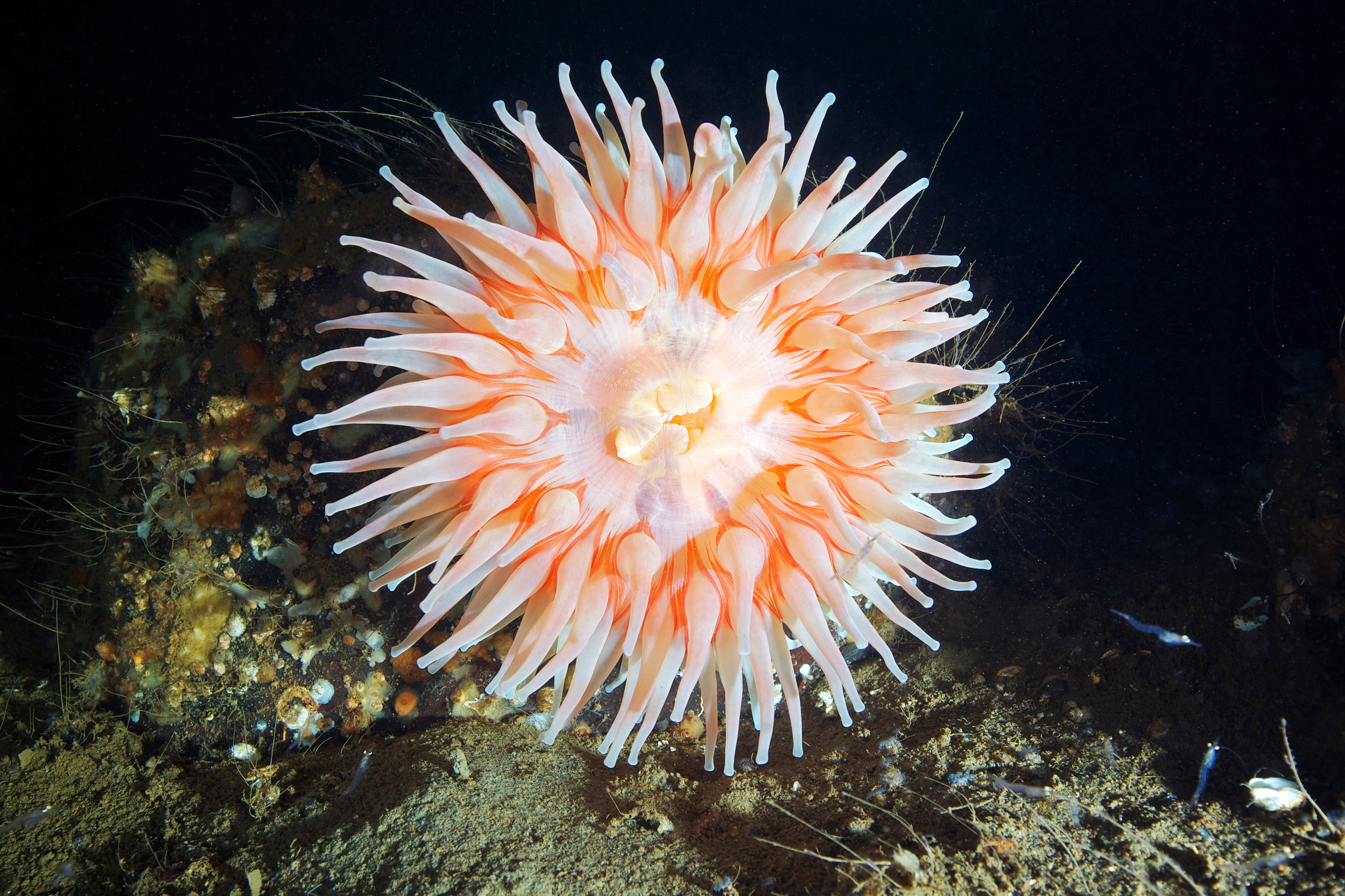 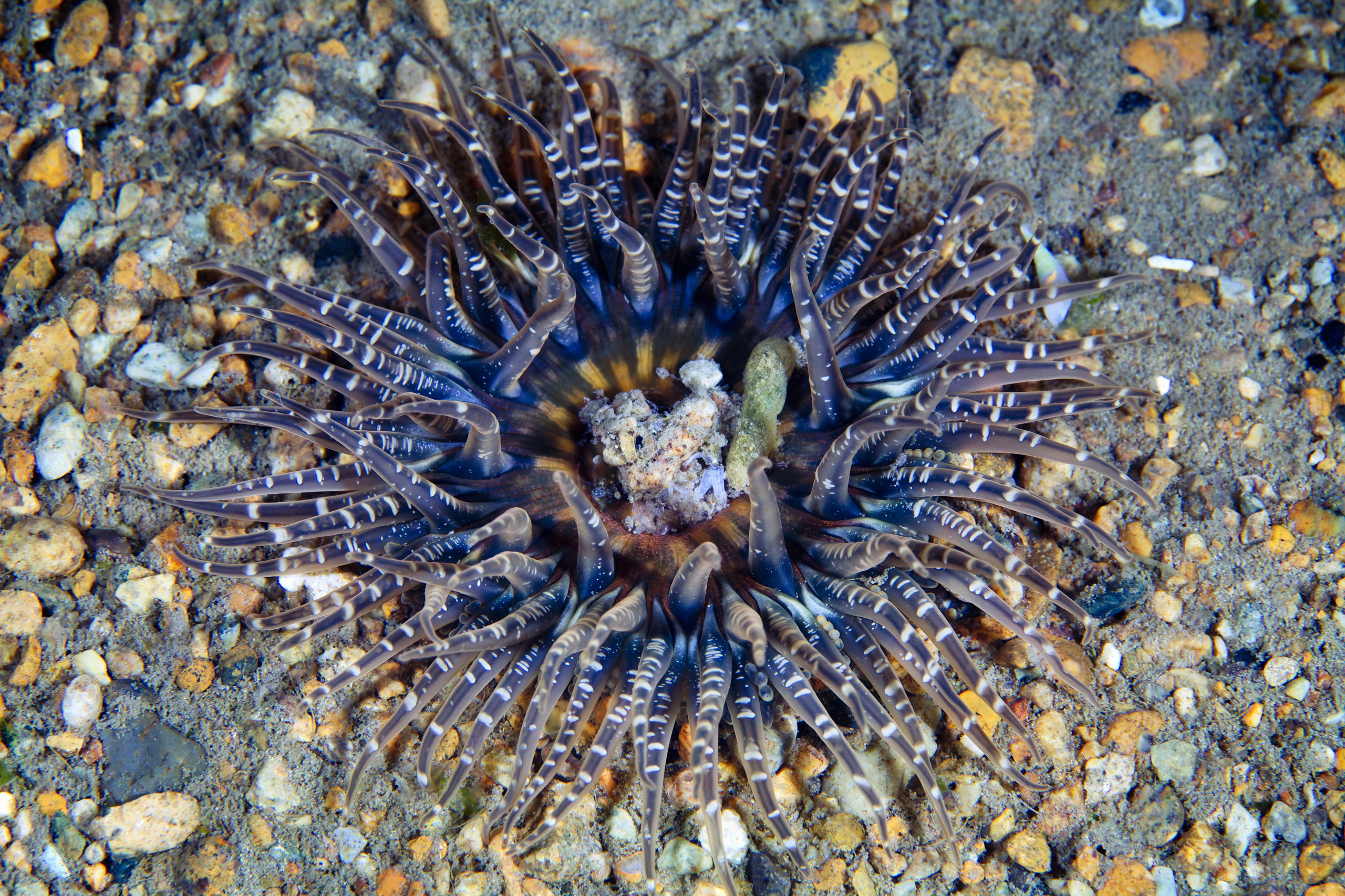 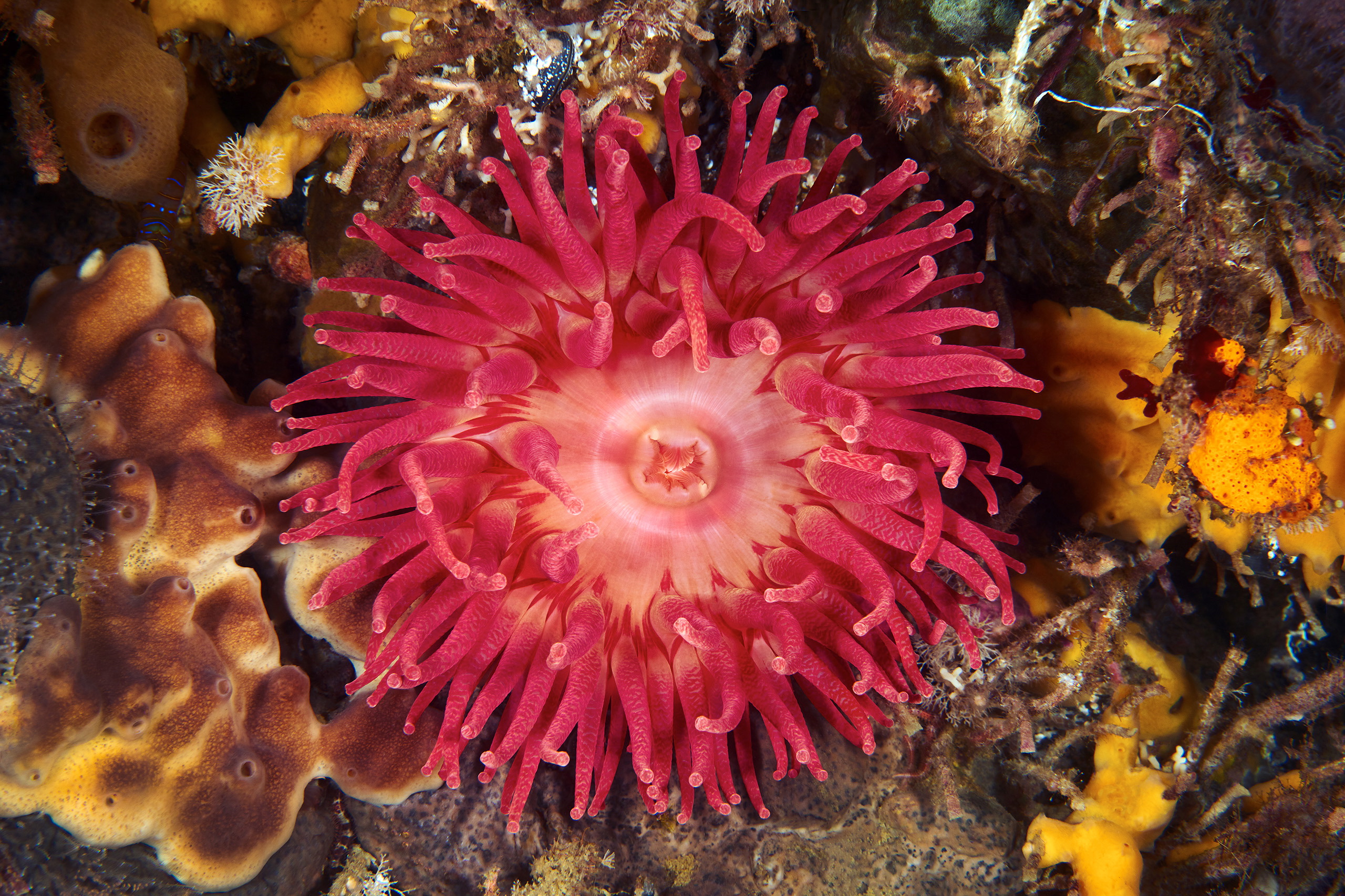 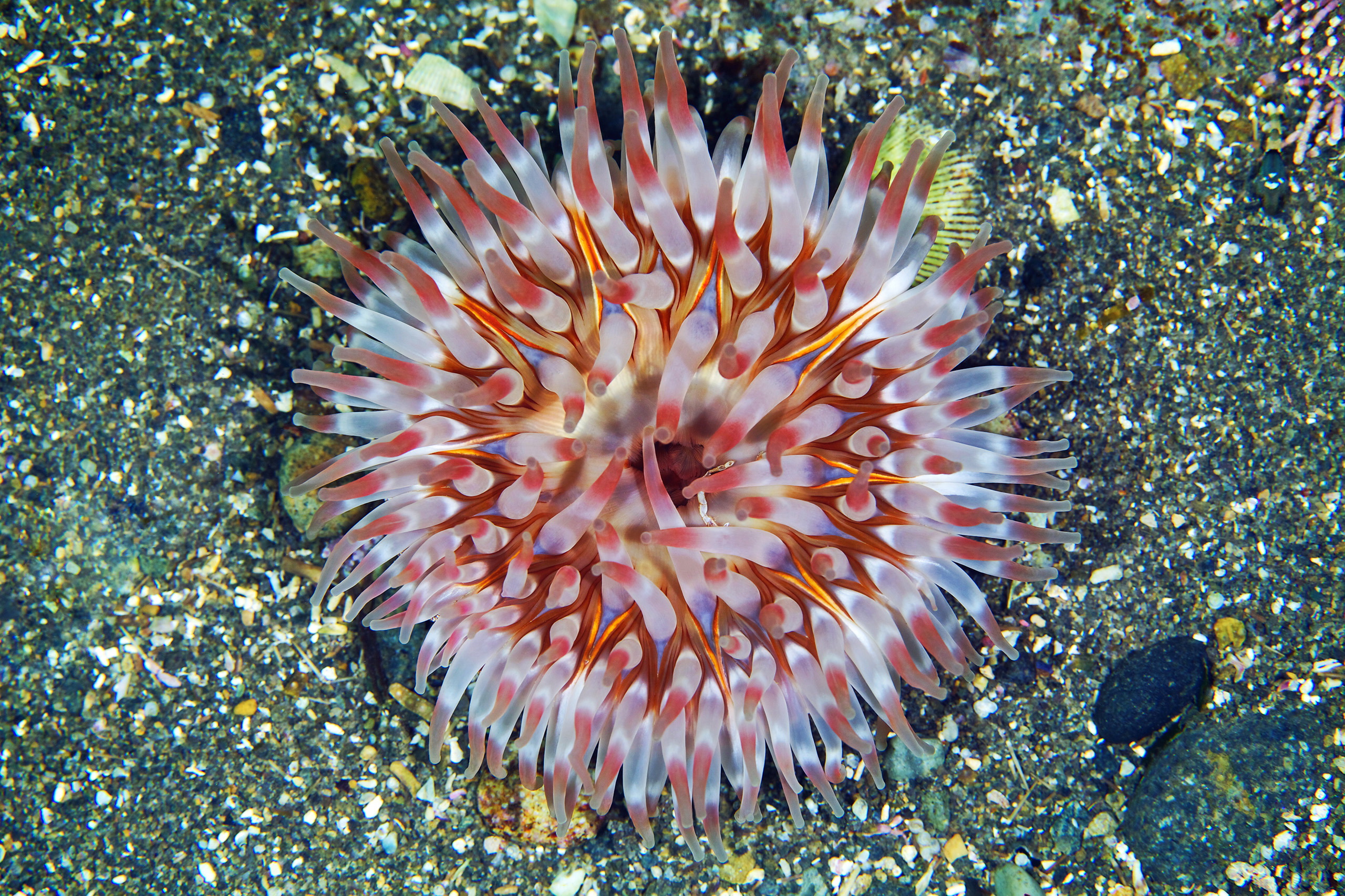 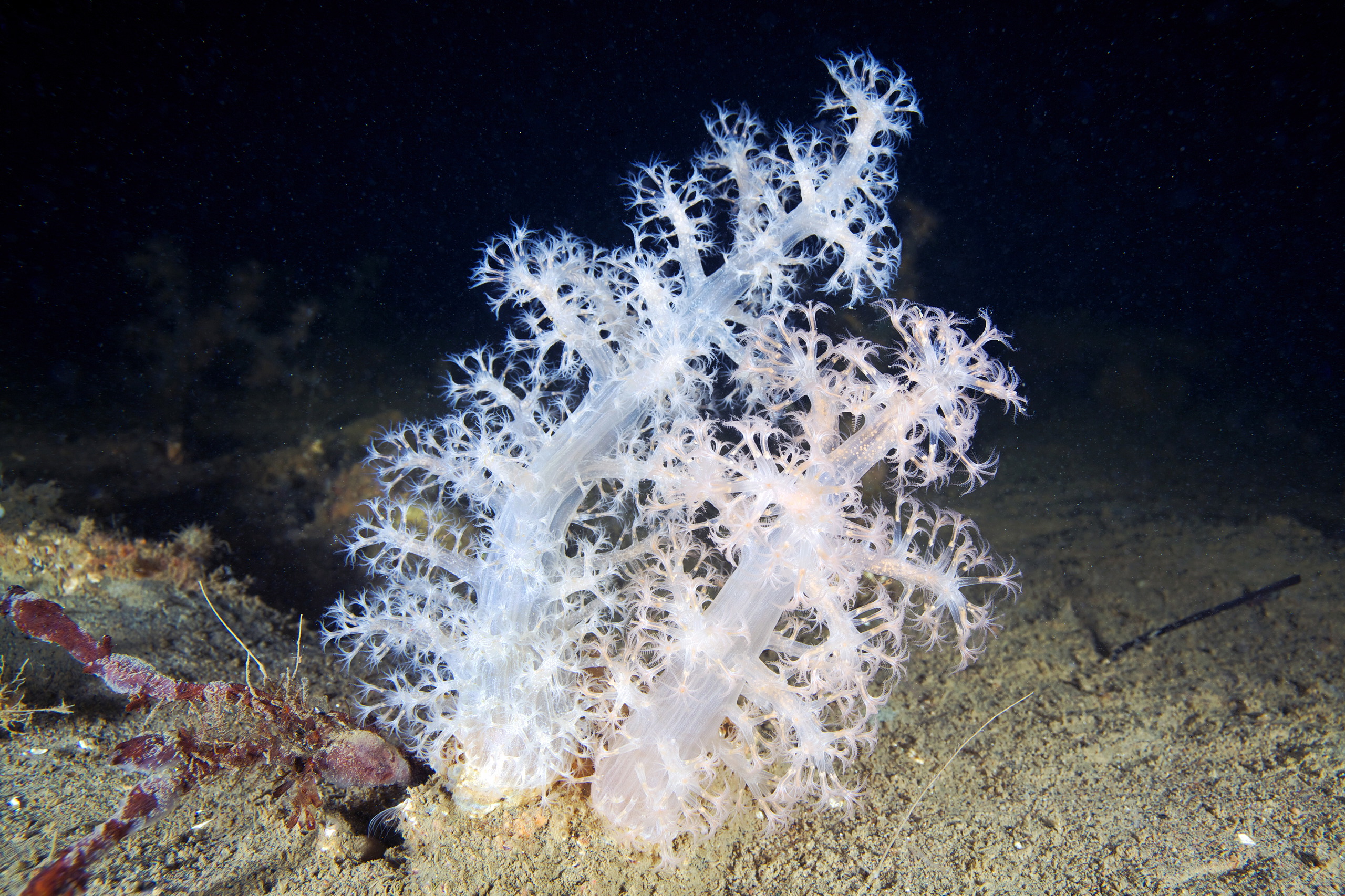 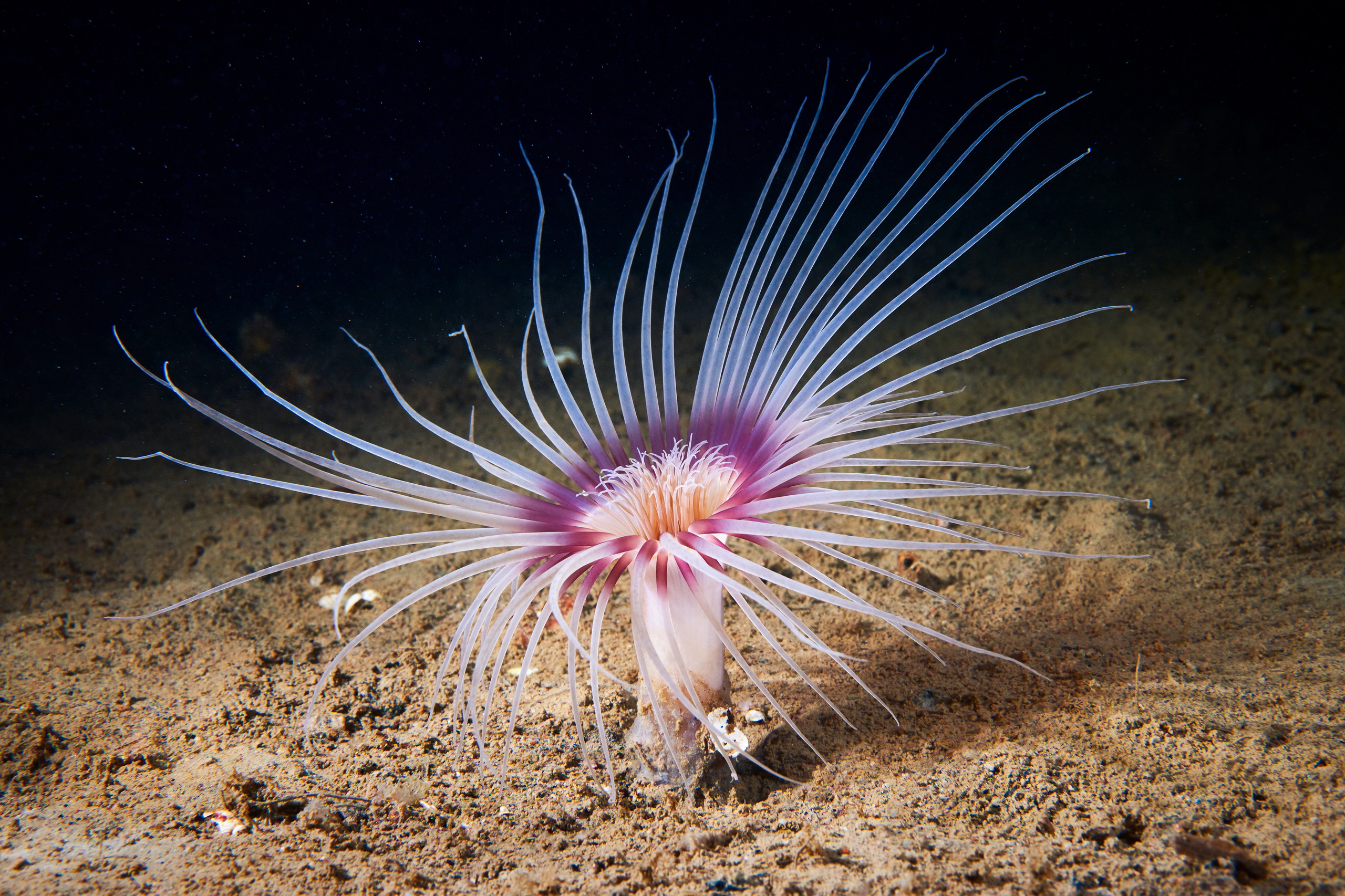 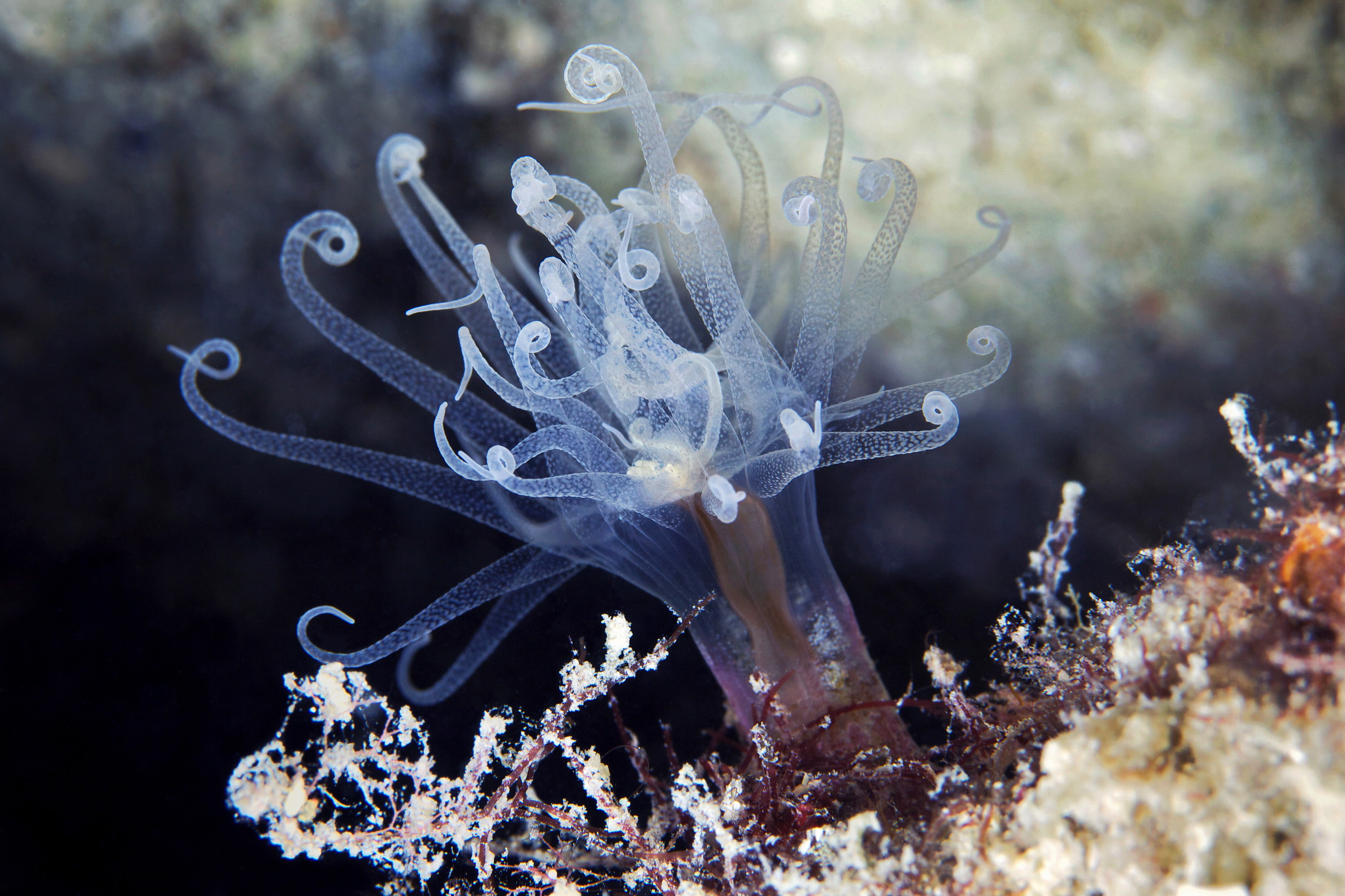 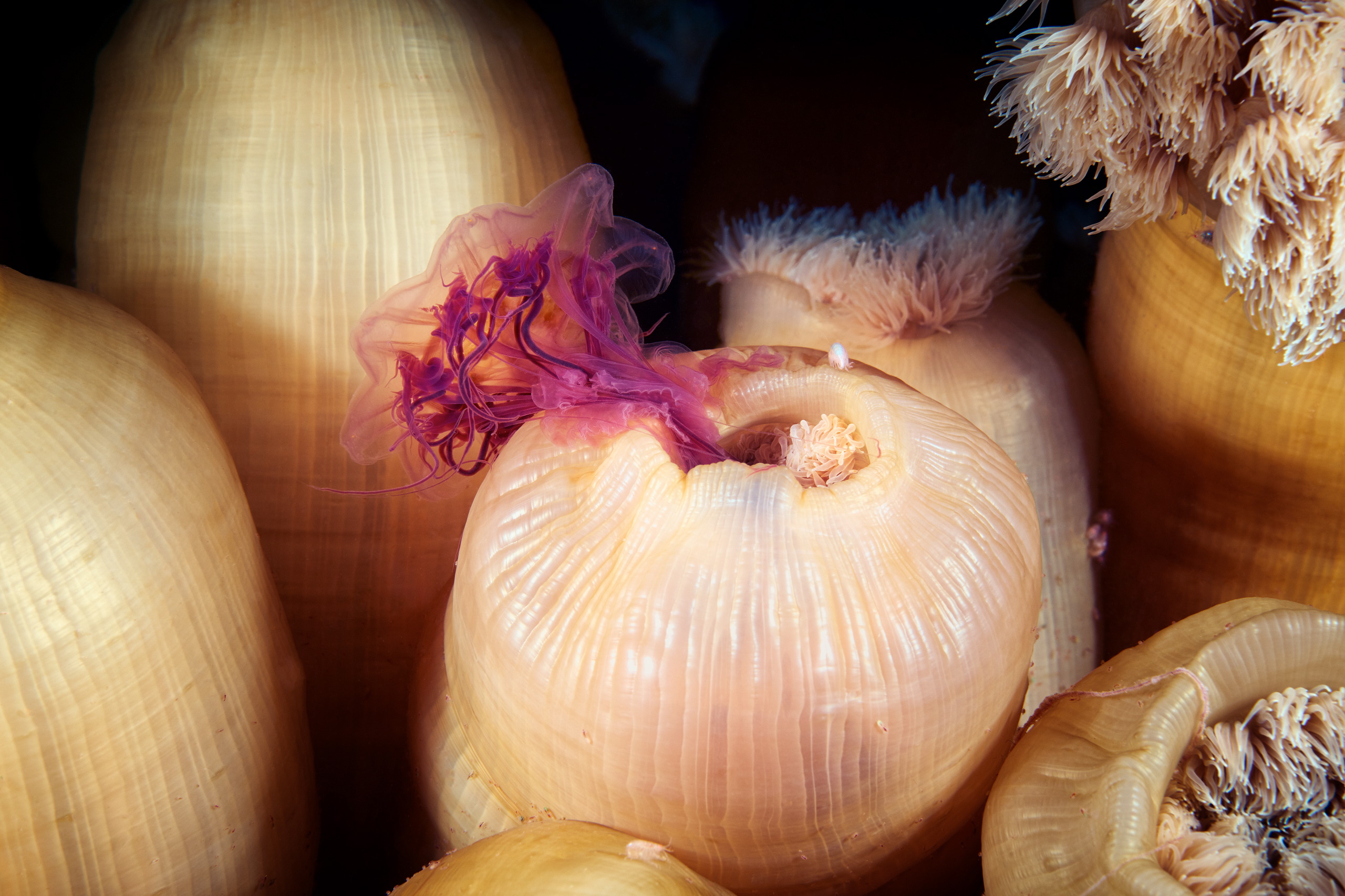 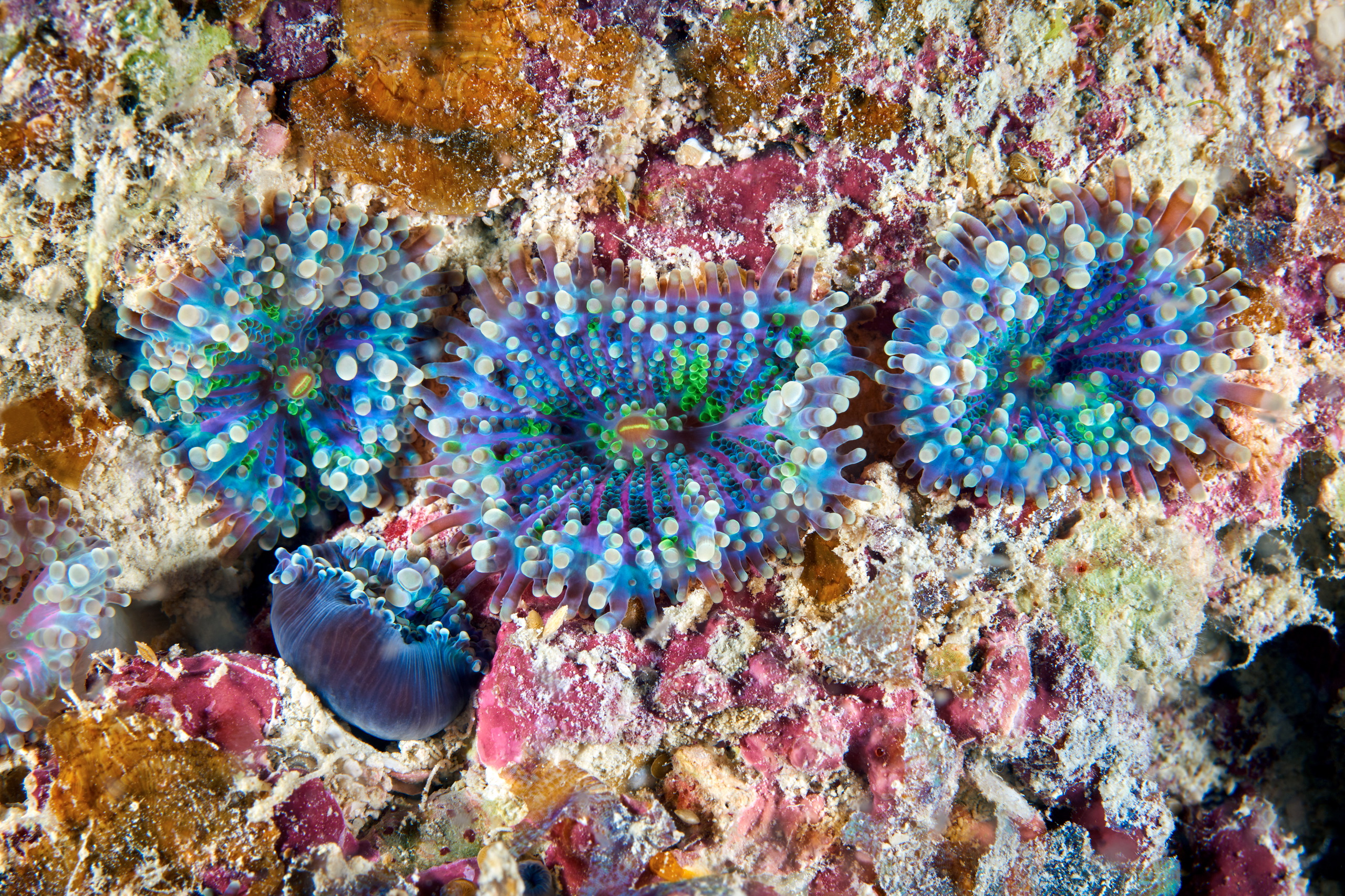 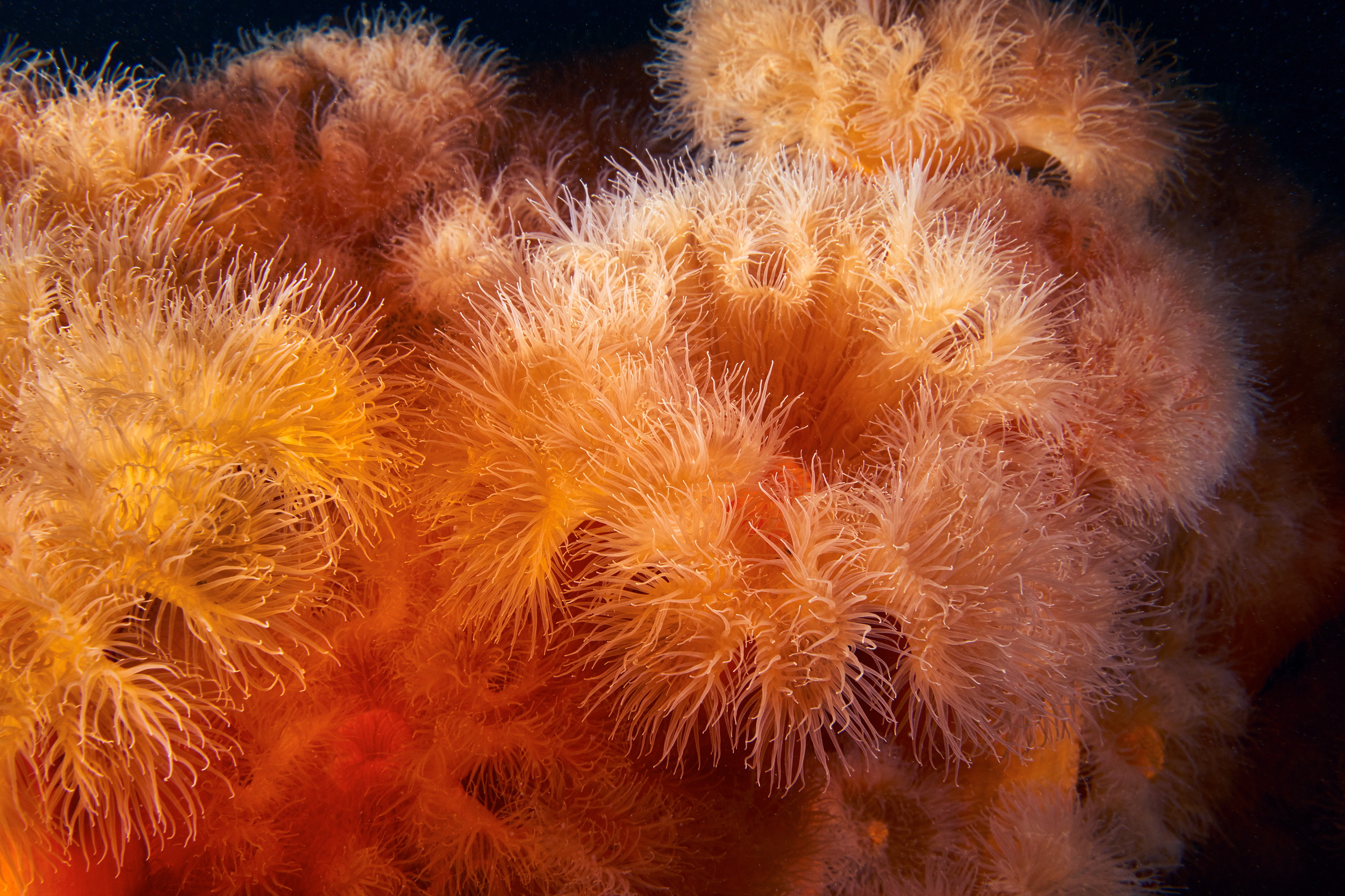 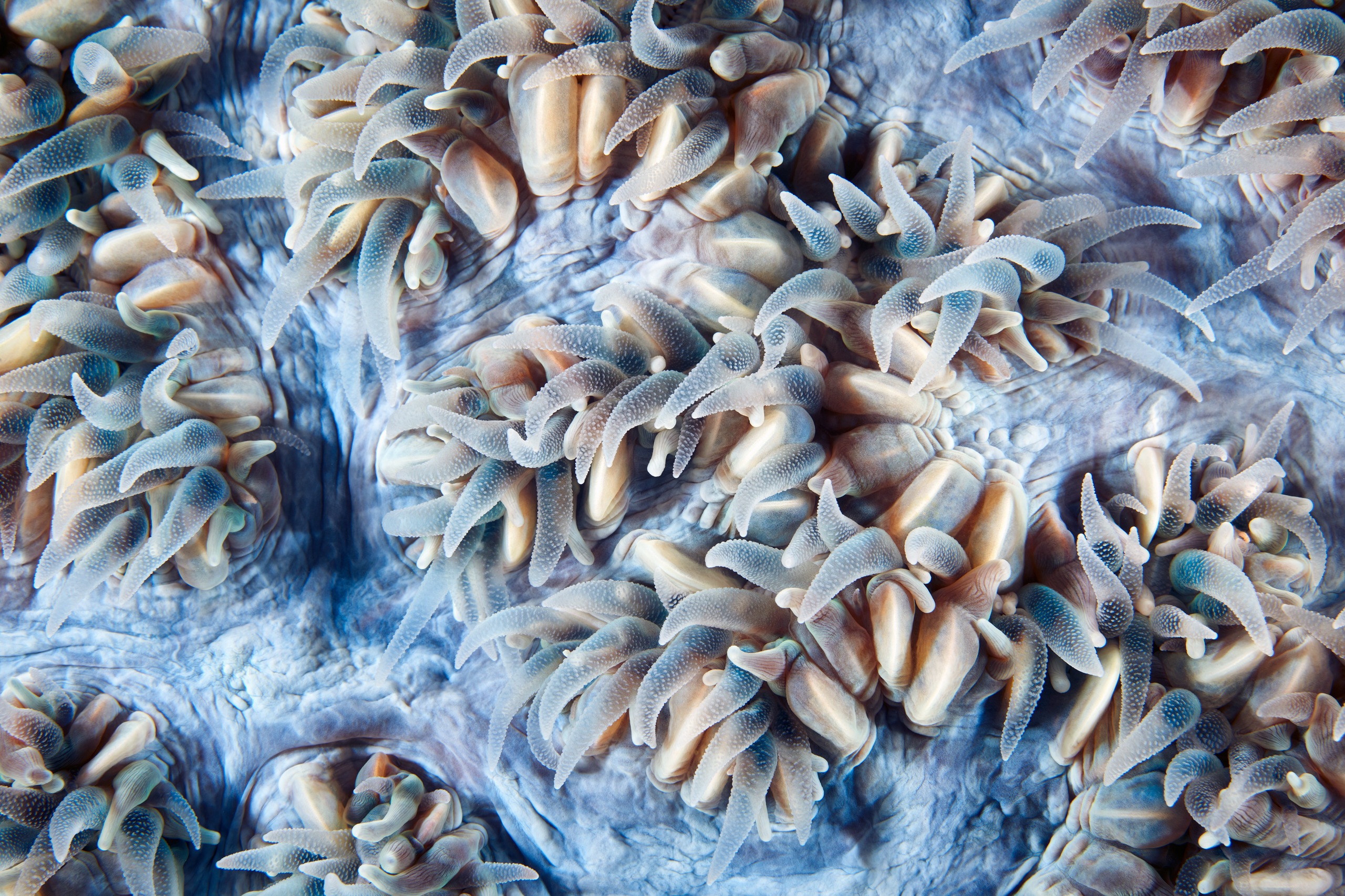 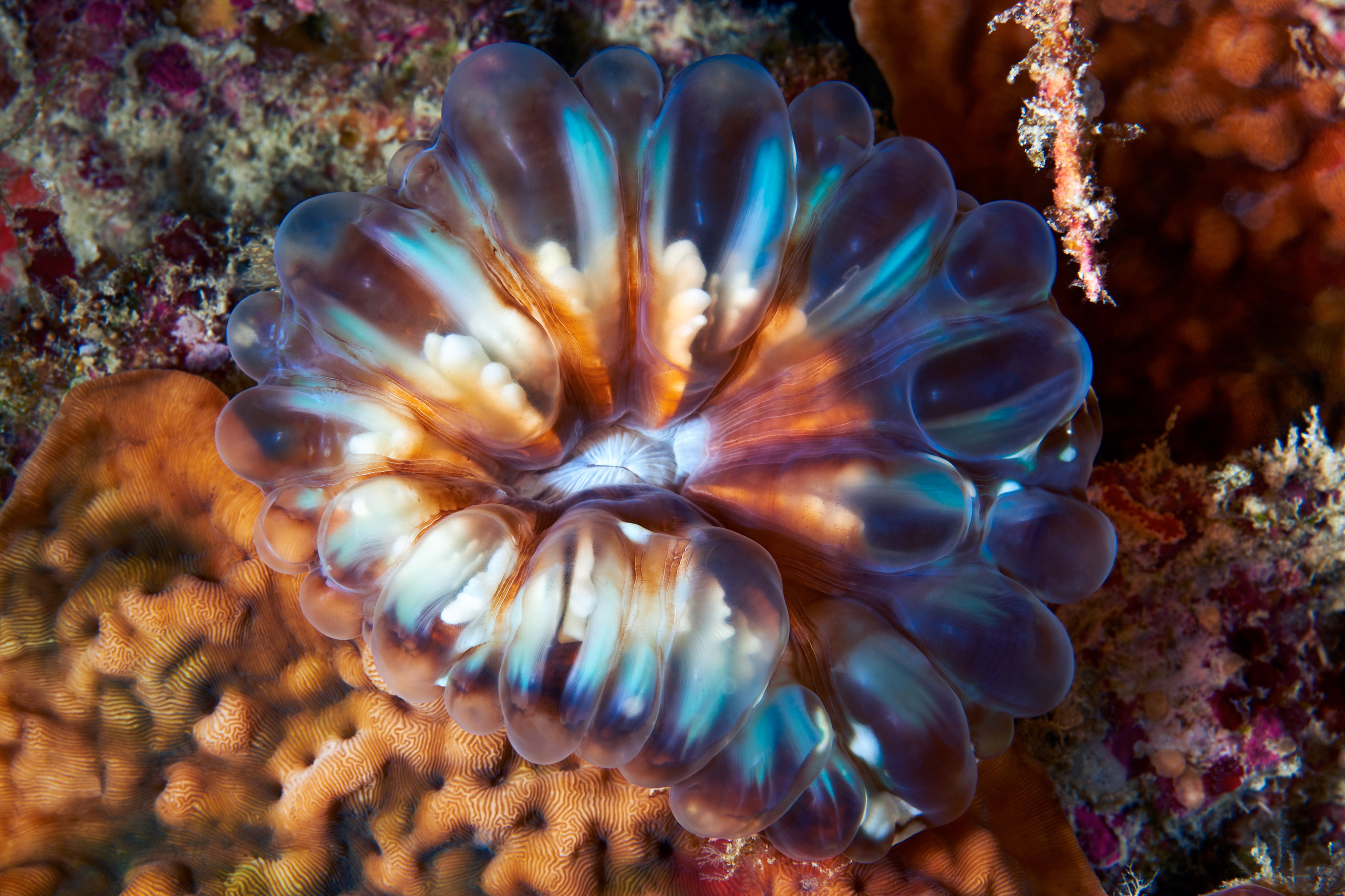 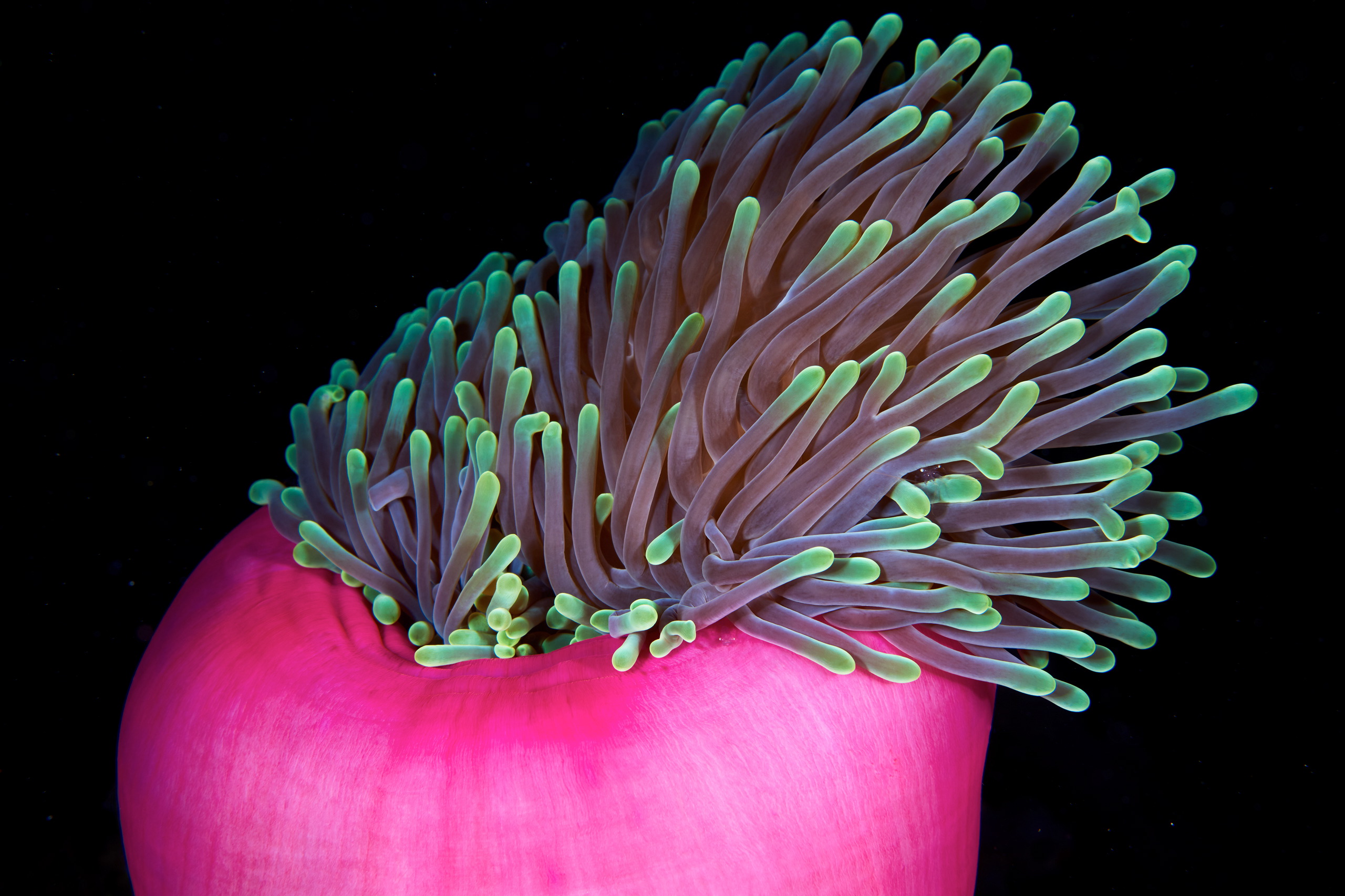 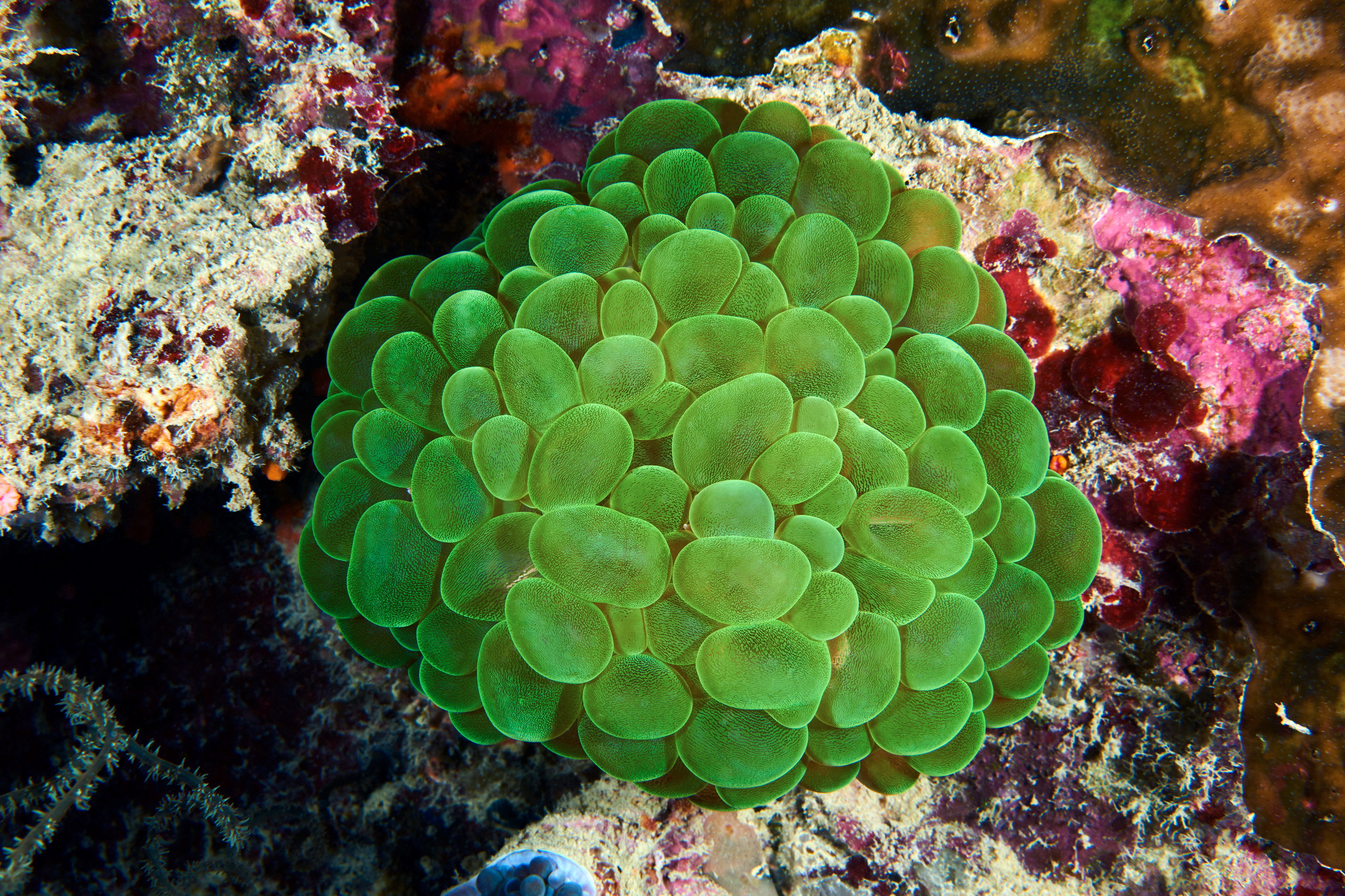 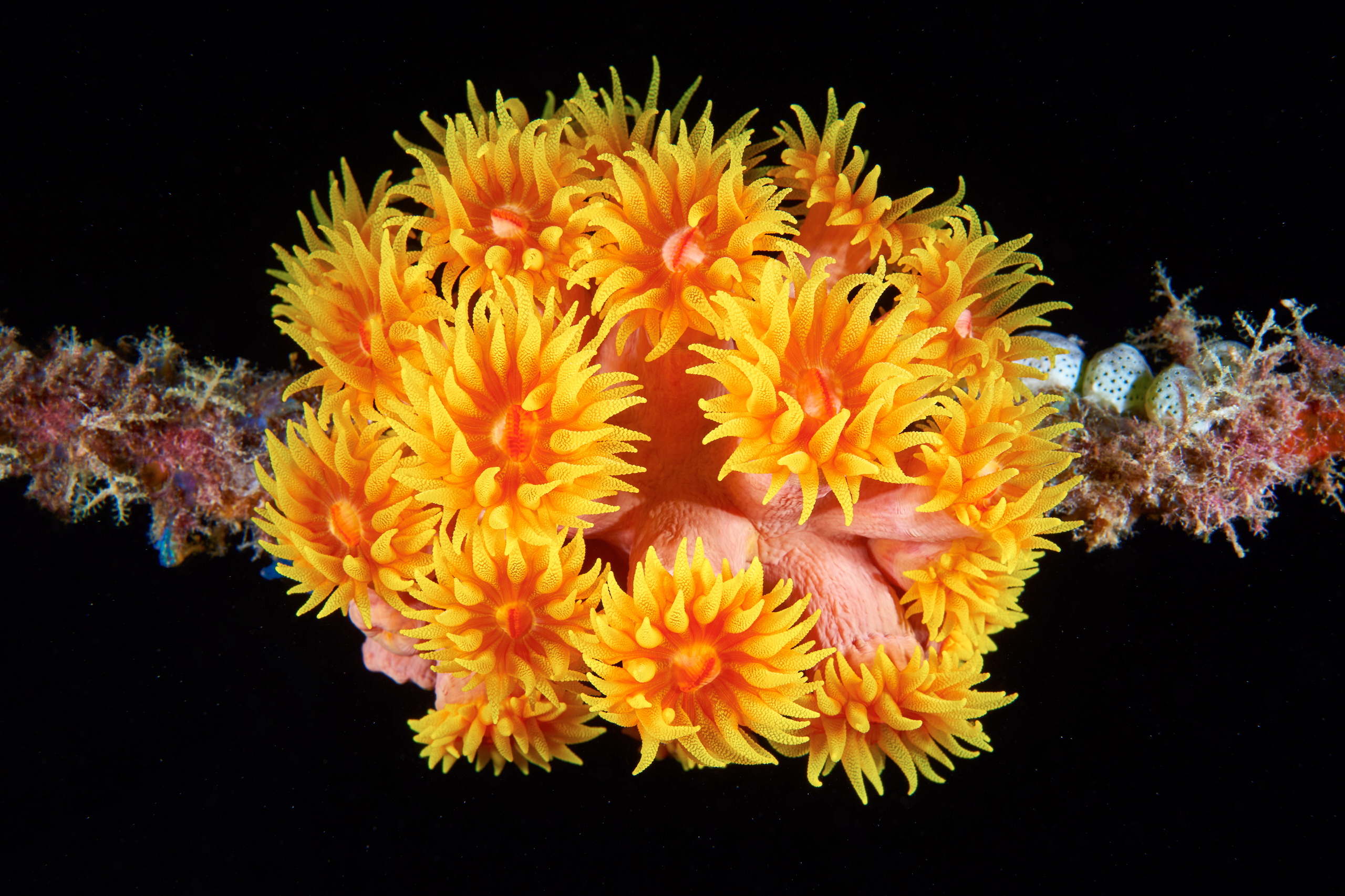 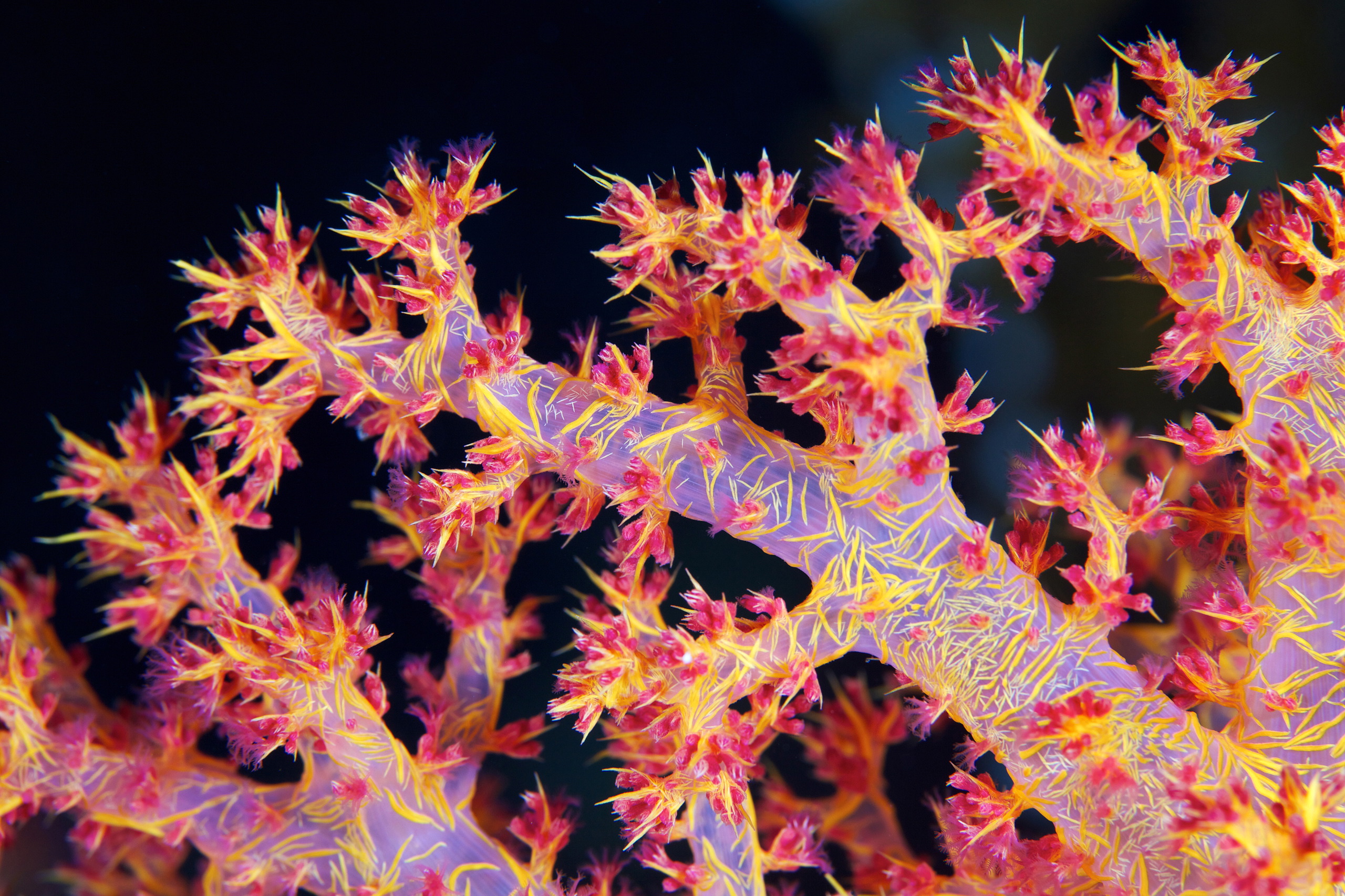