When people hear about sponges, they tend to imagine mushy yellow “bath puffs” growing all over the sea floor. in actual fact, sponges are so varied and some of them are so unusual, that you can barely classify certain species as sponges without consulting a specialist or a book and atlas. Most sponges are marine multicellular animals without muscular, nervous and digestive systems. instead of actual tissues, their body is made up of several layers of cells permeated with numerous pores and water-bearing channels. The inner layer (mesochile) has skeletal elements called spicules that can have both a protein and a mineral structure, either calcareous or silicon-based. The spicules are usually shaped like small multiaxial needles and are located inside the mesochile to make the whole body rigid. Some sponges, such as the Neptune cup (Cliona patera) have such a strong and dense skeleton that it forms amazing and very distinctive rigid construction. Sponges have a large hole called an osculum at the upper end of the body. Water absorbed through small pores is excreted through this osculum. Many sponges build colonies, which may have several hundred oscula. To date, scientists have described more than 8,000 species of sponges. Most of them feed by filtering water through the water-bearing system, and some species have a predatory lifestyle, catching medium-sized animals. However, typically sponges feed on tiny plankton and suspended organic particles. 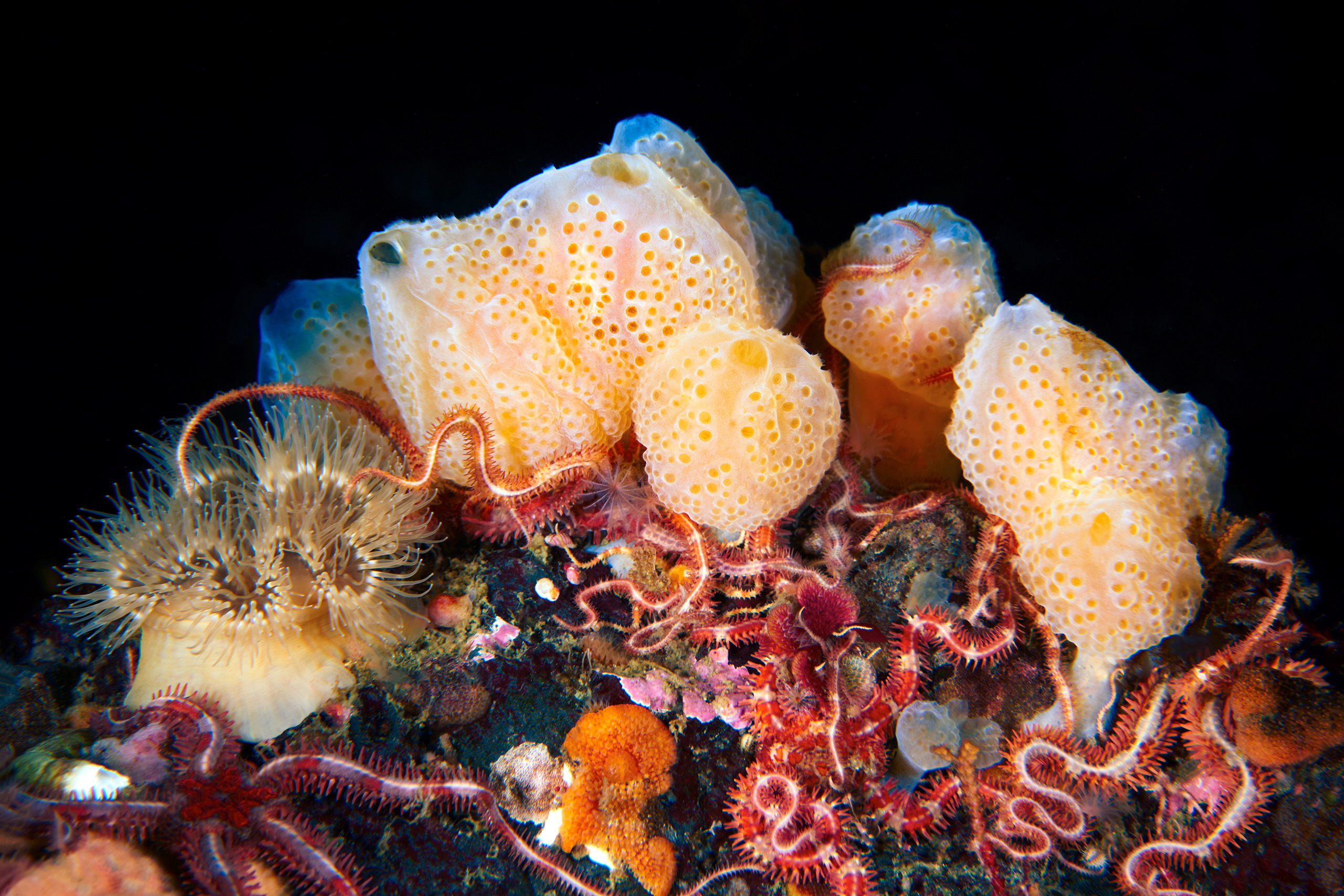 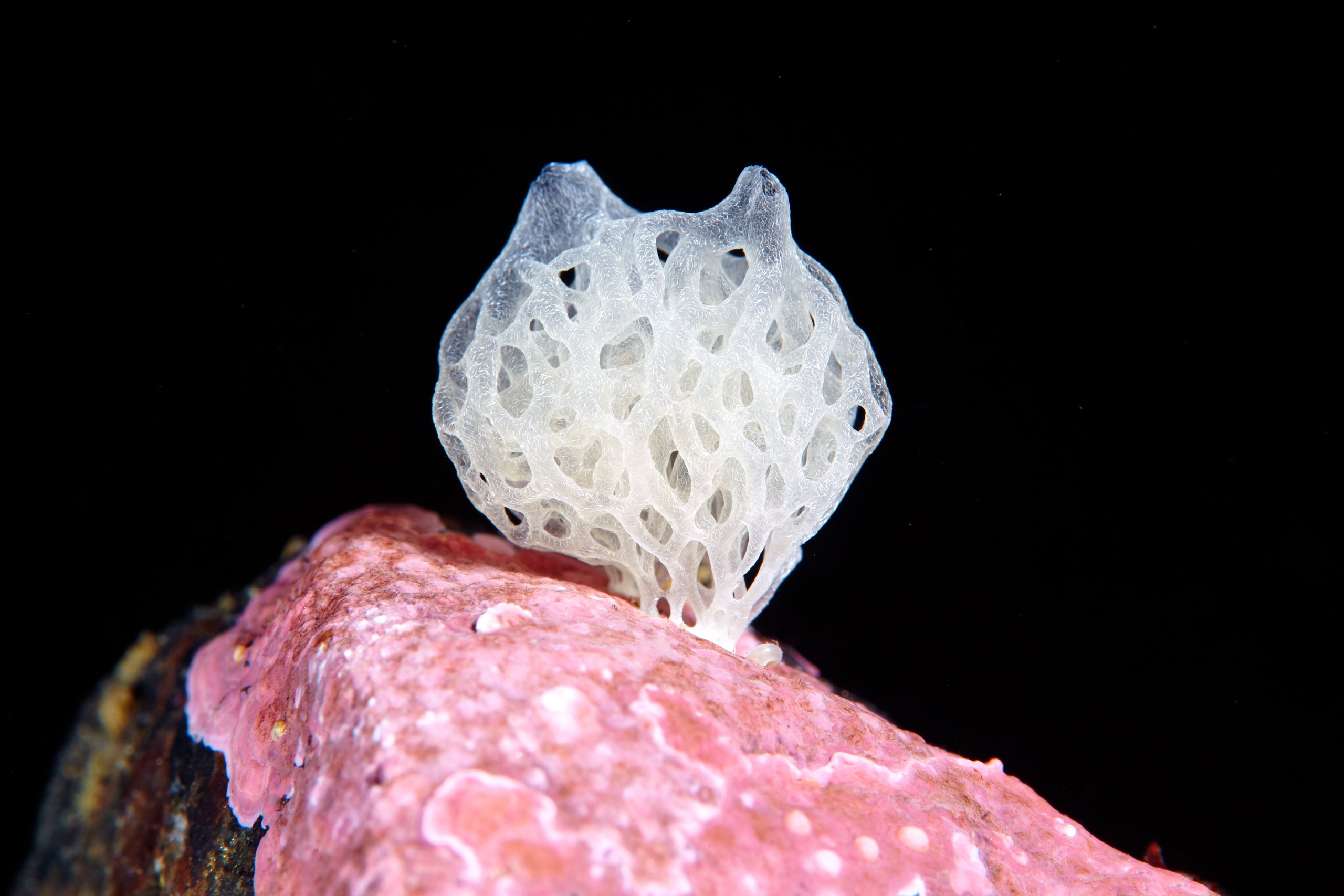 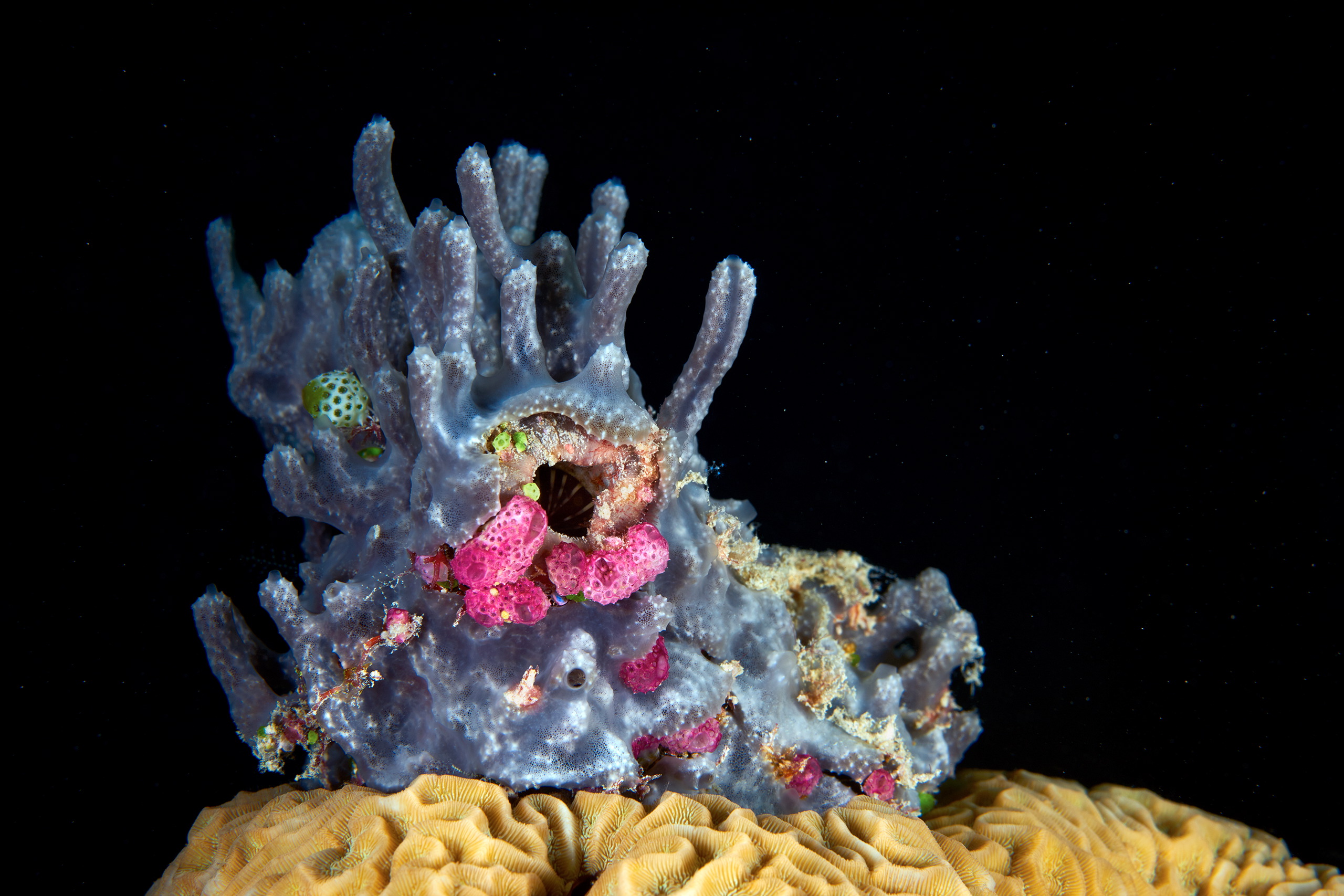 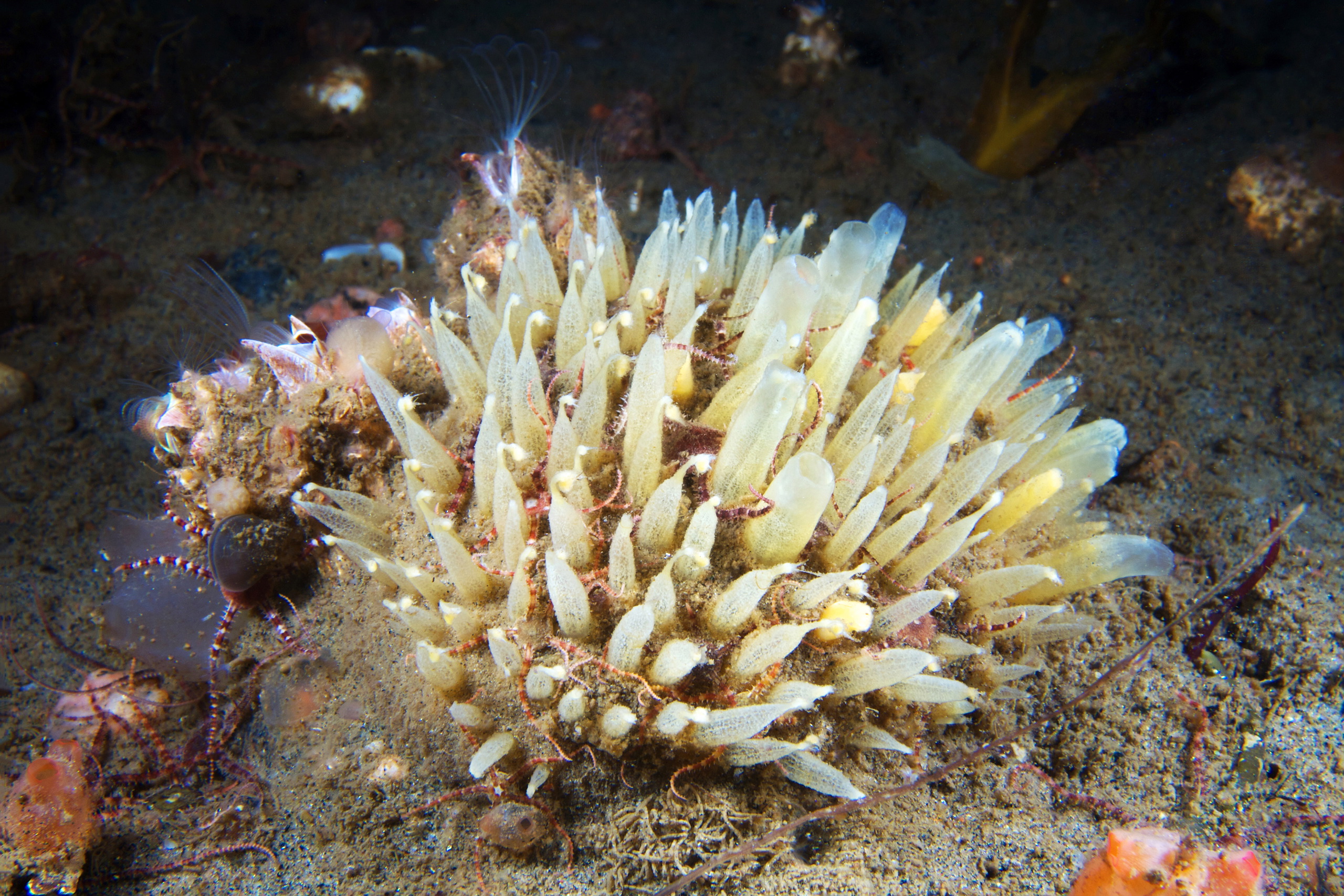 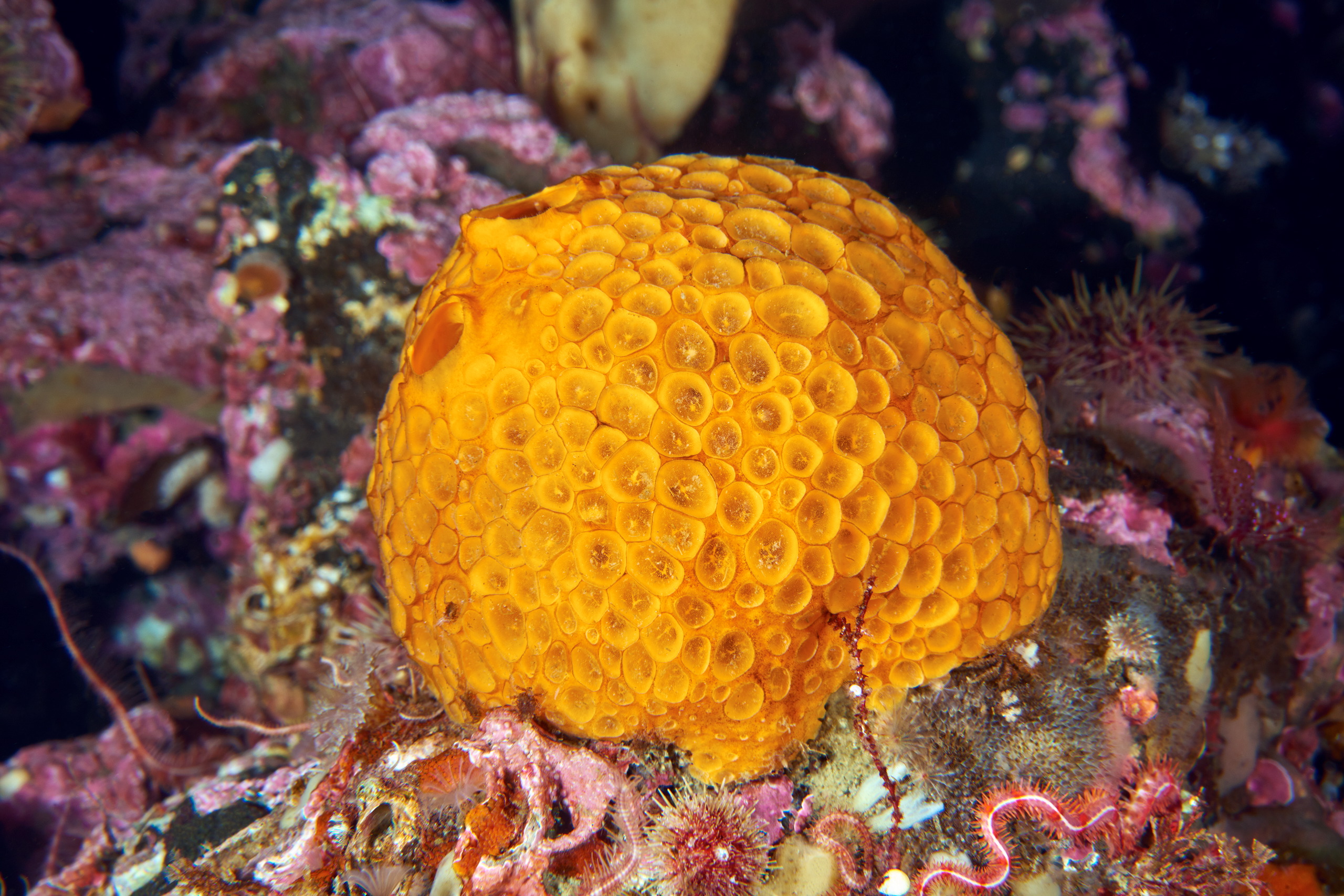 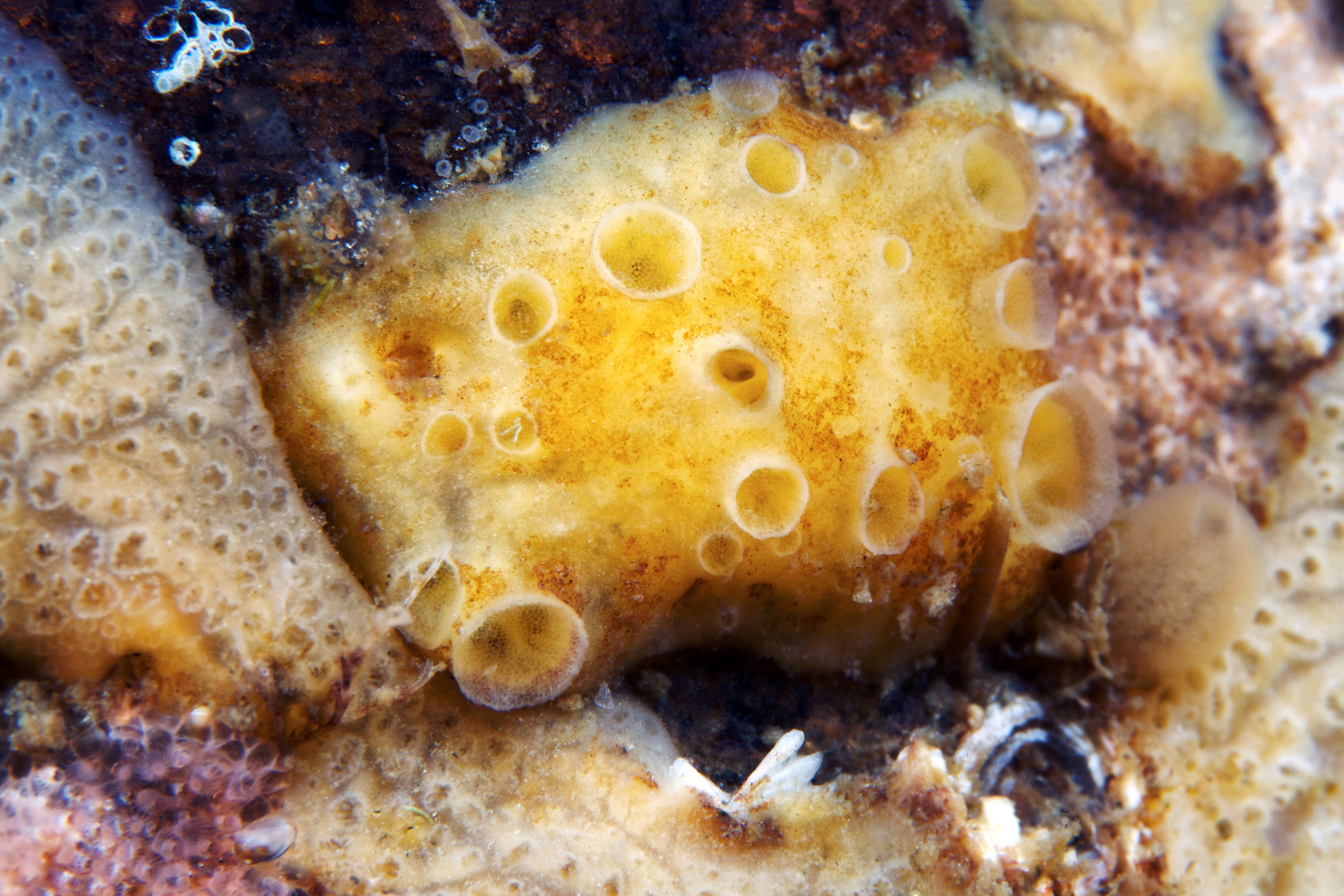 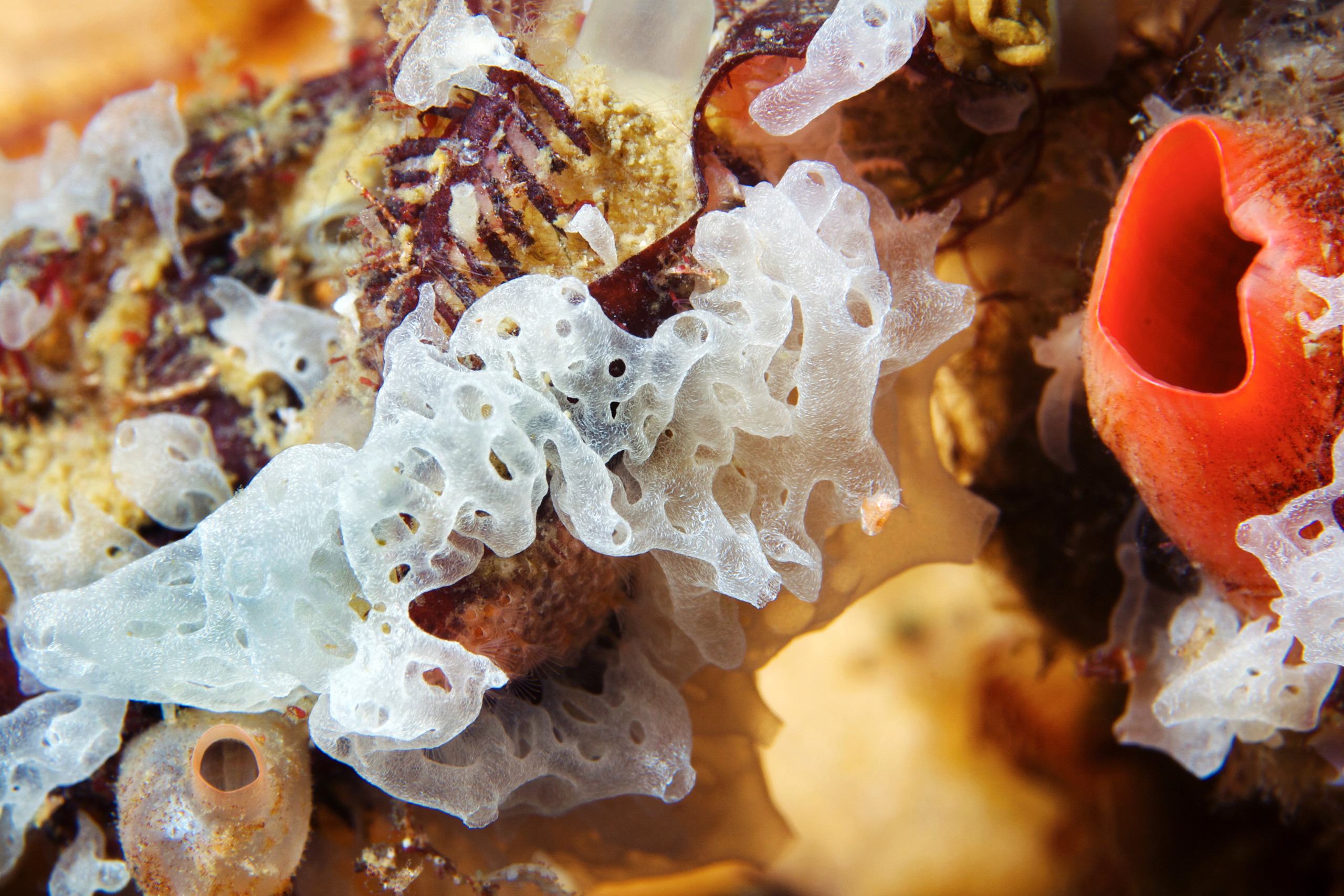 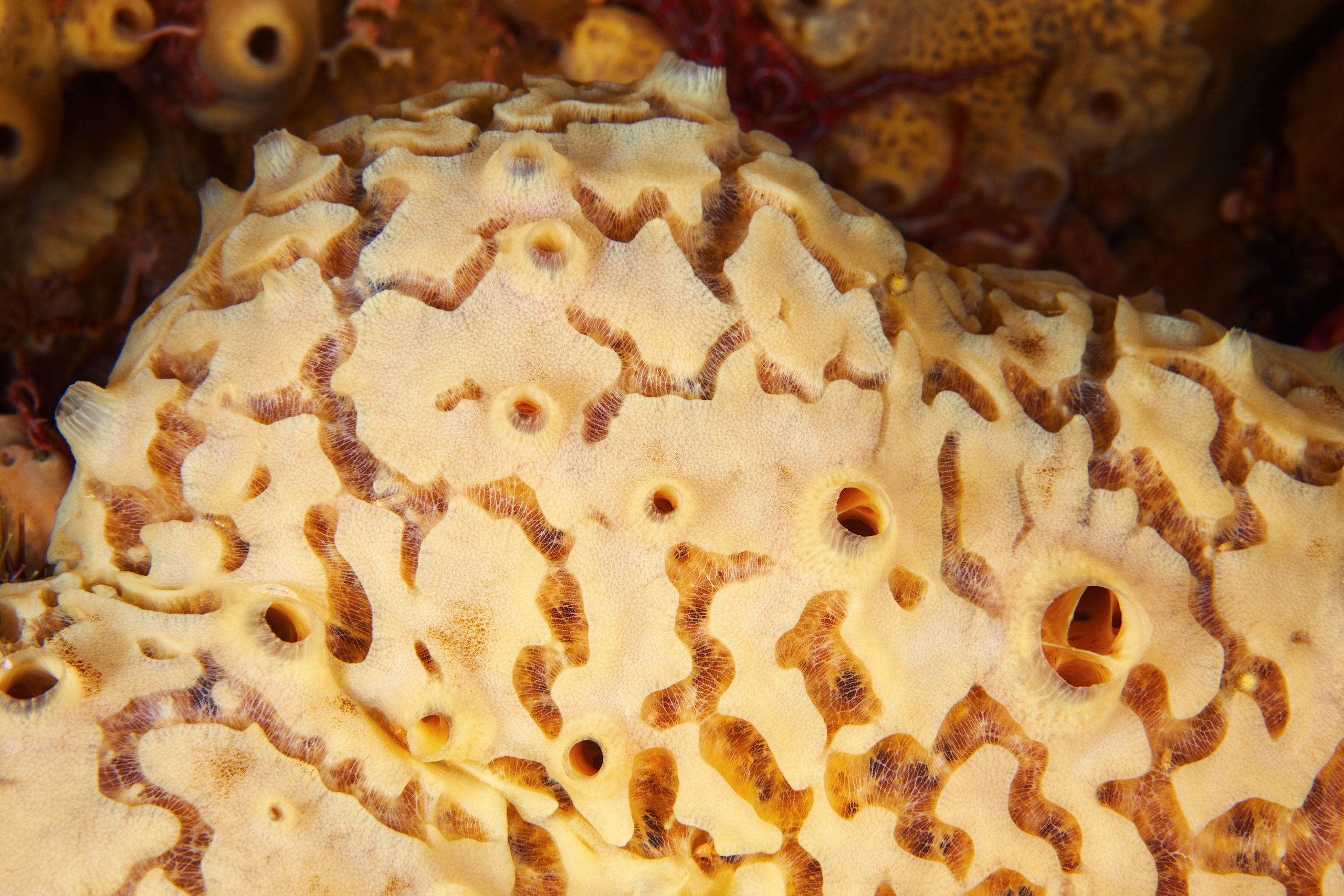