Sea spiders are also called Pantopoda (from the greek – consisting of legs only) or Pycnogonids. They have no relation to land spiders. This is a distinct class of unique animals, which live in all parts of the World ocean, from the intertidal zone to the darkest depths many kilometres down. Approximately 1,300 species of sea spiders have been described to date. Their size ranges from a few millimetres up to 90 cm in legspan. However, their body is relatively small only a few centimetres in the largest species. Such long legs allow them to move about on any substrate, even the softest one, so you can find spiders practically anywhere. Some species even use their legs to swim, slowly pulsing their limbs in the water column. Despite the fact that sea spiders are almost entirely made of legs, they aren’t as fast as you would expect. Their muscles are rather weak, and the water creates considerable resistance, they can’t really cheerfully wiggle their long legs, which are covered in stiff hairs. Sea spiders are therefore very slow creatures and observing them can get quite tedious for a diver. They can stay completely motionless, or they can take their time to try and move a pair of their legs from one stone to the next. Sometimes though they can be exceptionally active.

Sea spiders do not have gills or other gas exchange organs, as they absorb a small amount of oxygen right through the surface of their body. This small amount is quite enough for their leisurely lifestyle. in general, pycnogonids have lots of amazing features both in their anatomical structure and in their lifestyle. Some aspects of their behaviour still need to be observed more closely. Since sea spiders are very different from all other groups of arthropods, there is some confusion about their taxonomic position and we still don’t know exactly what they descended from. Although various methods of comparative biology and modern molecular studies have been performed, it has done little to completely clarify this. Nevertheless, they are classified in the Chelicerata subphylum, which also includes horseshoe crabs, scorpions and spiders. 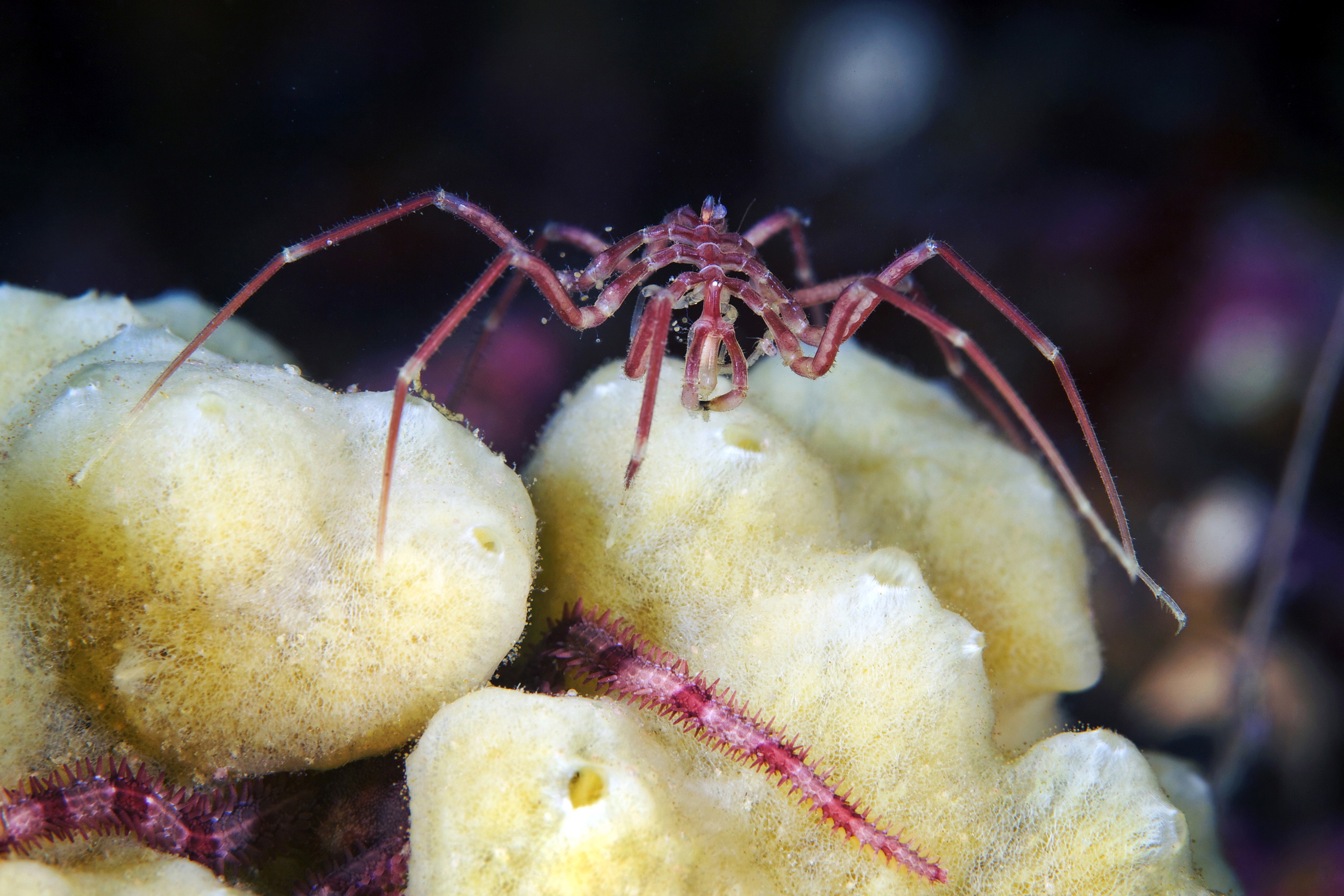 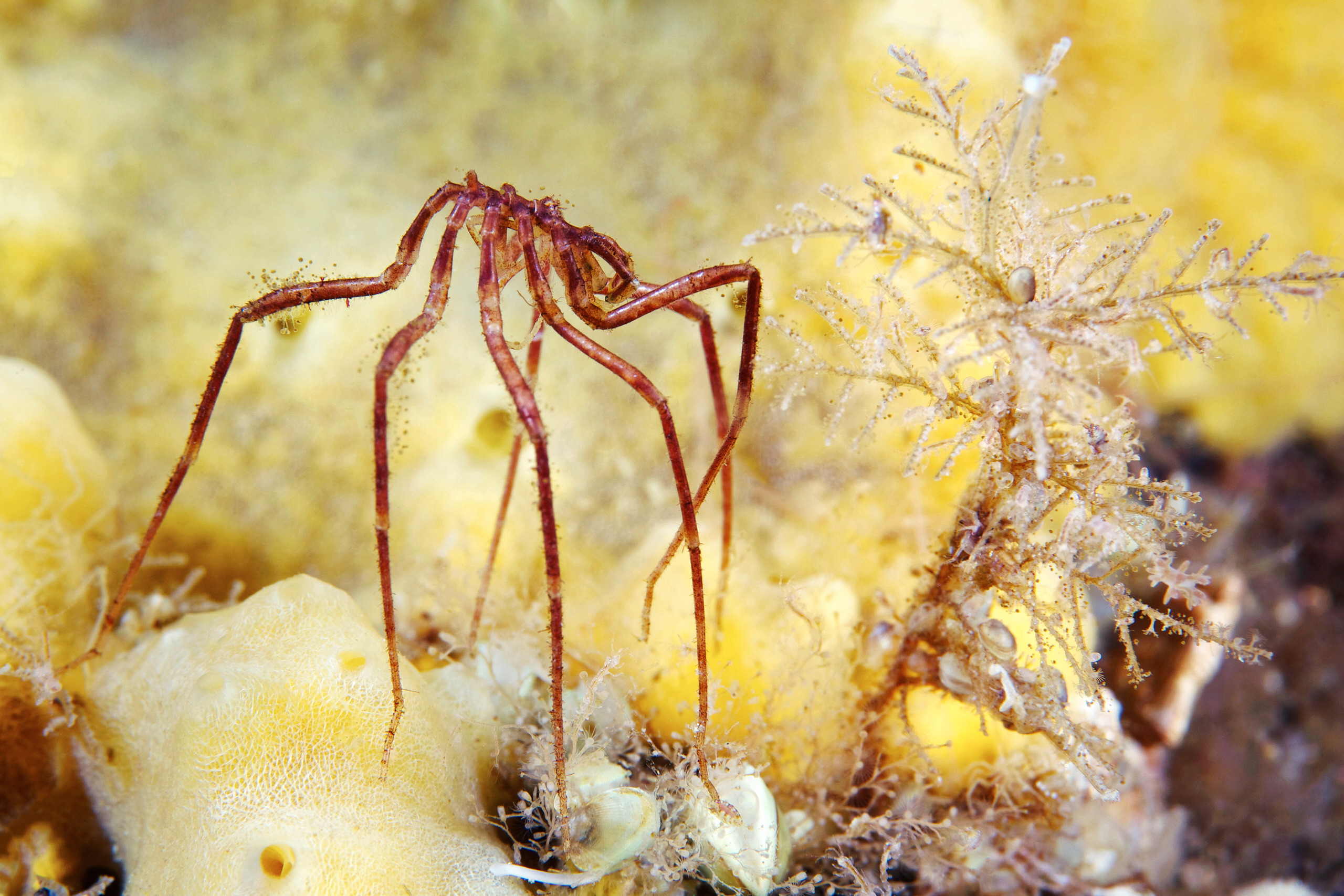 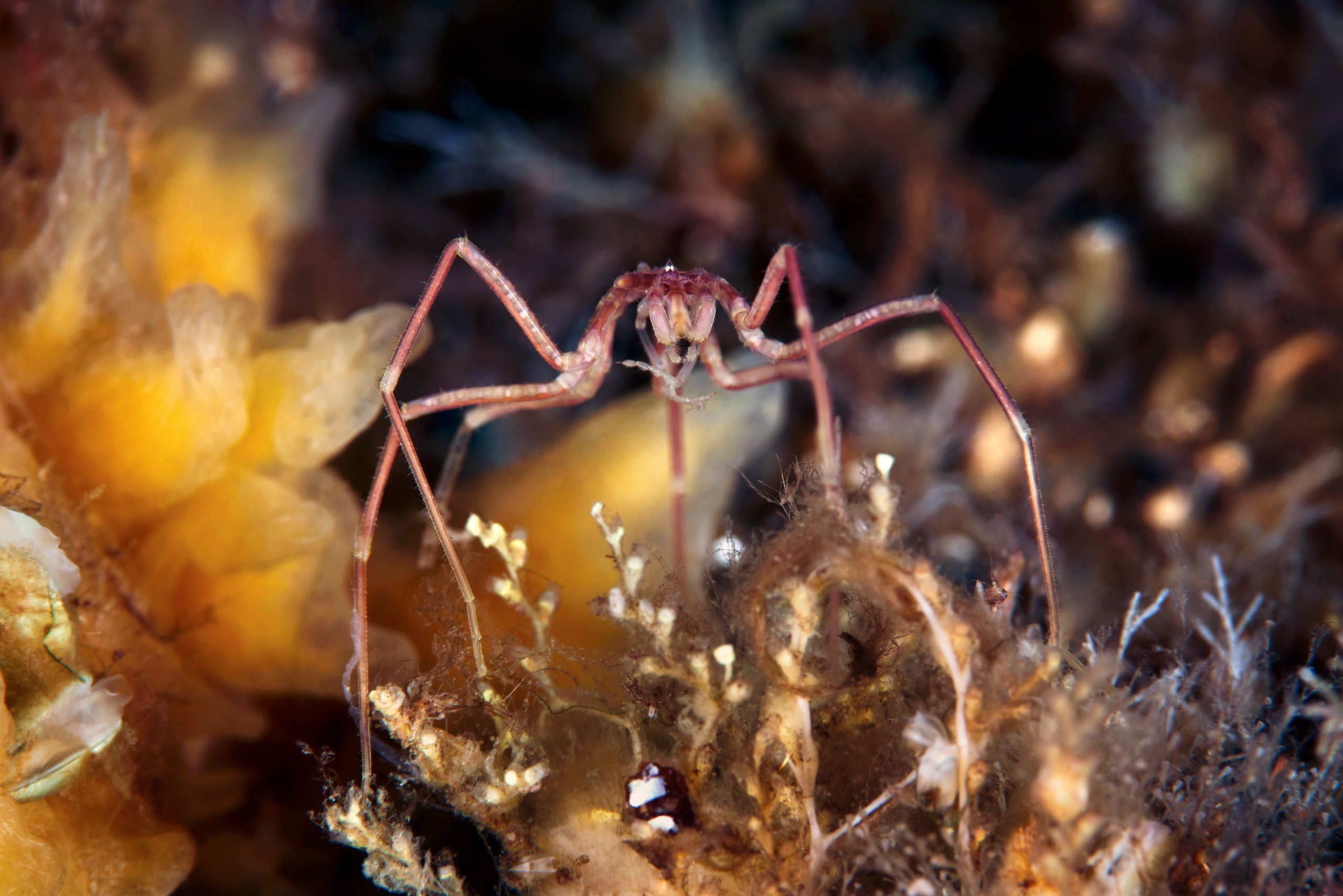 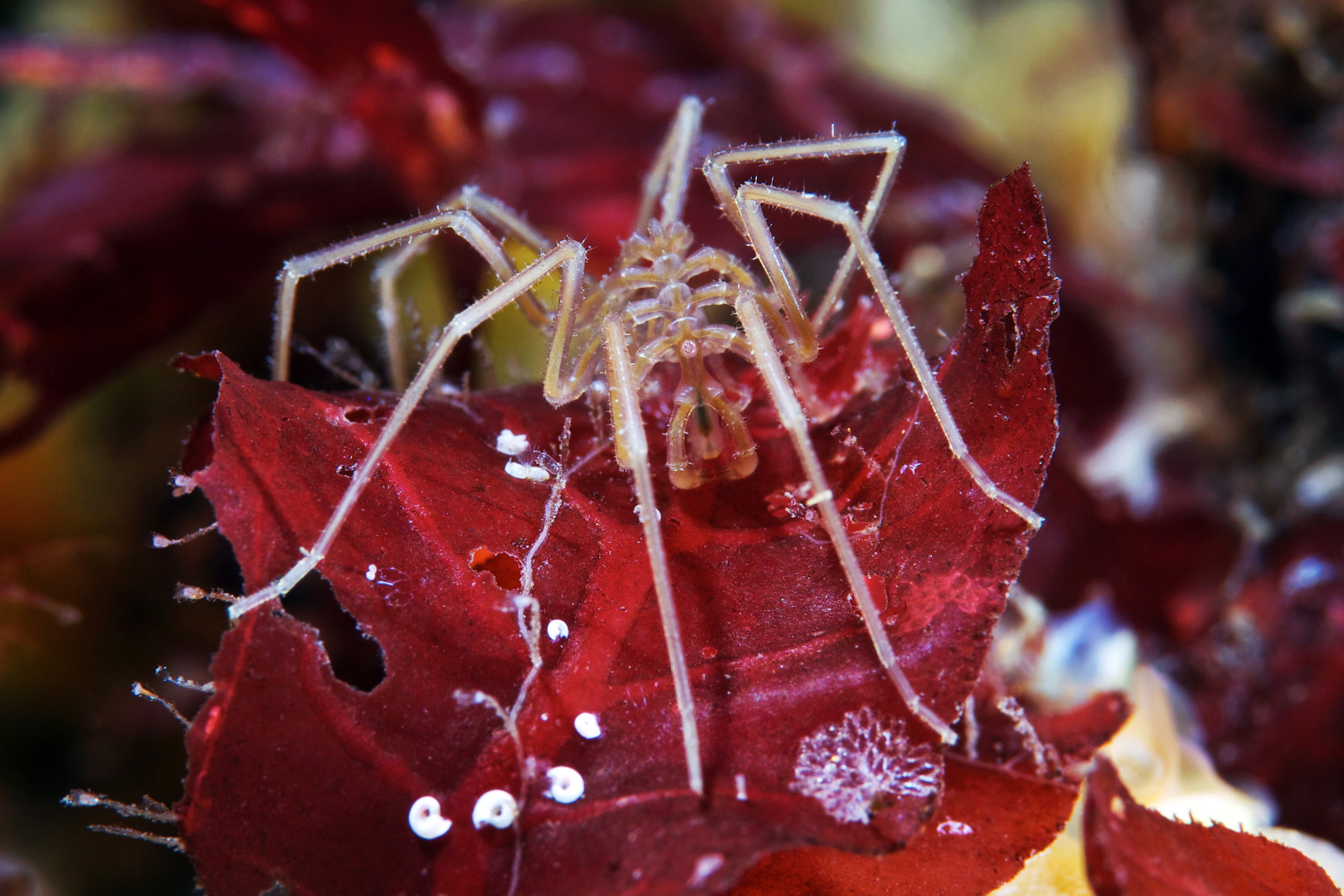 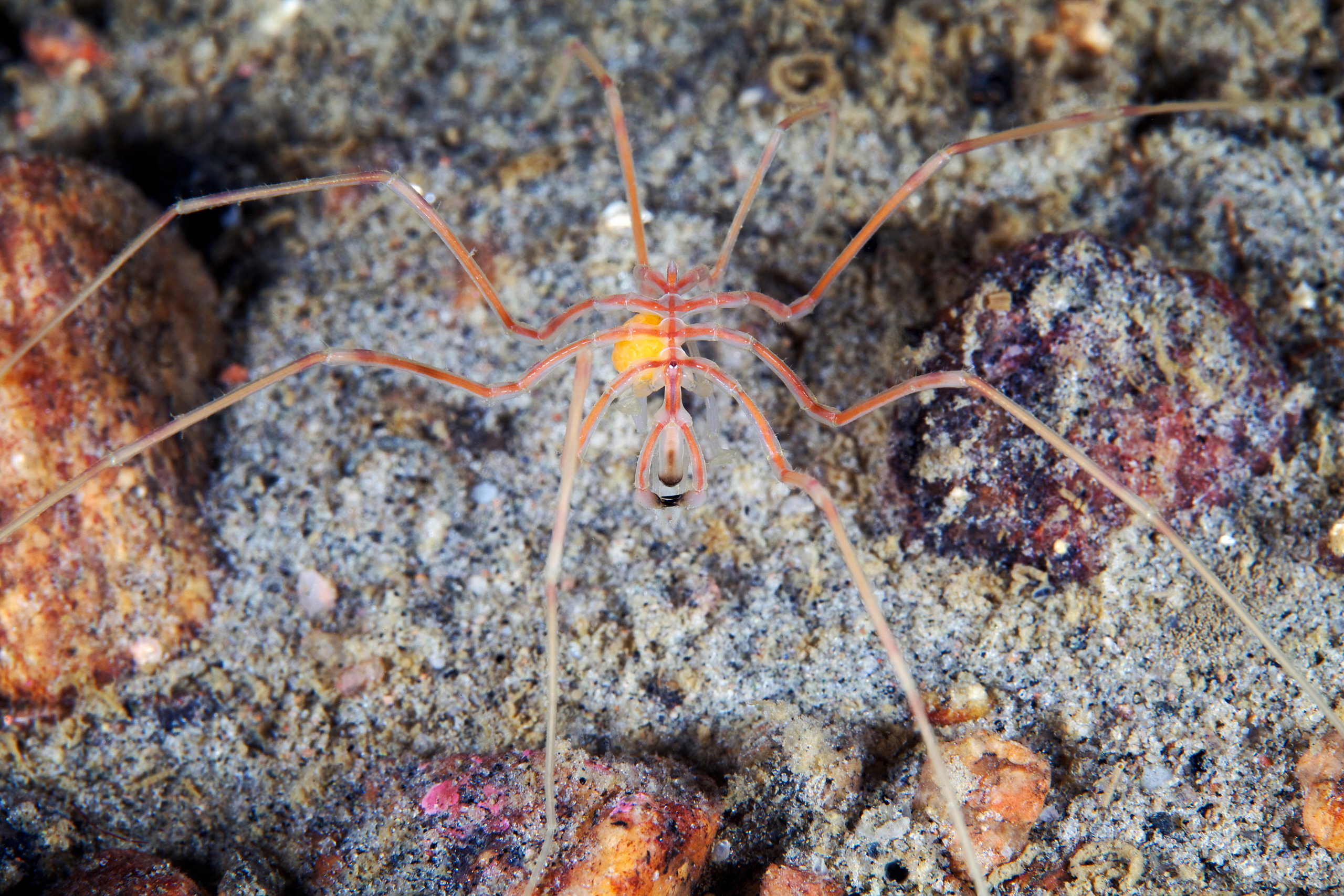 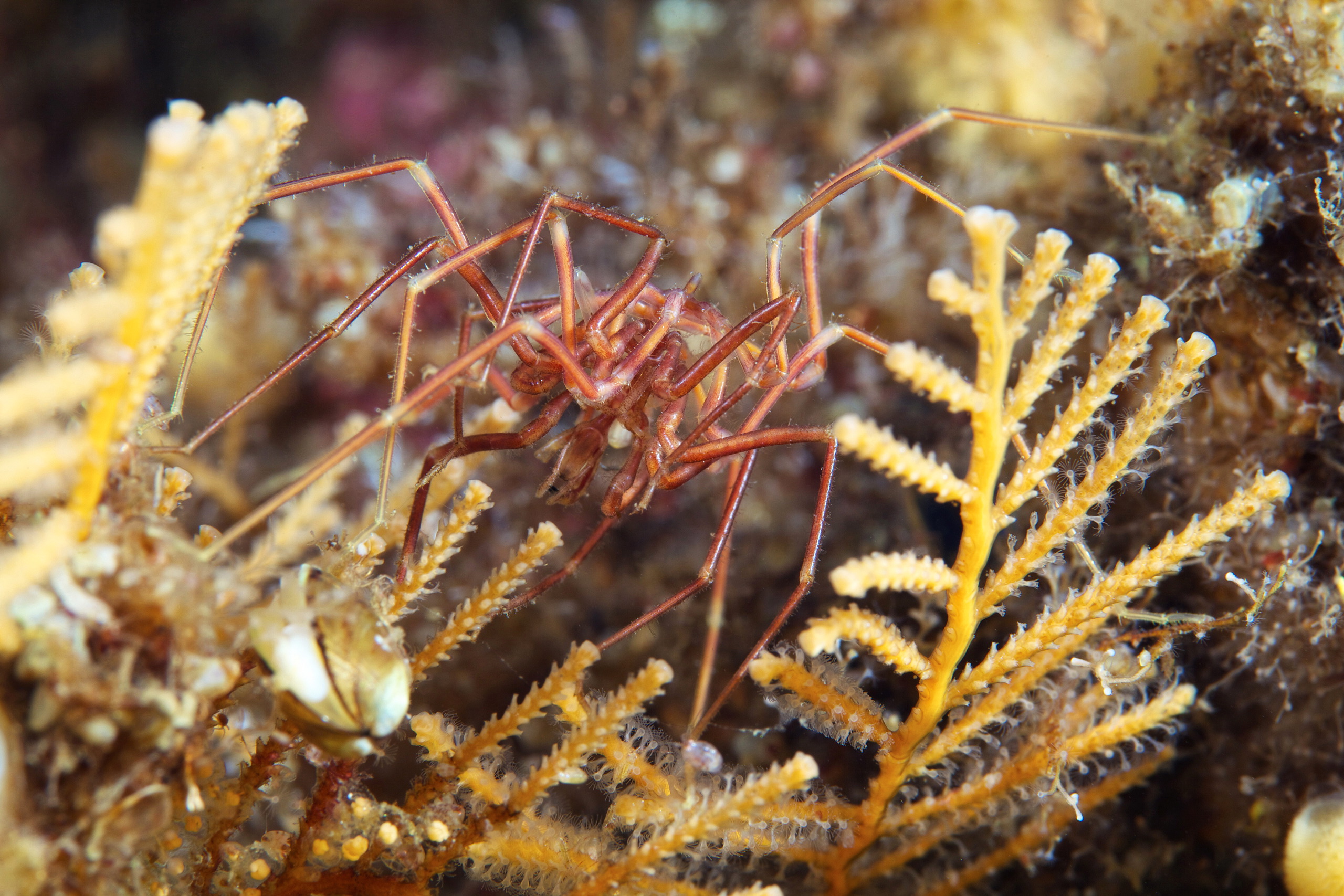 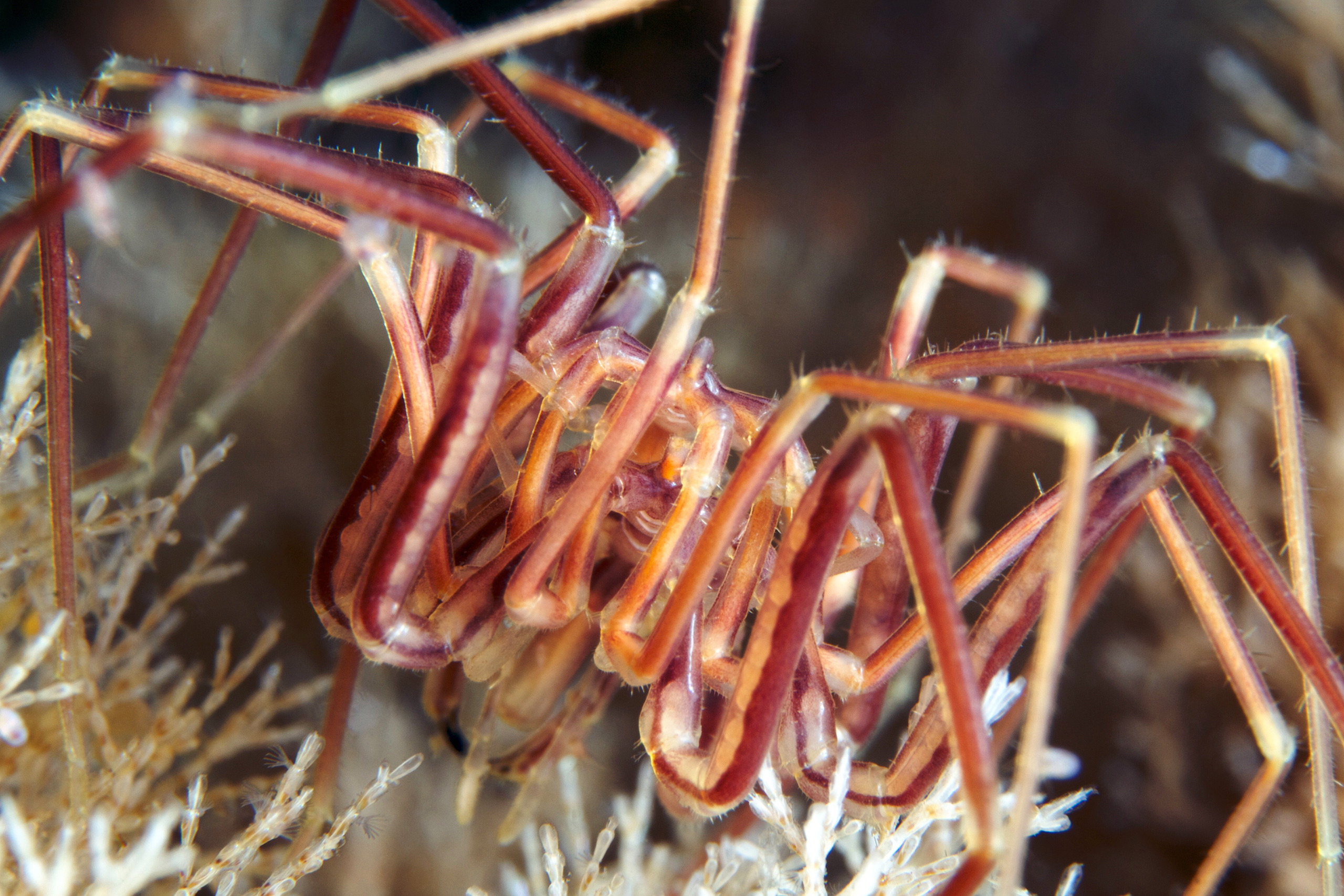 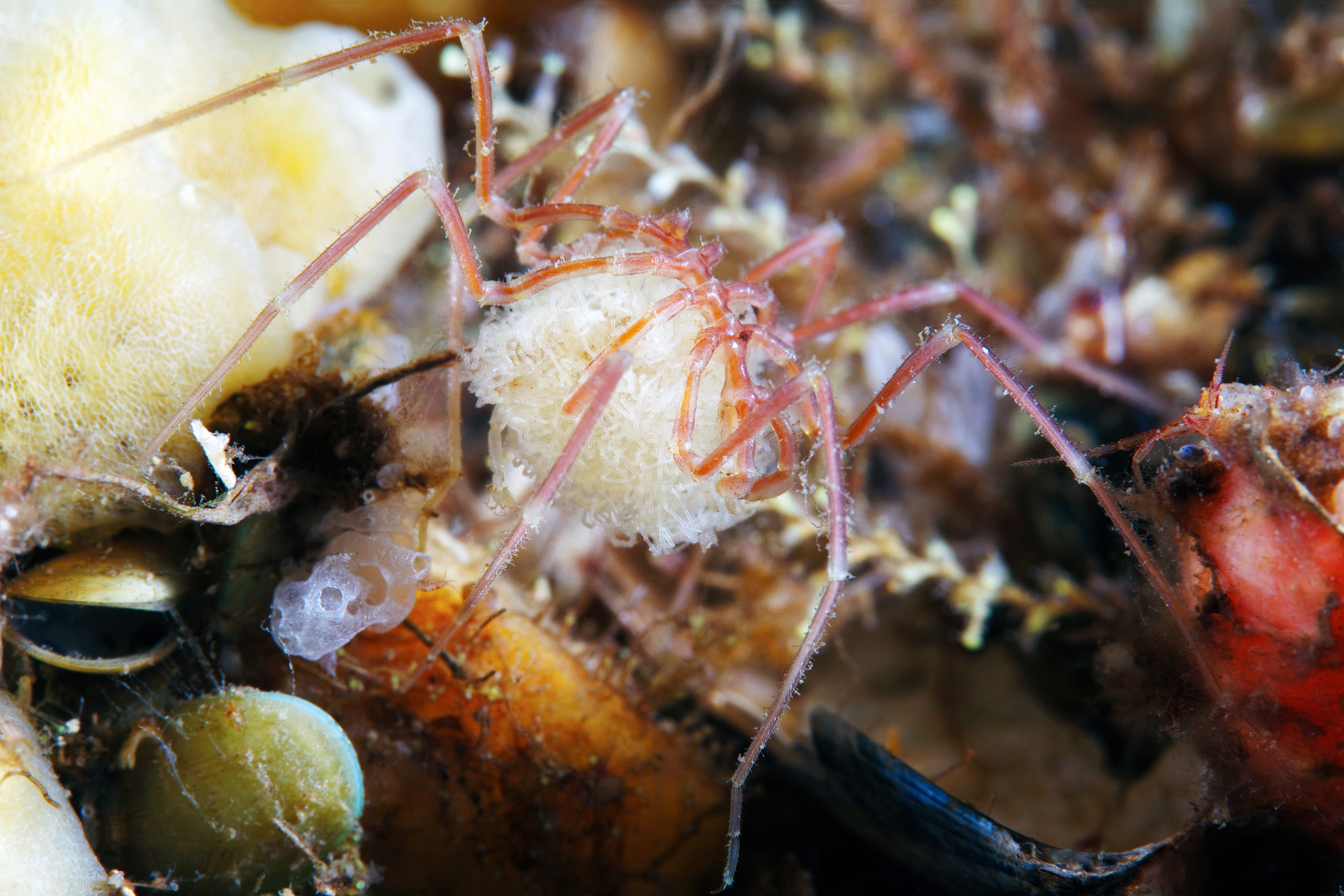 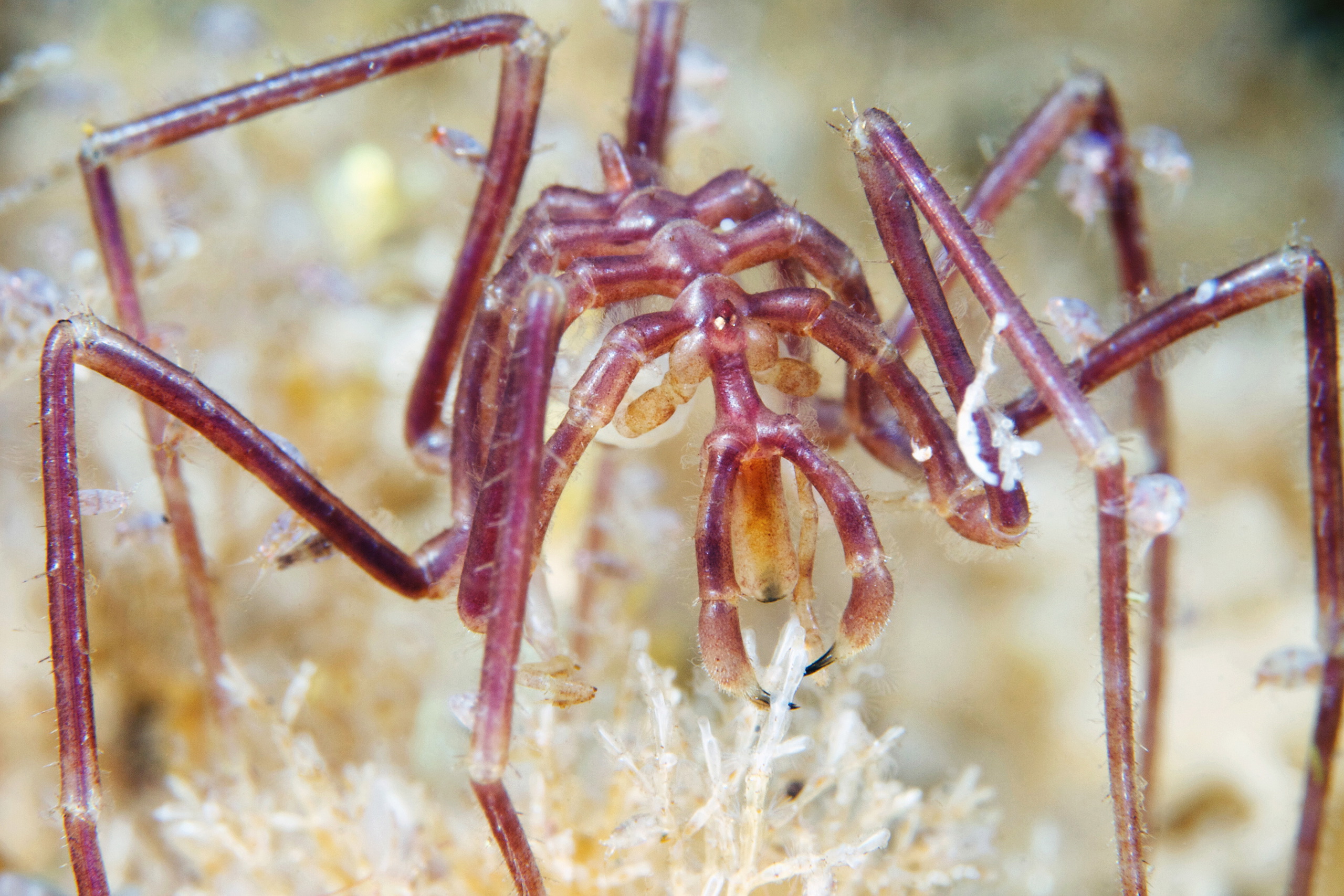 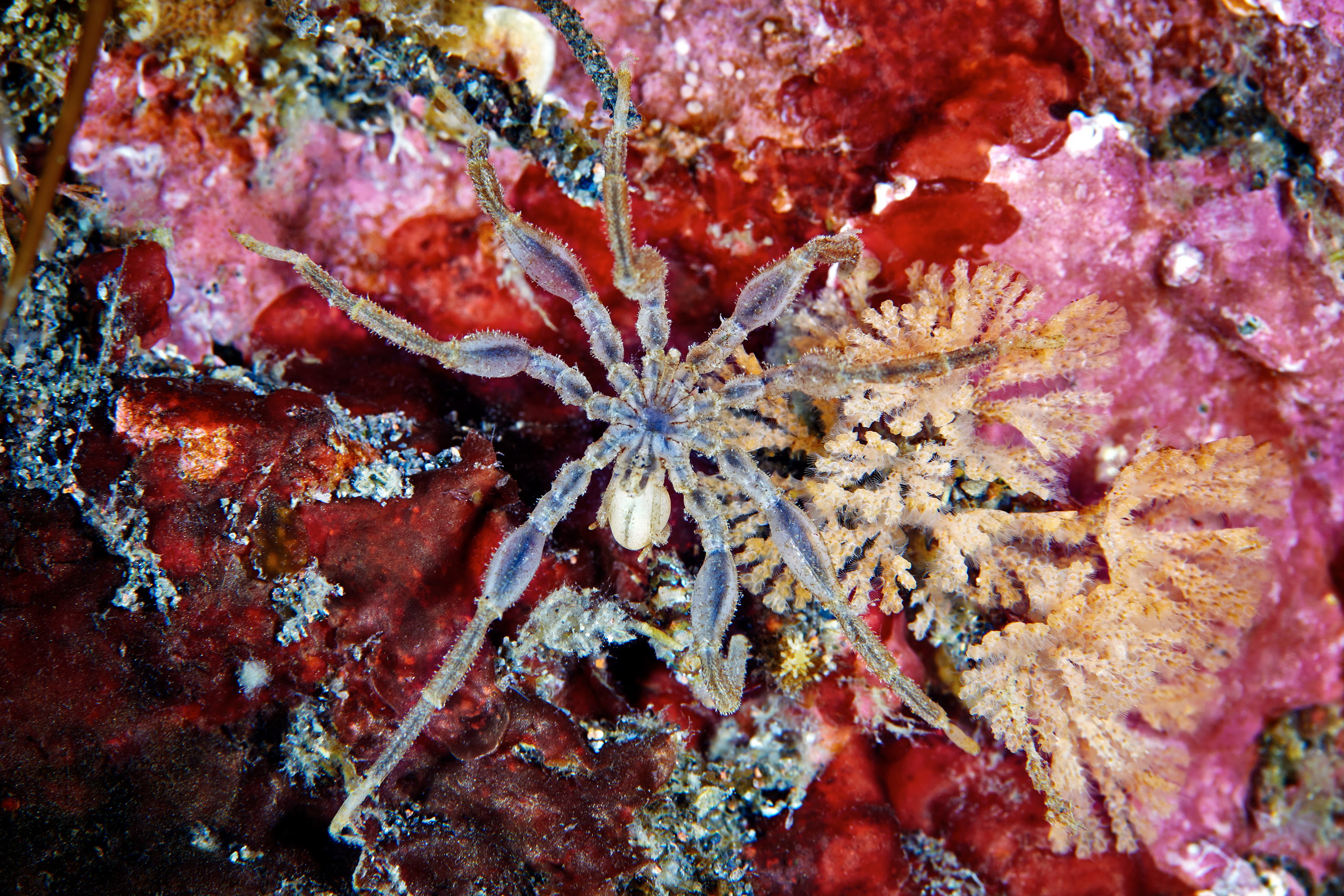 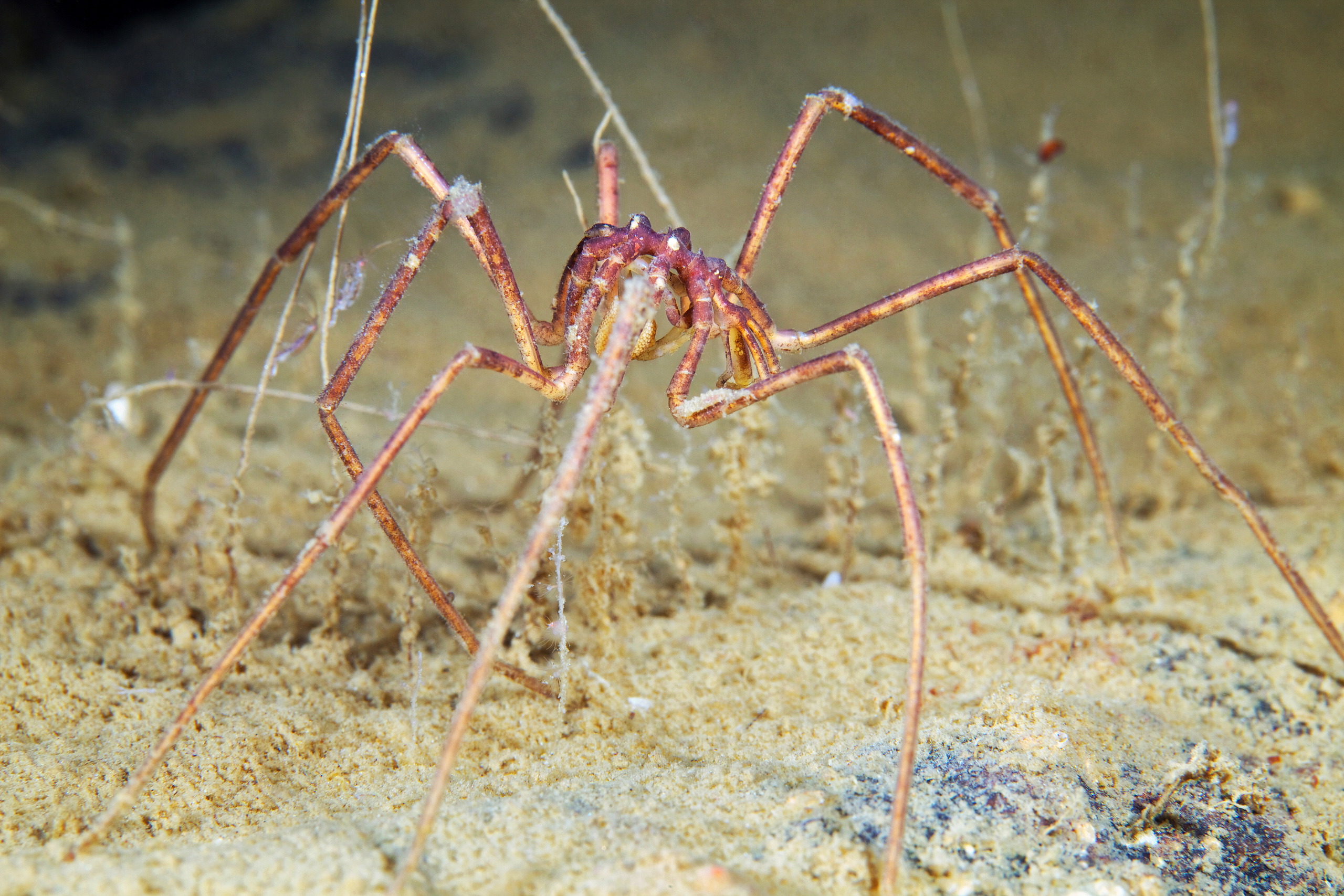 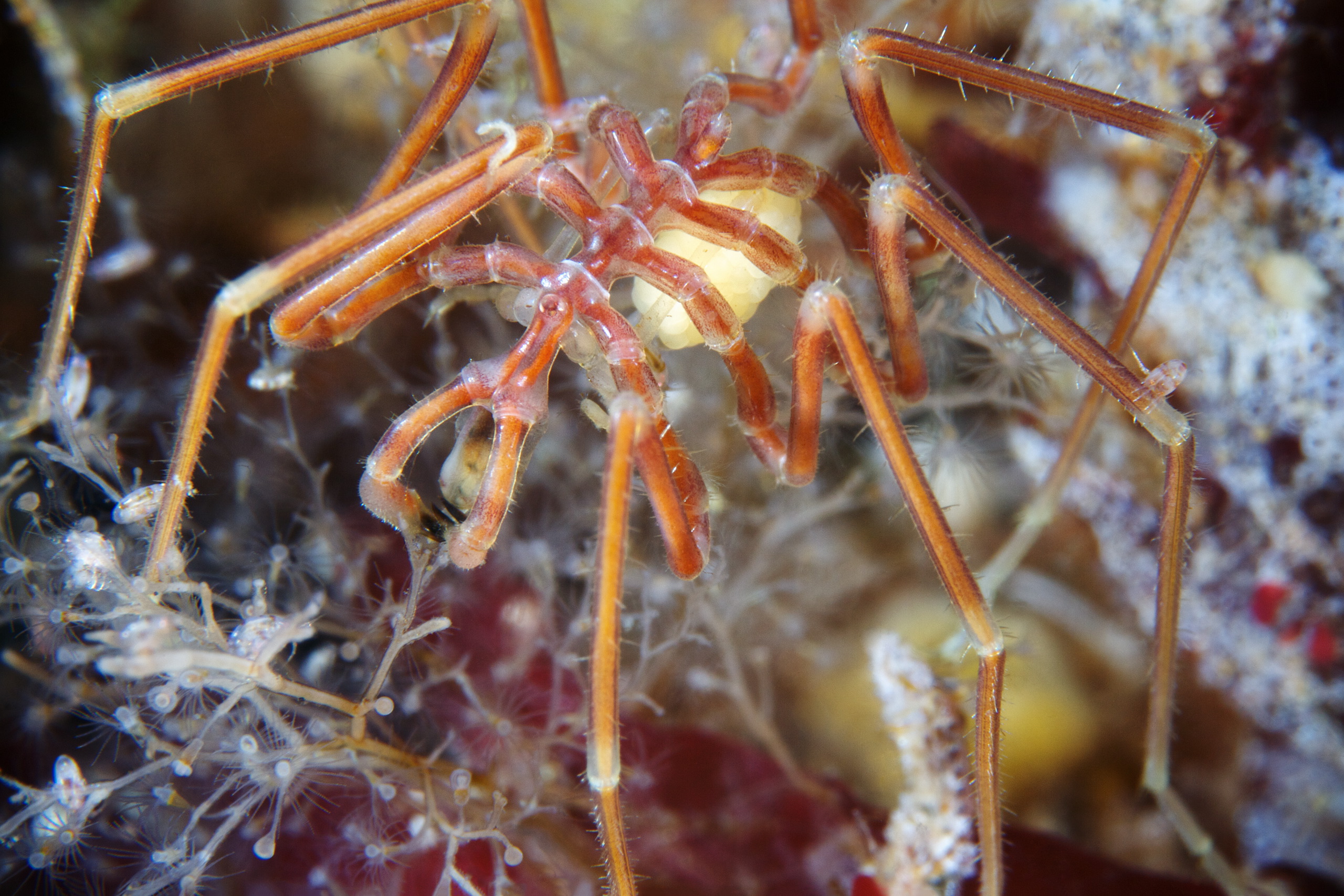