The water column is home to some really peculiar creatures that have the unique ability to alternate life forms – hydrozoans. They belong to the phylum Cnidaria and constitute a separate class, with corals and several classes of jellyfish being their closest relatives. The life cycle of most hydrozoans includes a jellyfish stage. These organisms called hydroids are usually tiny and have a very simple structure. These hydrozoan jellyfish have very short lives. Their main purpose is to facilitate the reproduction and expansion of their species over long distances. Their small size and inability to resist the currents mean that waves can carry them to the furthest parts of their ocean. Jellyfish larvae eventually settle on the sea floor where they form polyps. In fact, hydroids live most of their lives as small polyps, rather than as jellyfish. They usually form a colony of polyps, which looks like a leafy bush on the sea floor.

Hydrozoans are incredibly diverse: they include solitary polyps, such as Hydra which many of us remember from biology lessons in high school, giant flower-like deep-water polyps Tubularia indivisa that do not go through a medusoid stage, the poisonous jellyfish Gonionemus vertens, or the luminescent jellyfish Aequorea victoria. There are 2800 known species of hydrozoans in the World Ocean! While the jellyfish stage of a hydrozoan may last from a few hours to a few months, a colony of polyps lives for an incredibly long time. It can practically disappear in adverse conditions, but when the time is right, it can regenerate from hydrorhiza, which is the base of the hydrozoan colony which looks like a creeping branching stolon. The entire hydrozoan colony is, therefore, a single organism sharing the same genetic material and capable of asexual reproduction; that is, every single polyp (or zooid) in the colony is a clone. Dioecious jellyfish also form asexually right on the branches of the hydroid in special medusoid buds, after which they gemmate to drift freely through the water. Hydroids are capable of sexual reproduction and external fertilization, which results in a primitive planktonic larva known as planula that settles on the sea floor and gives rise to a new generation of polyps. 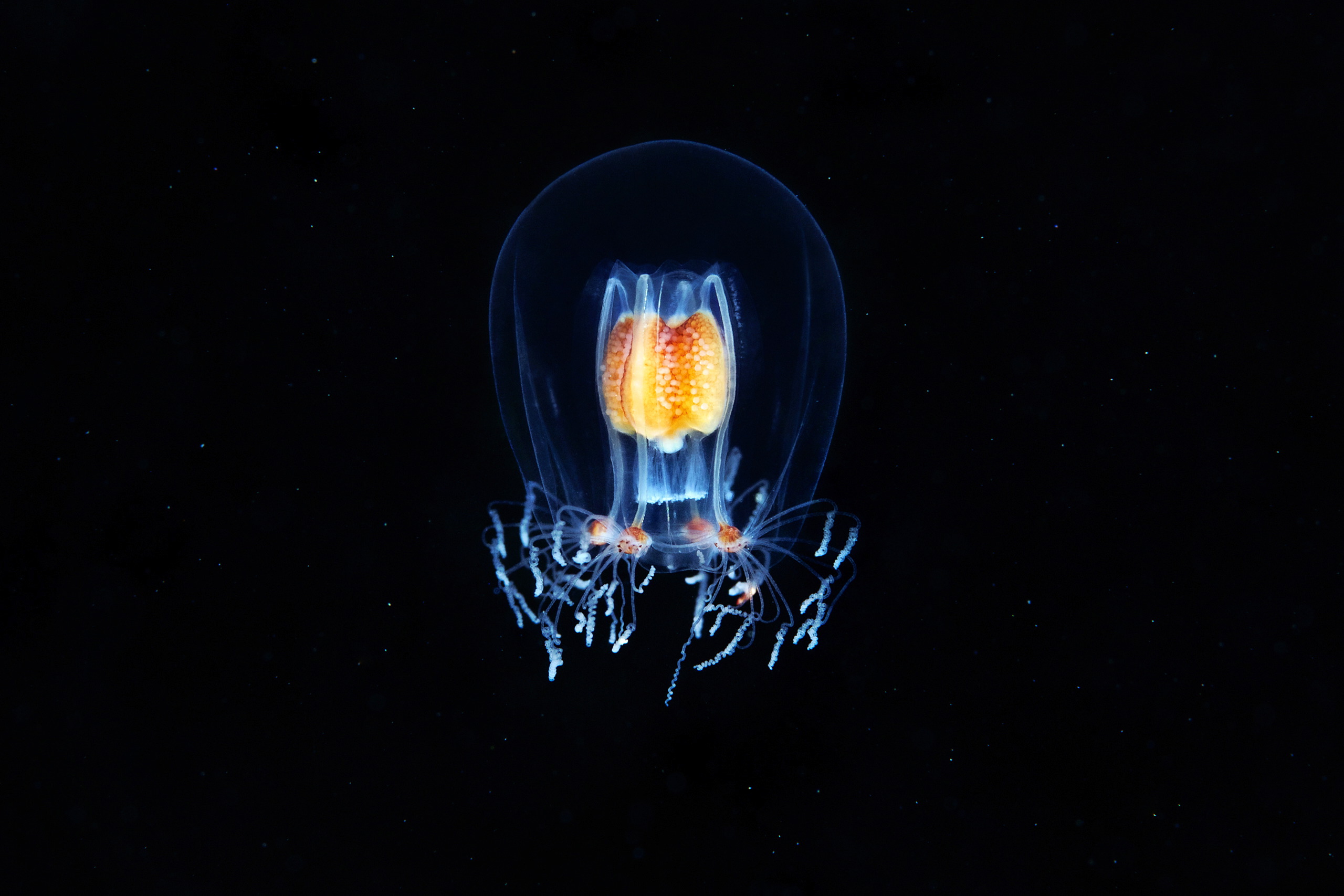 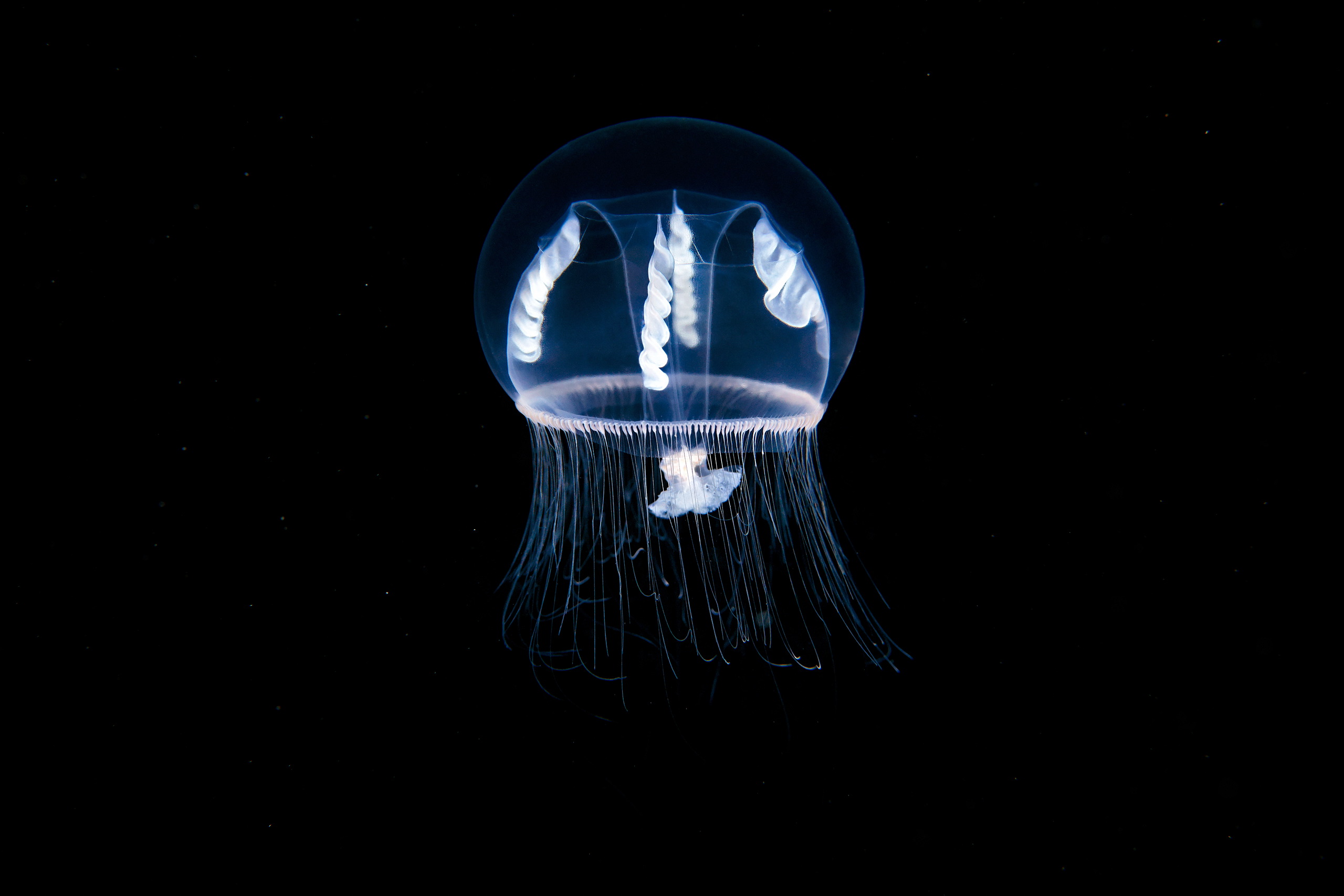 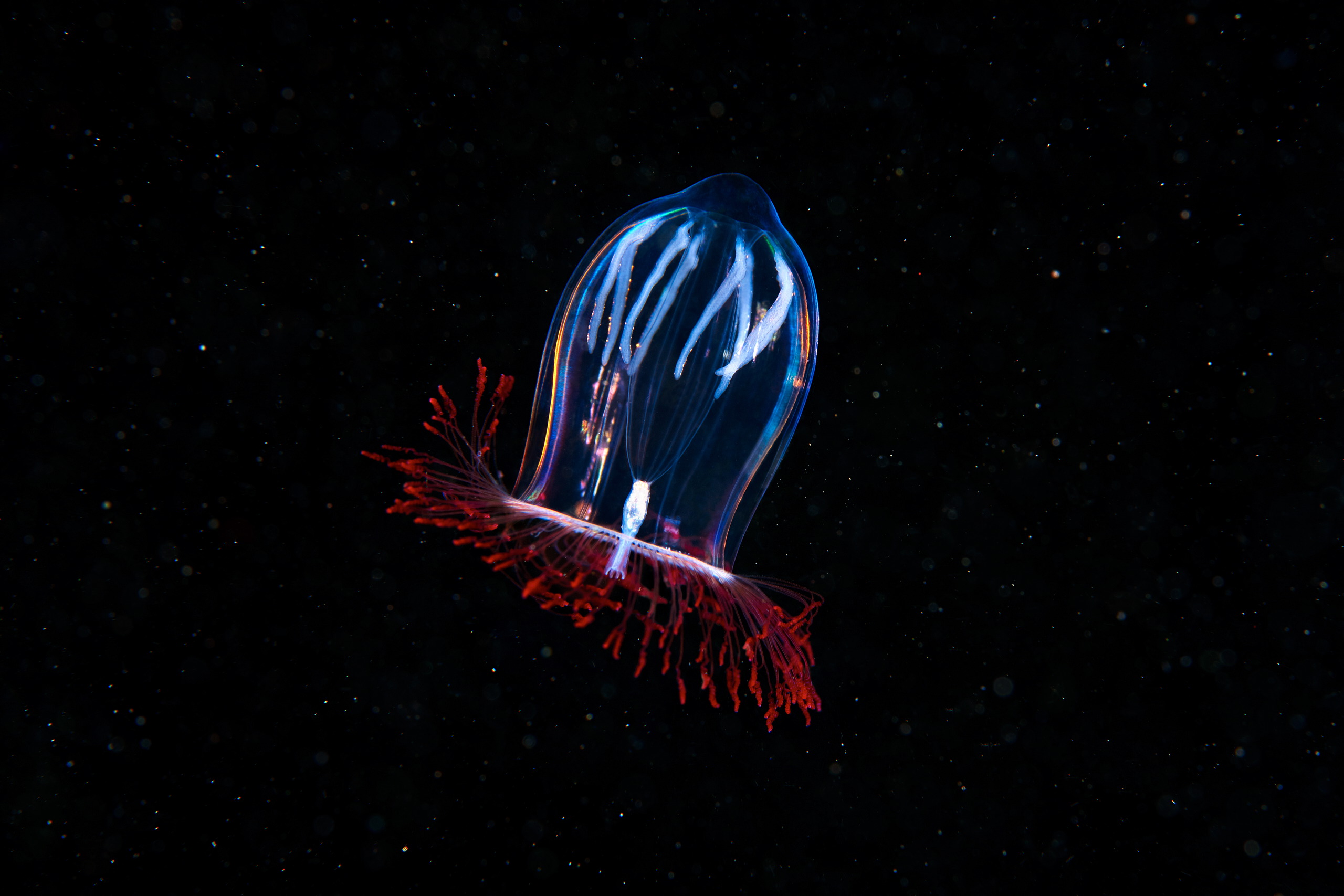 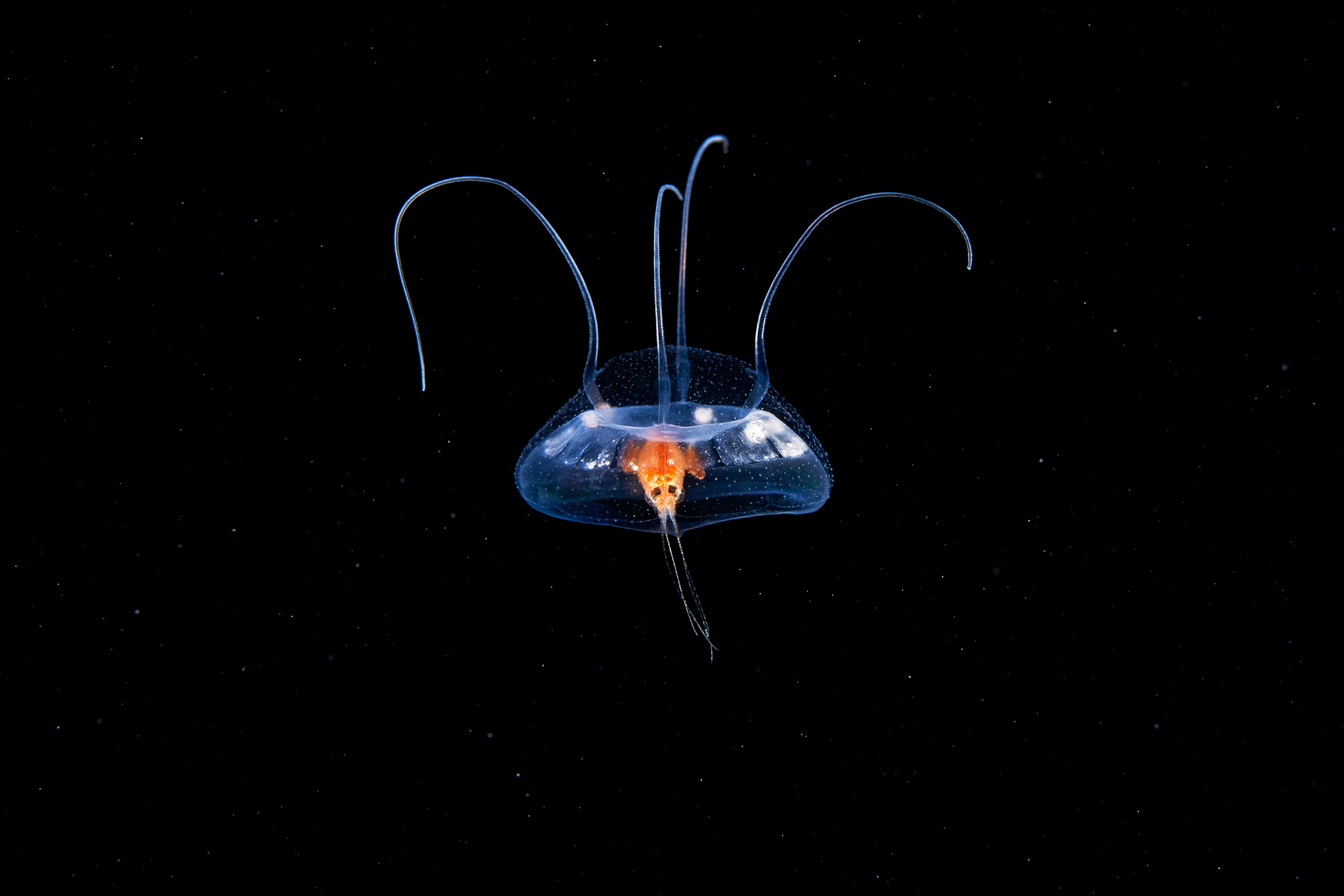 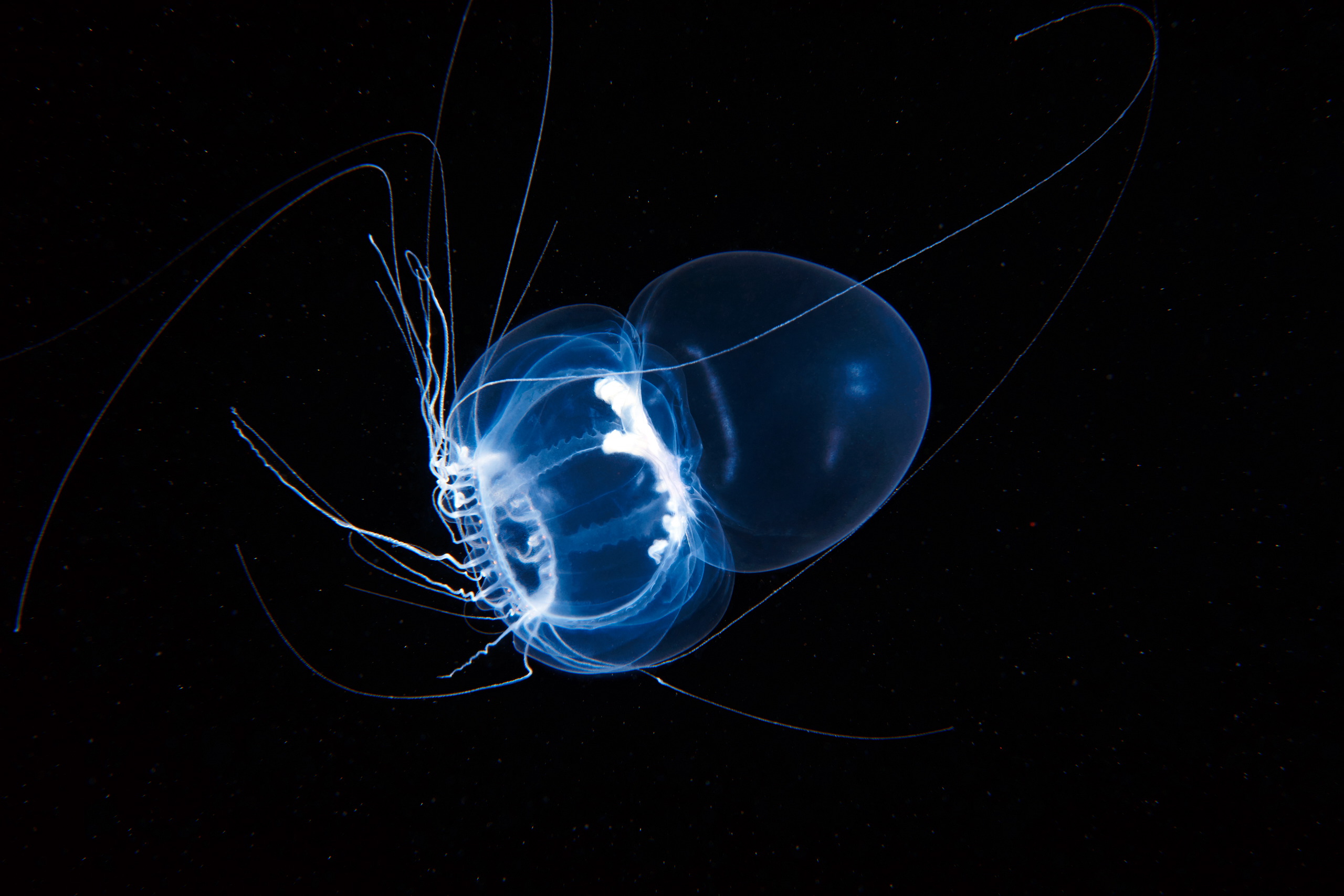 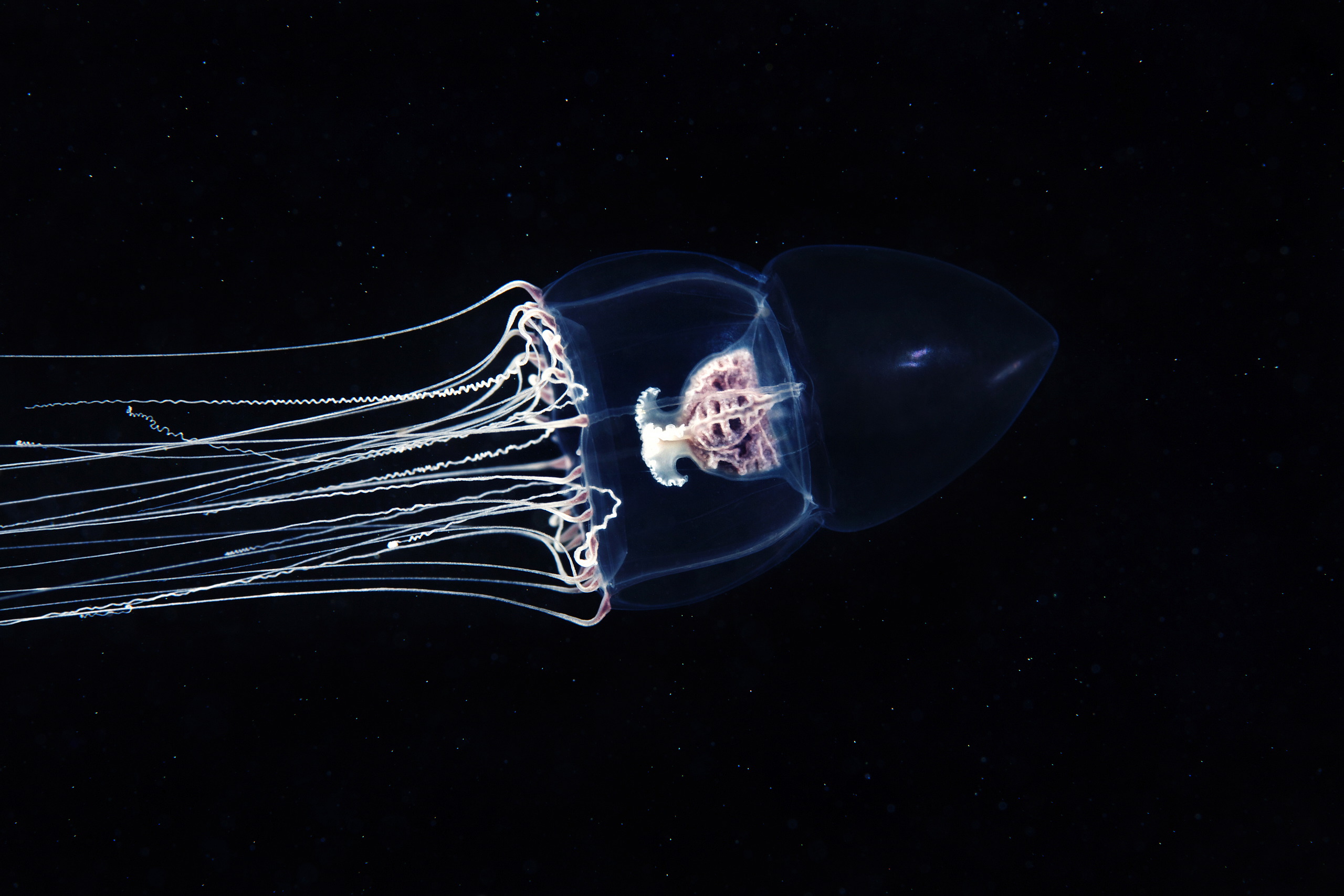 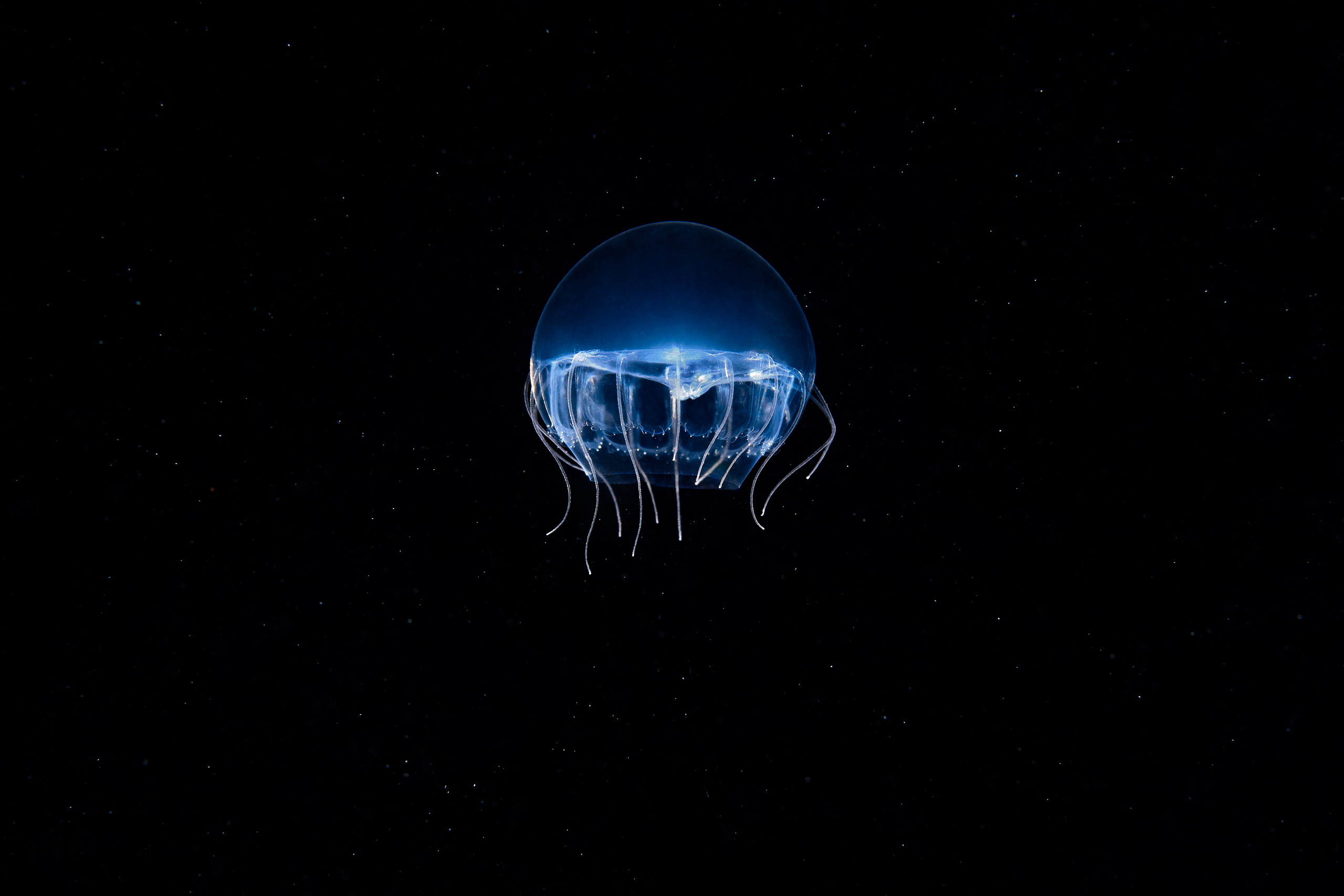 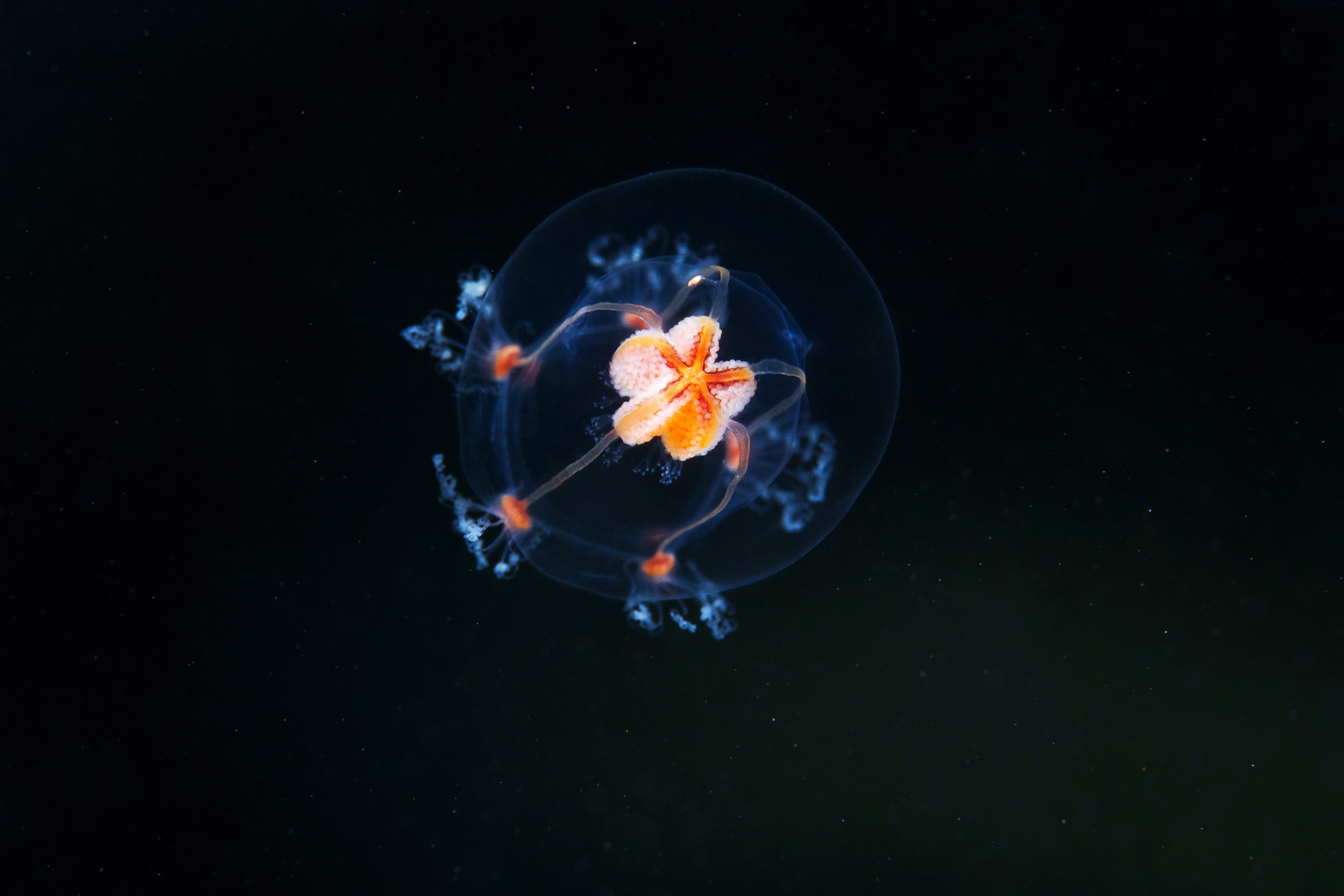 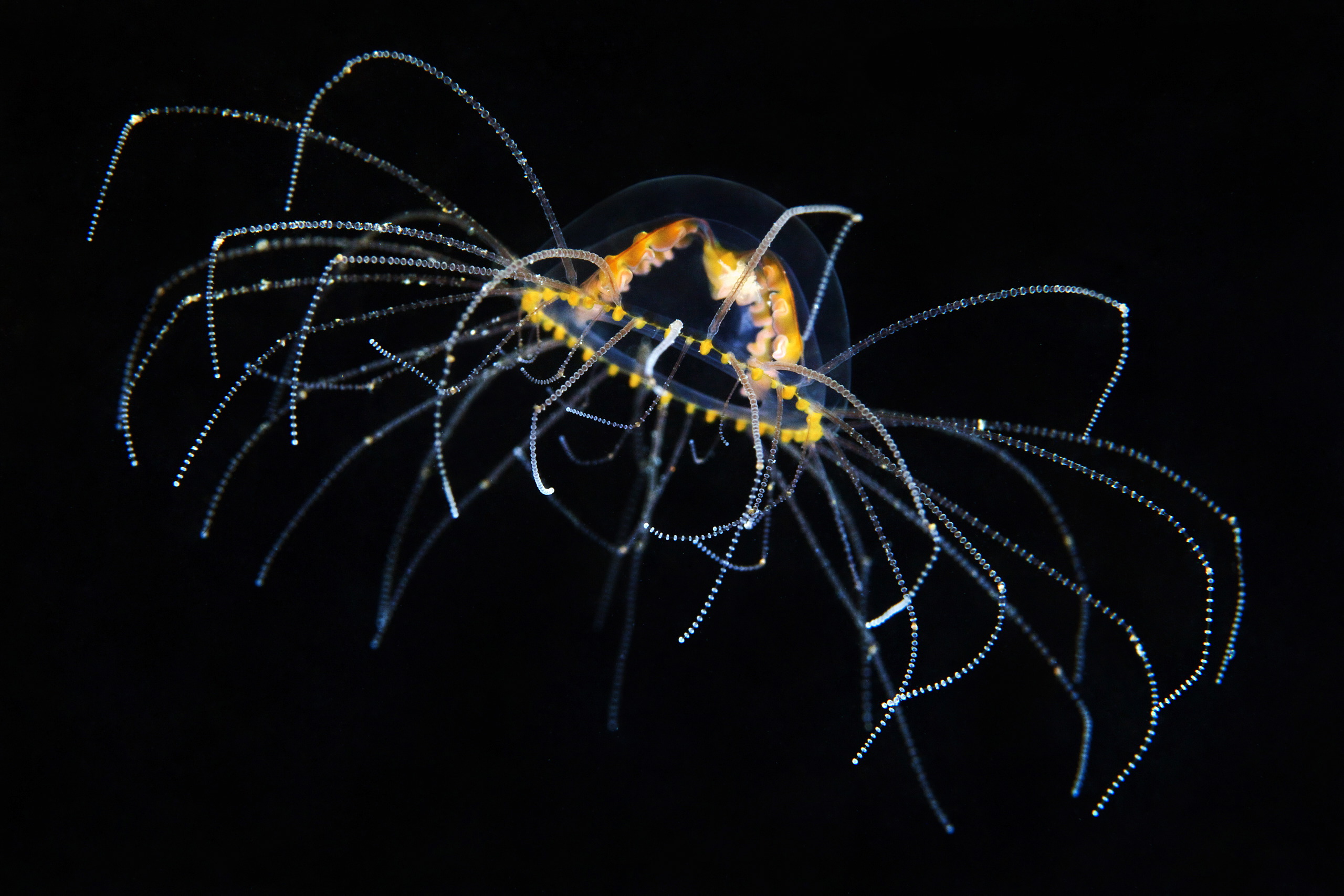 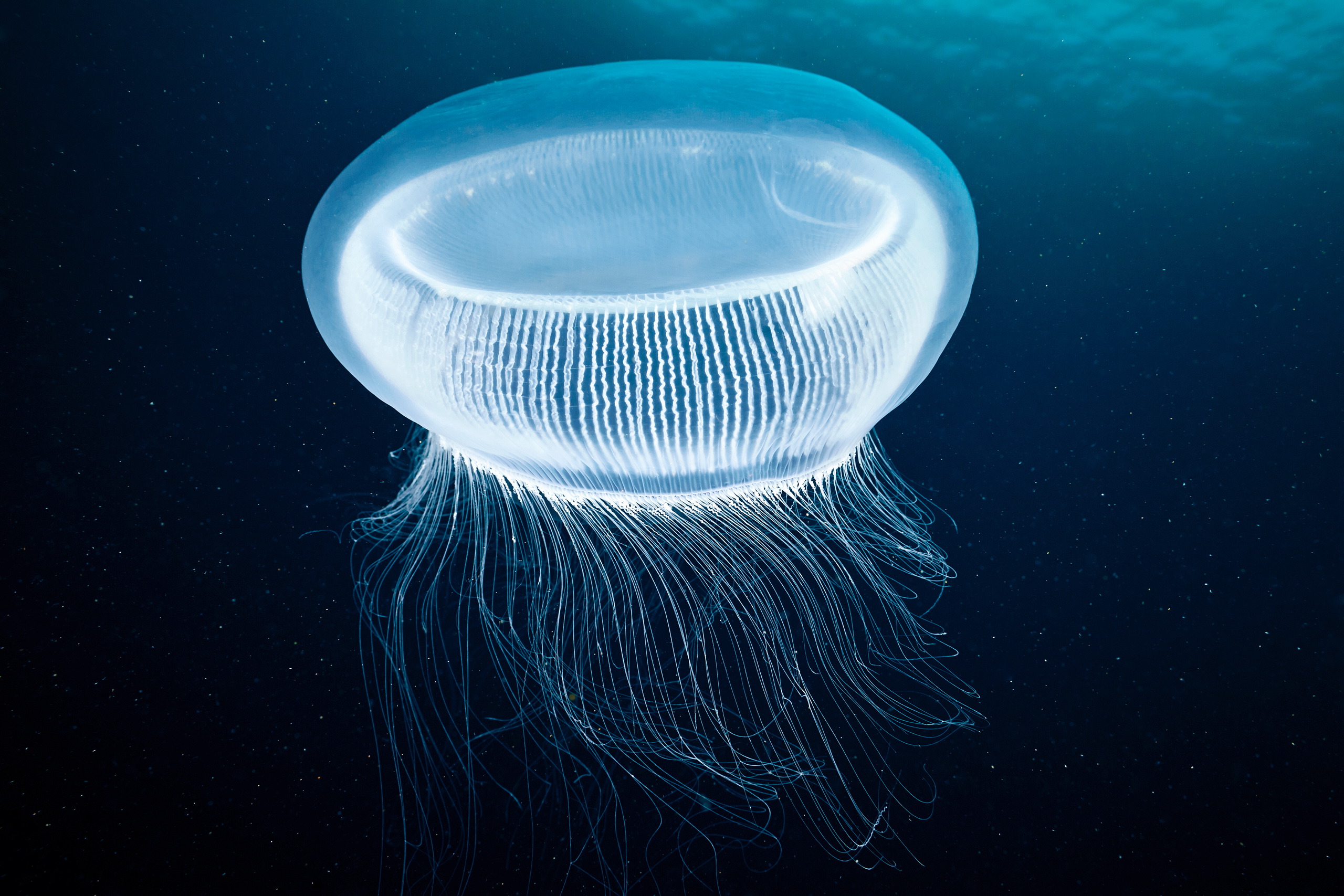 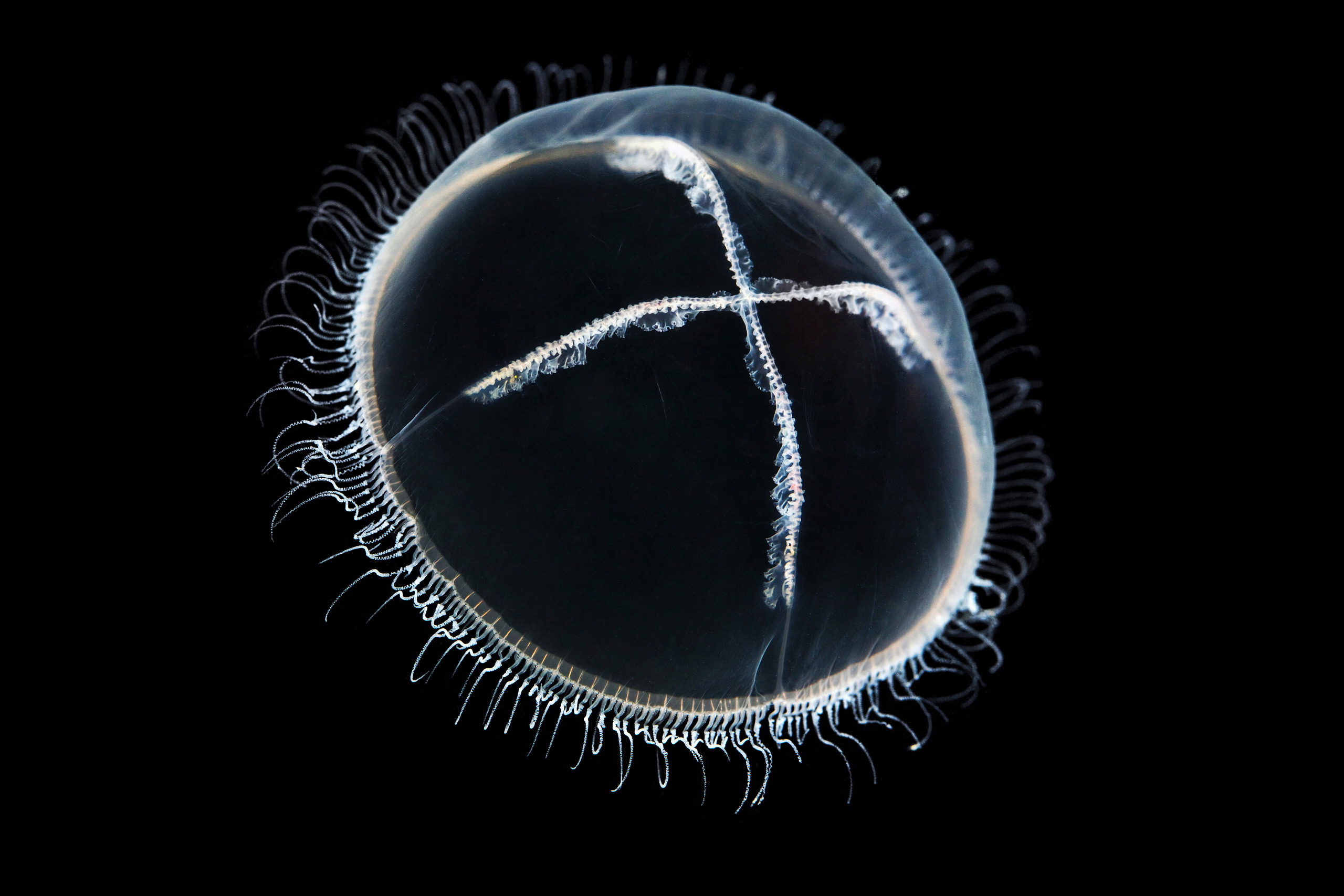 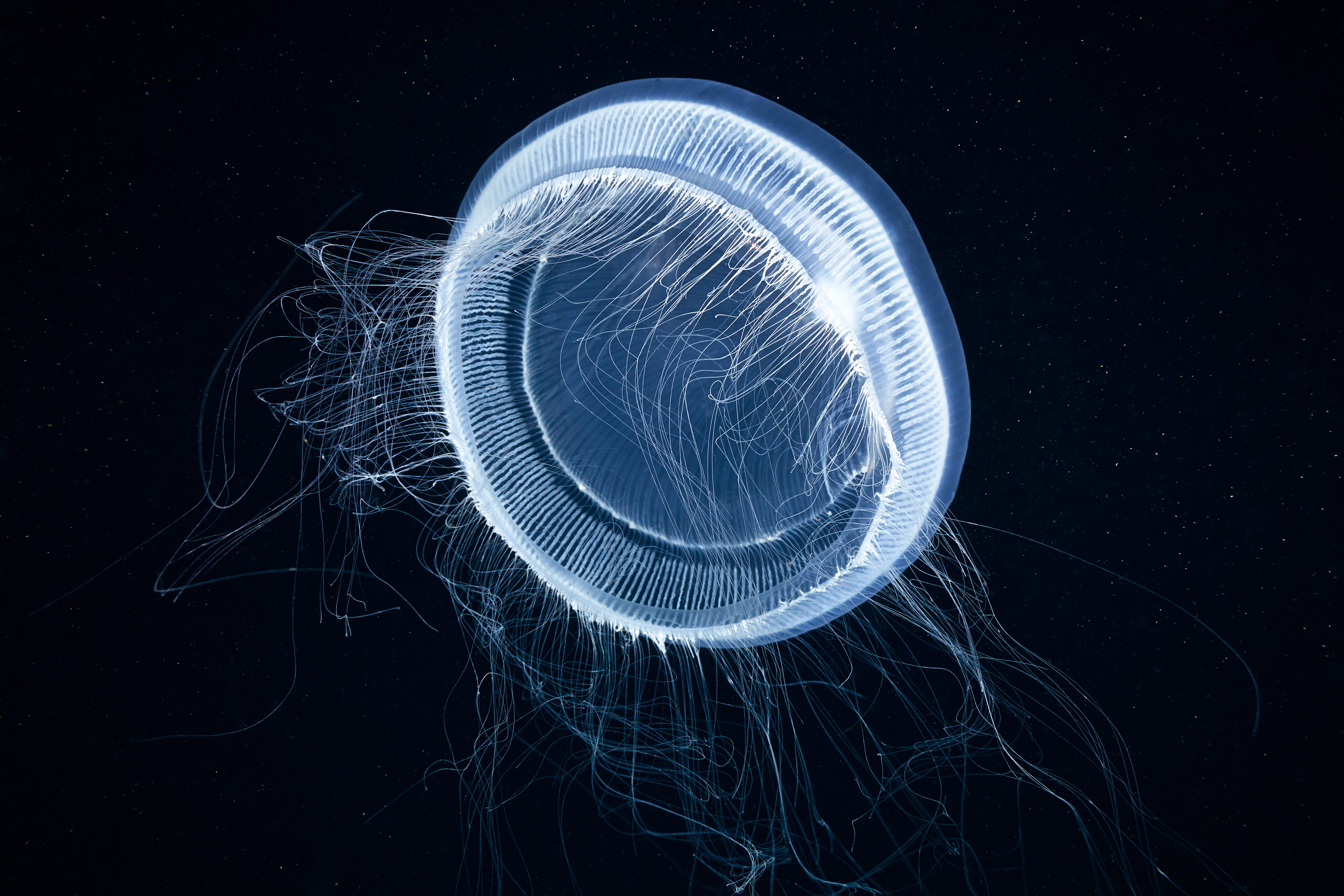 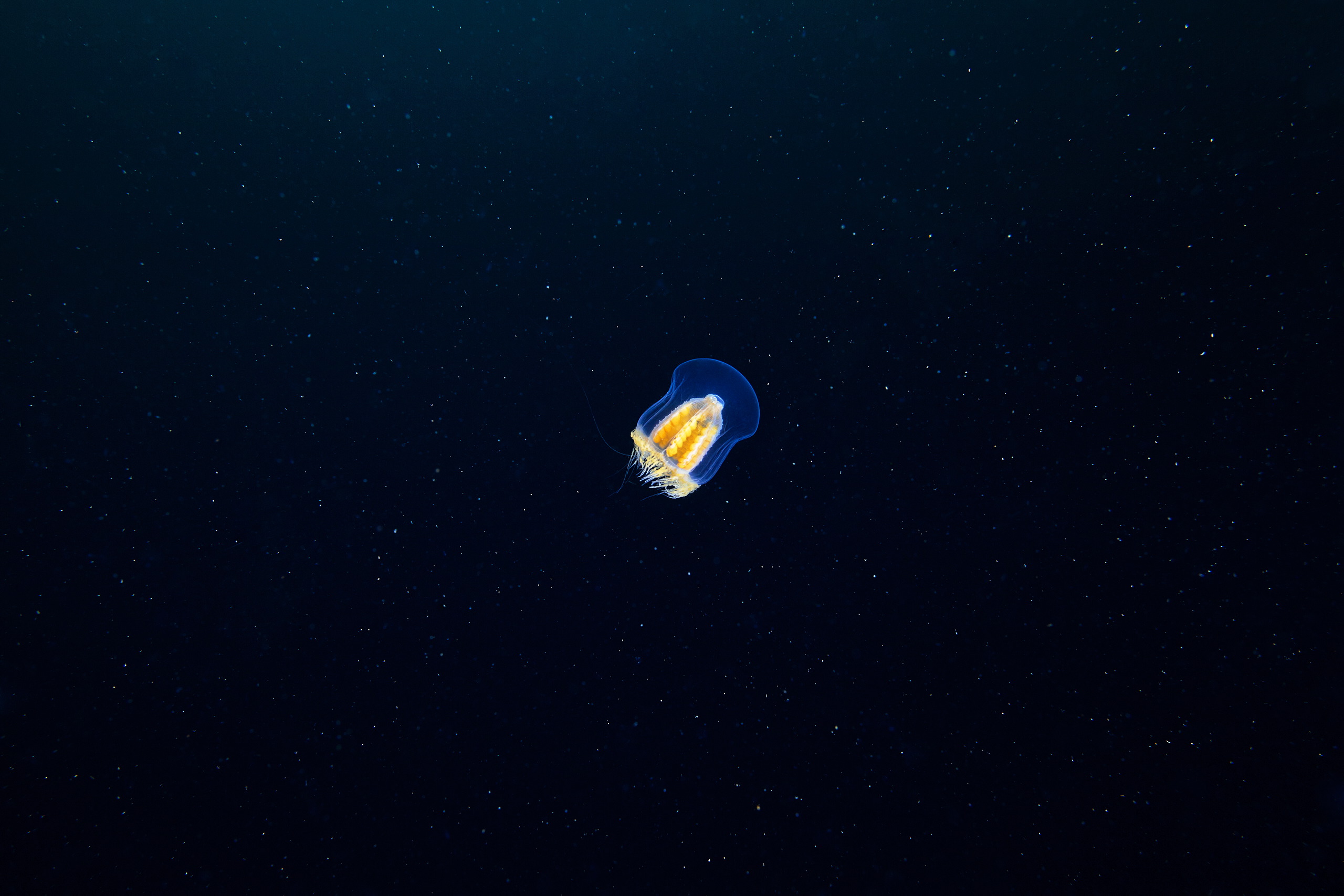 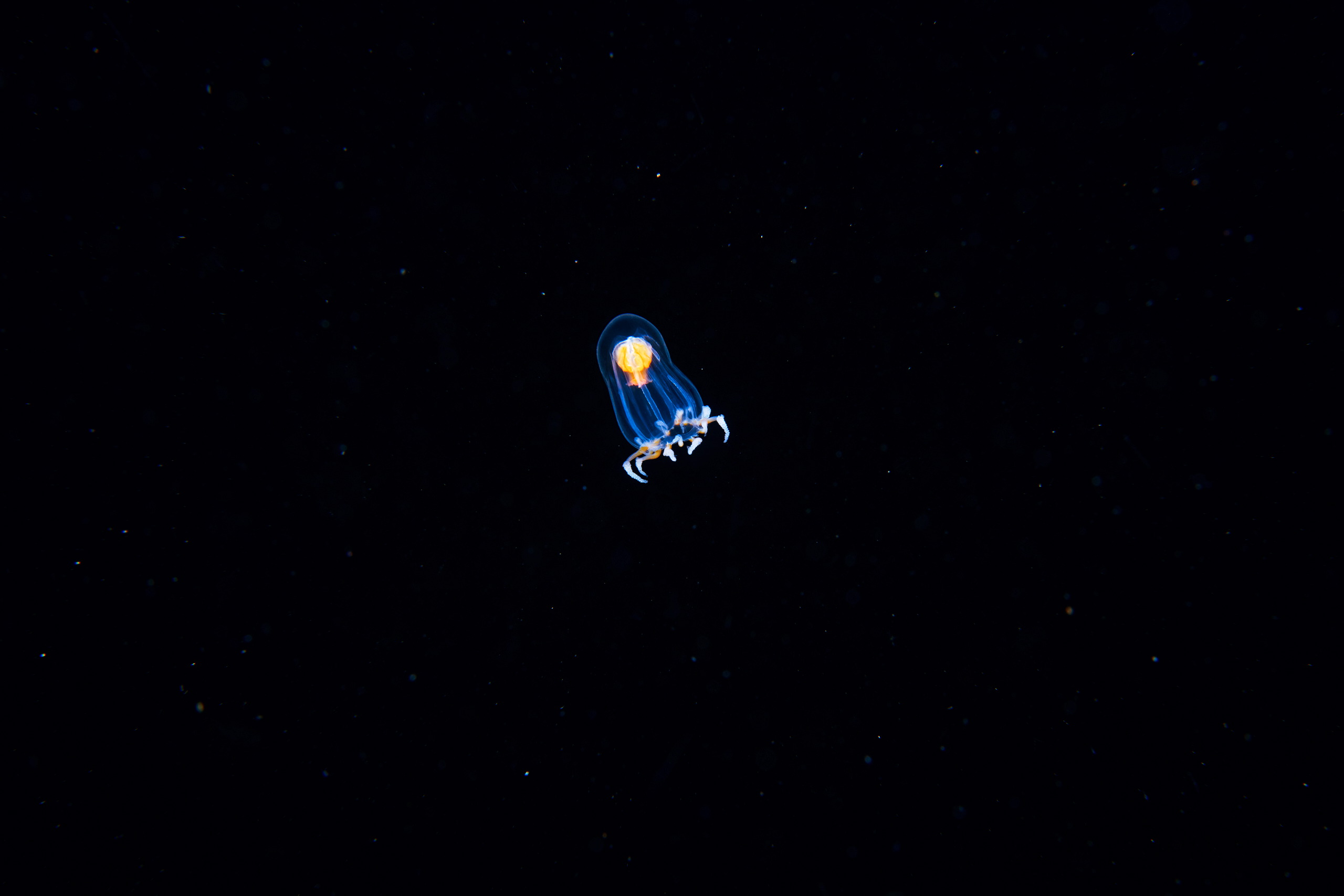 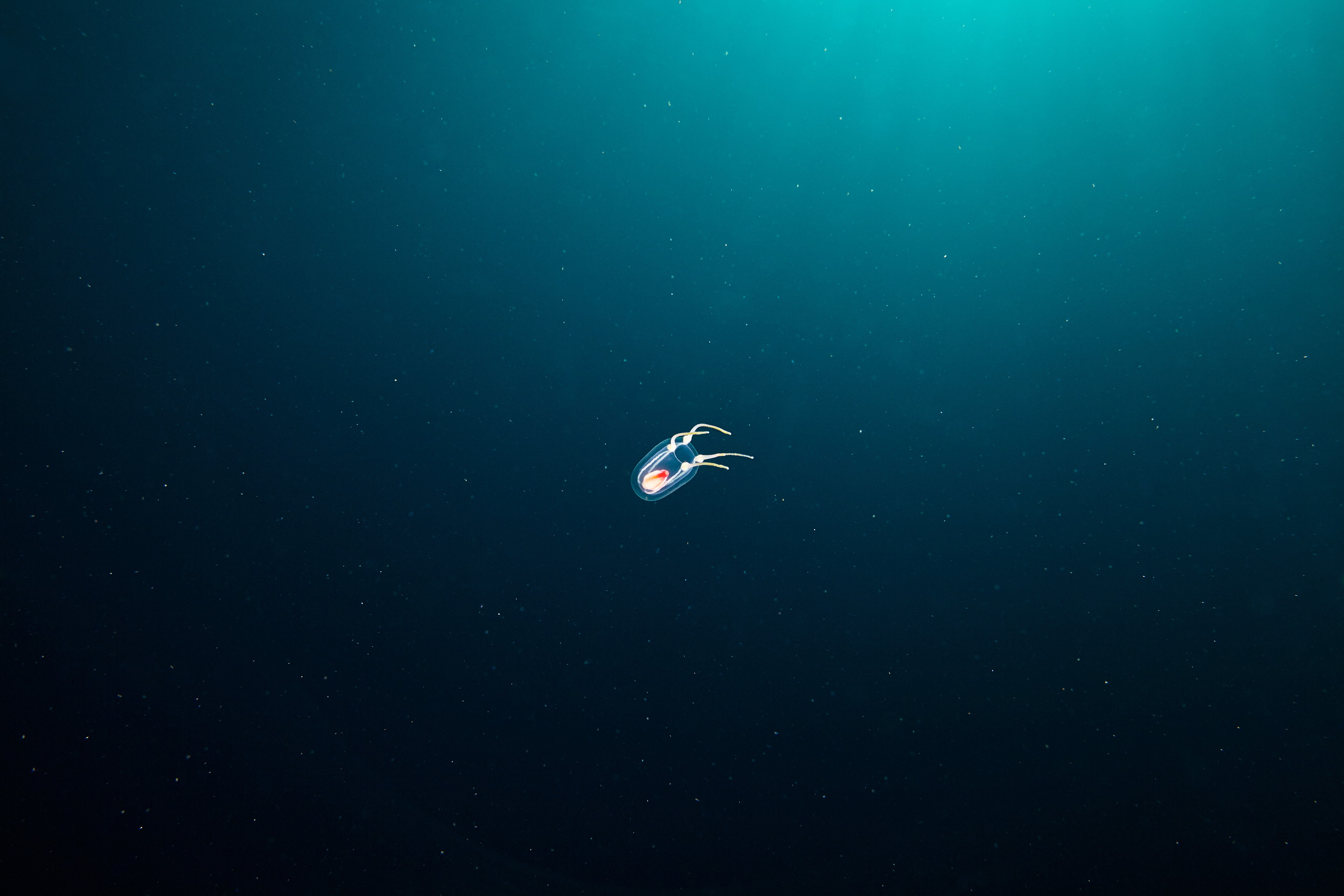 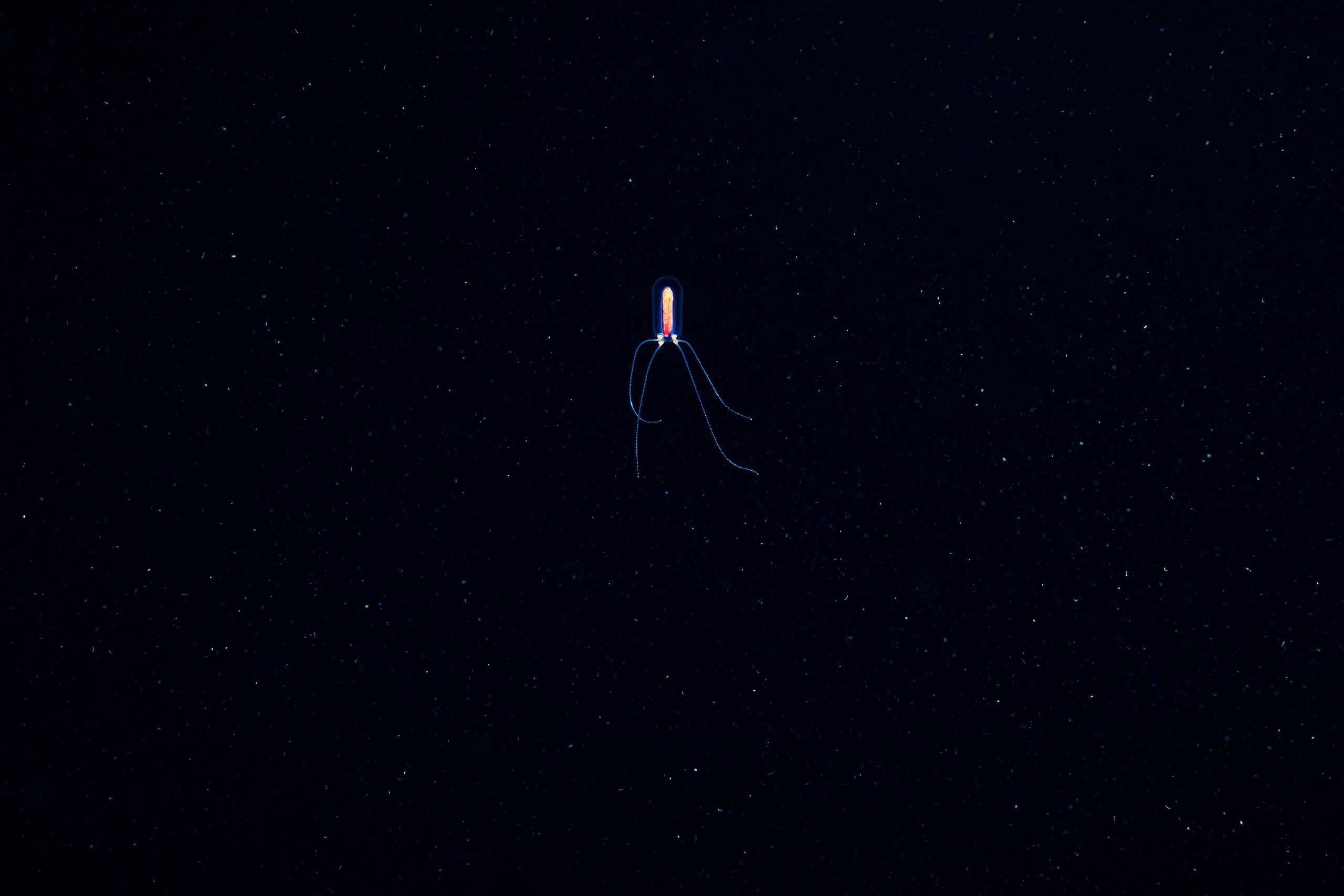 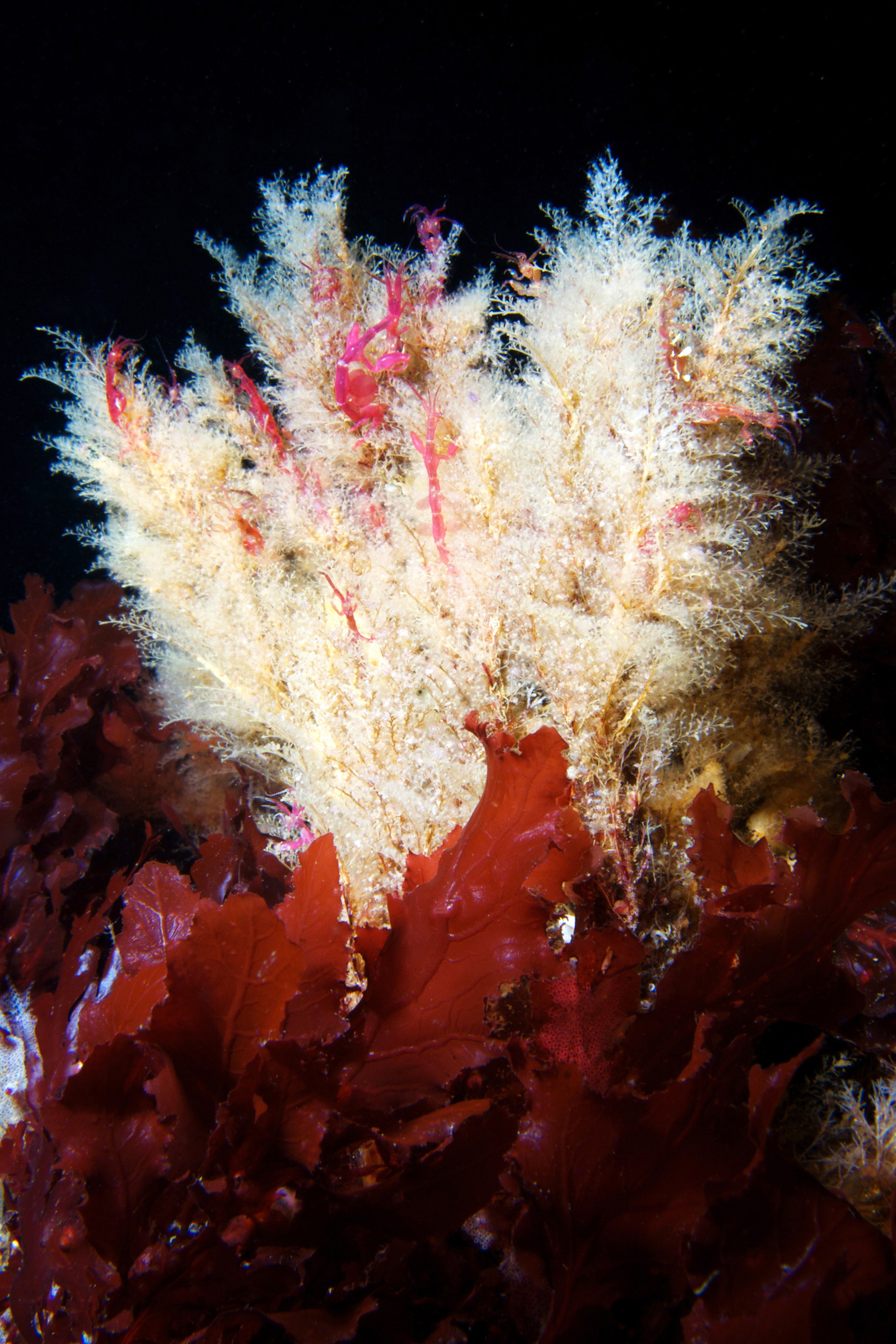 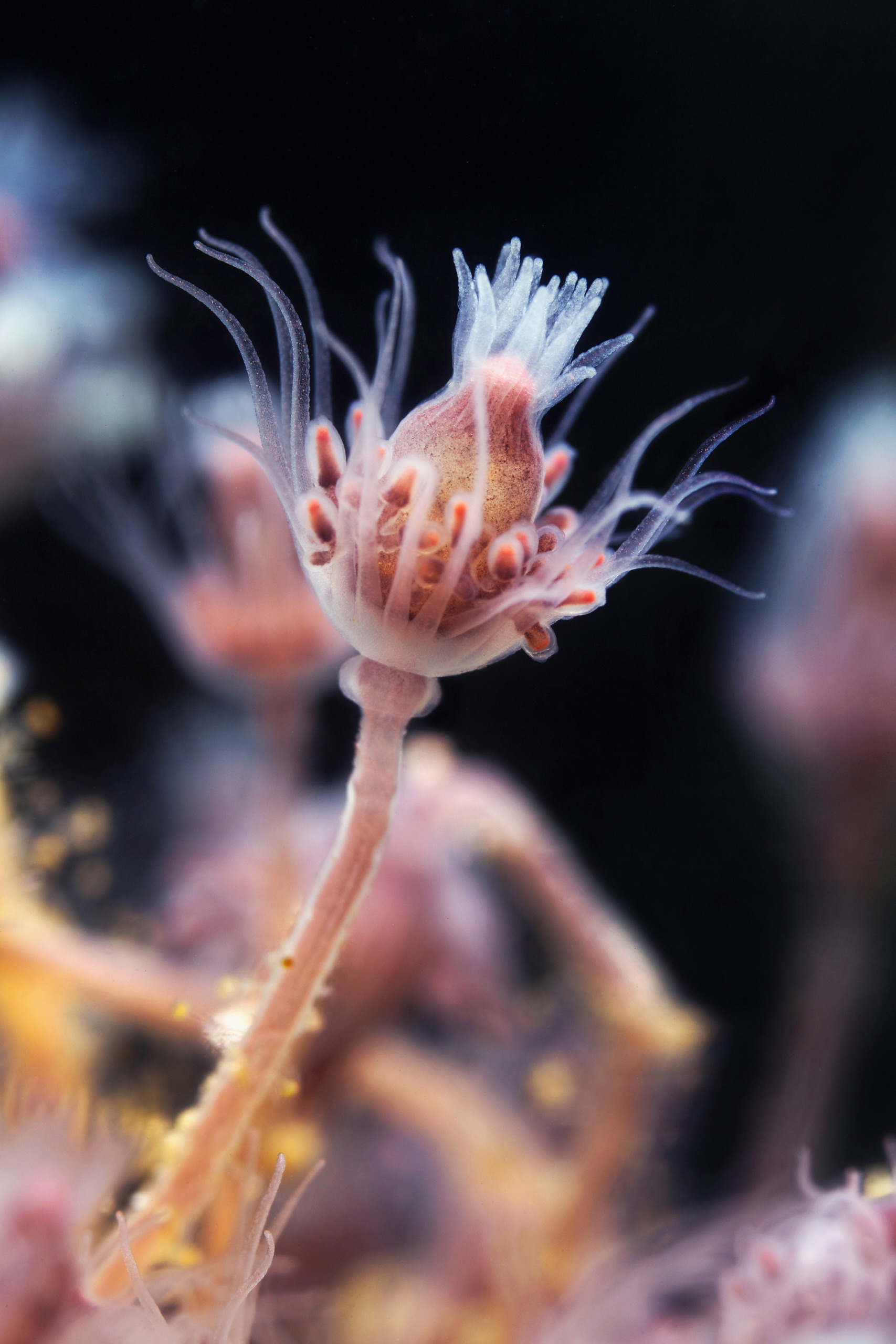 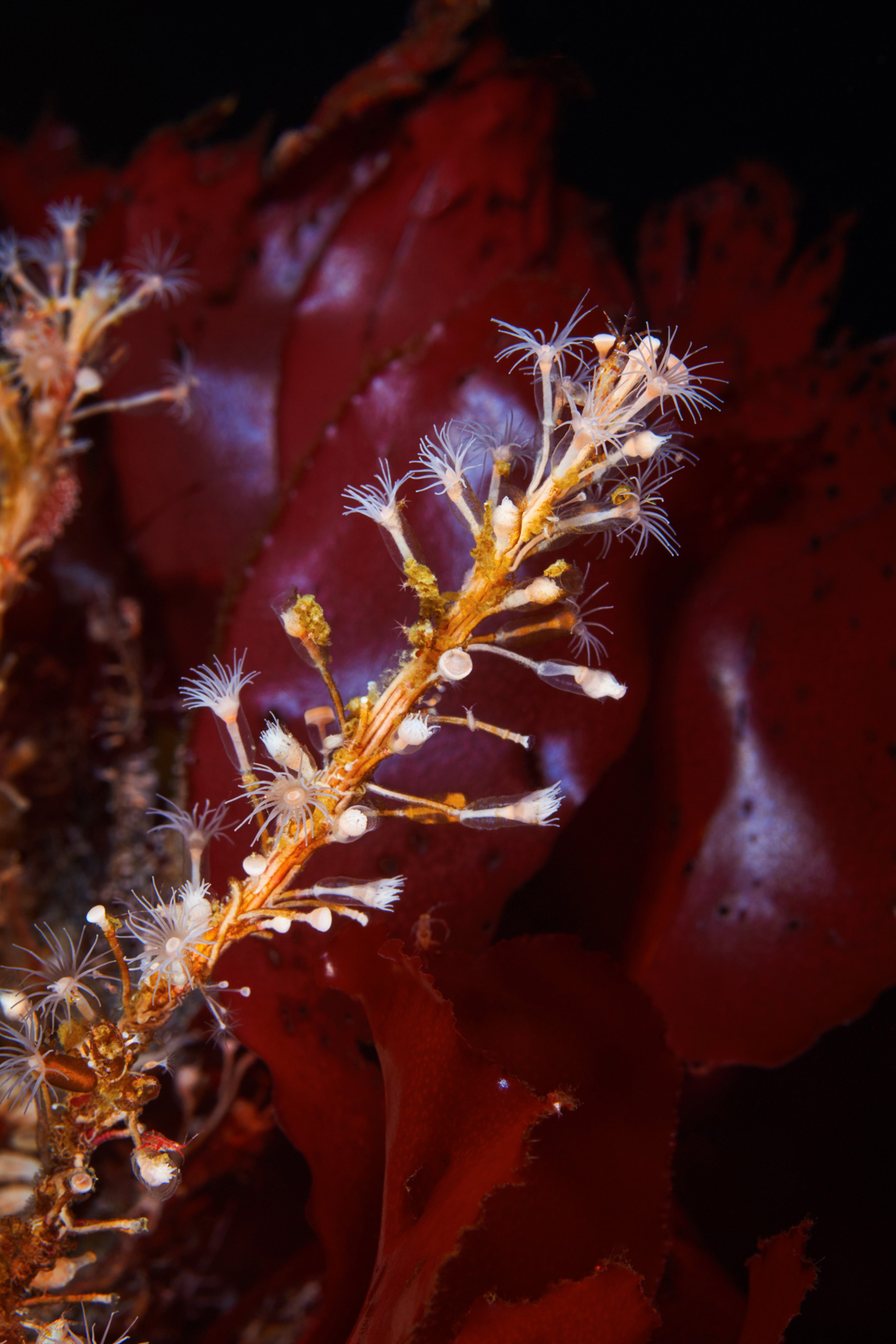 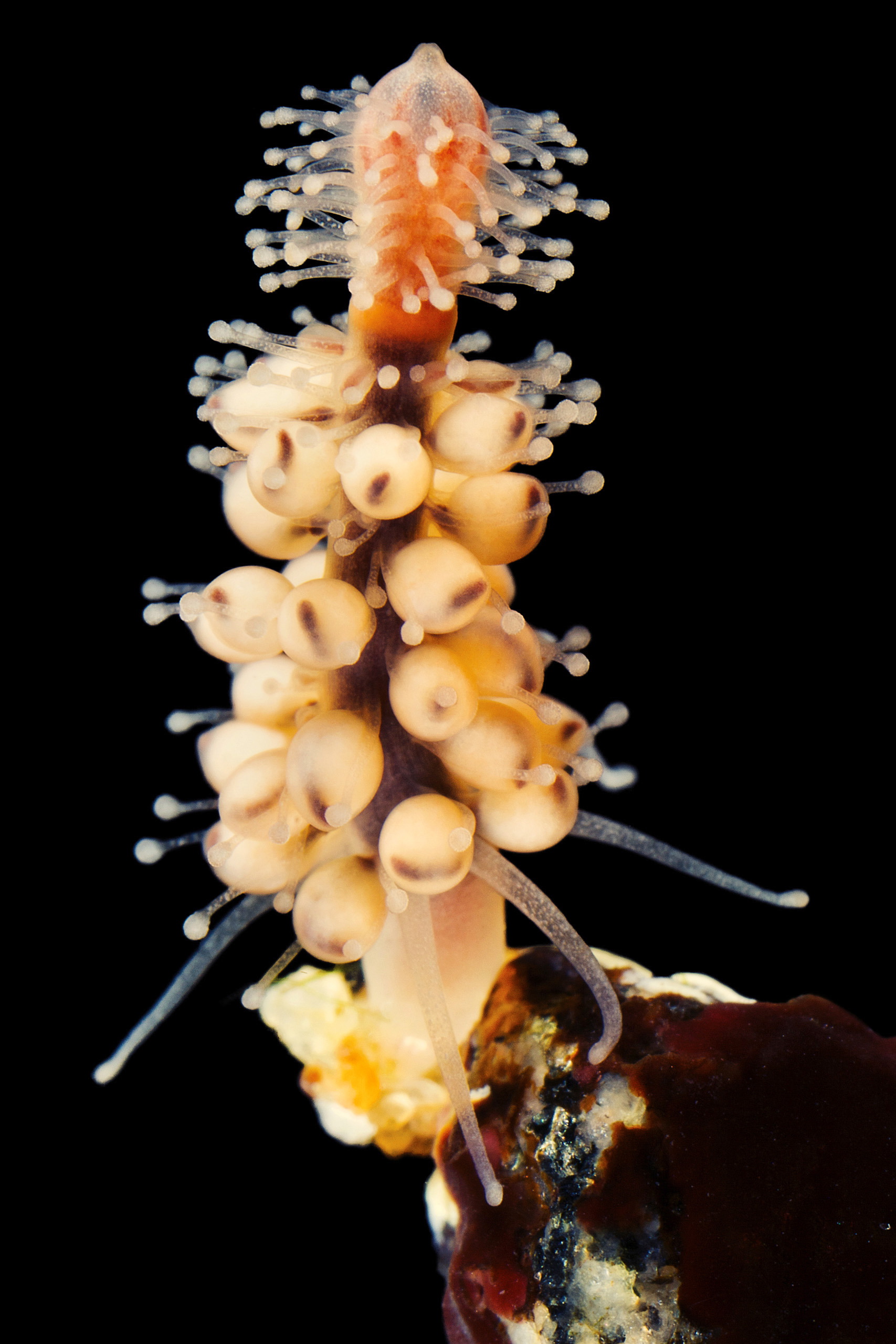 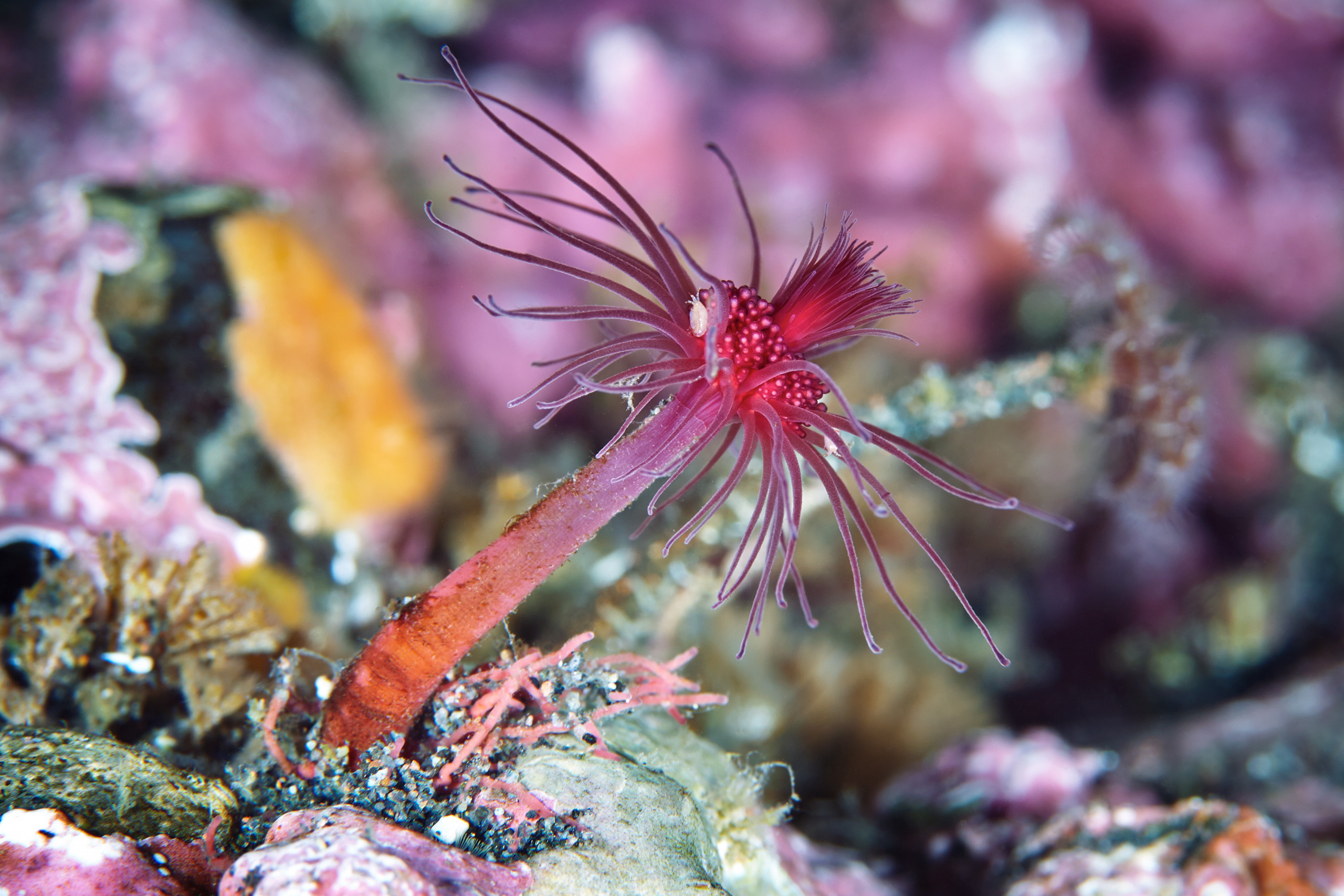 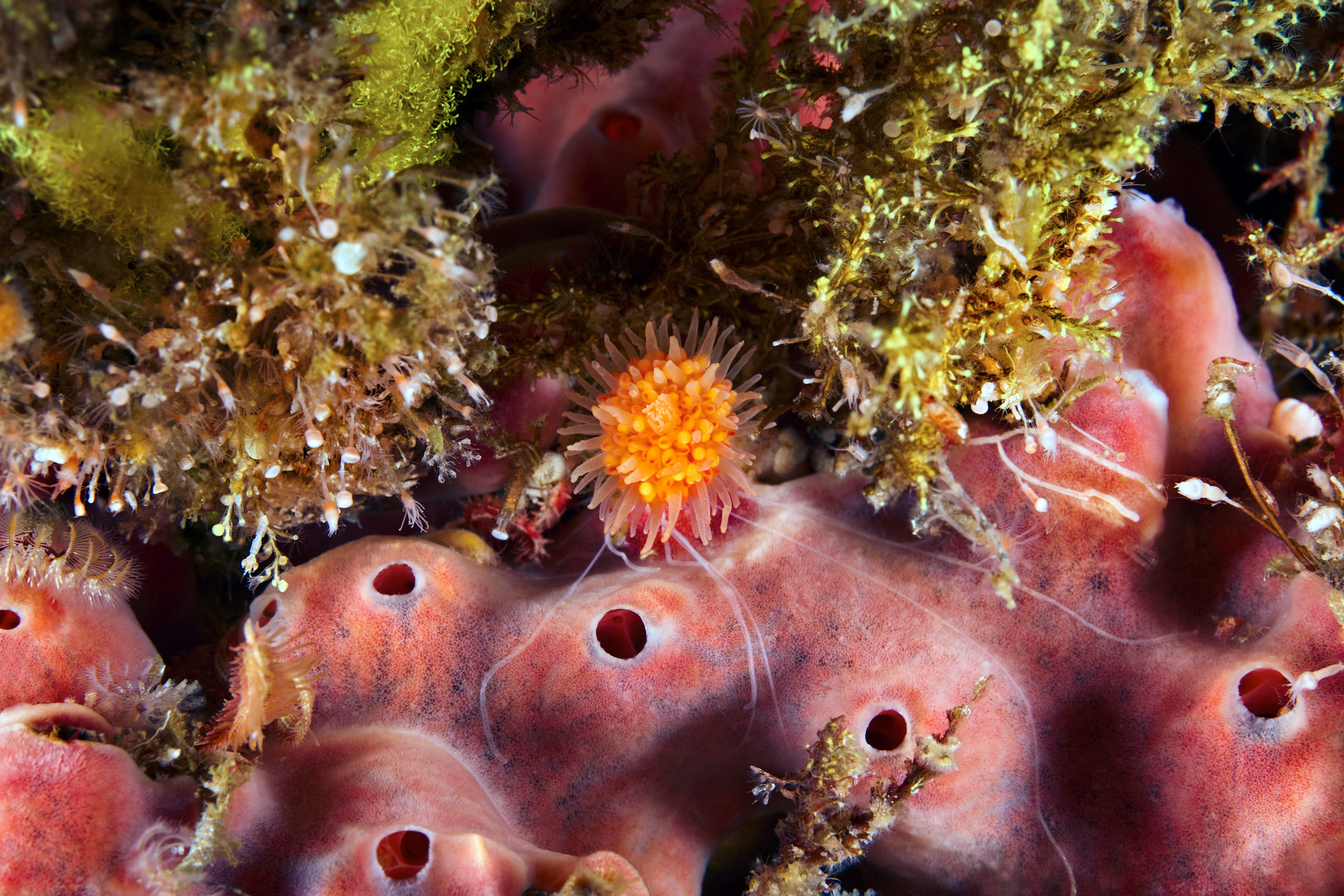 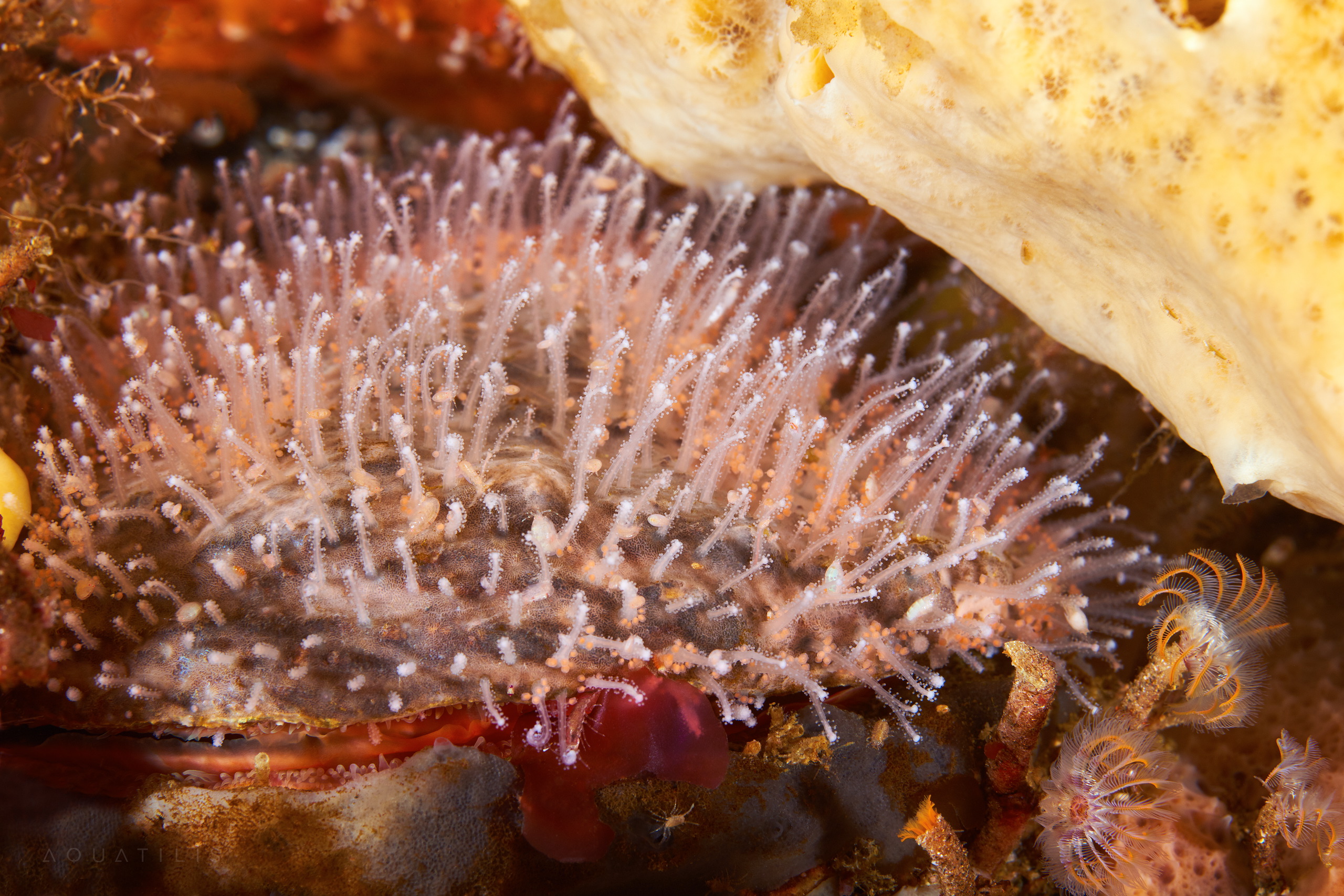 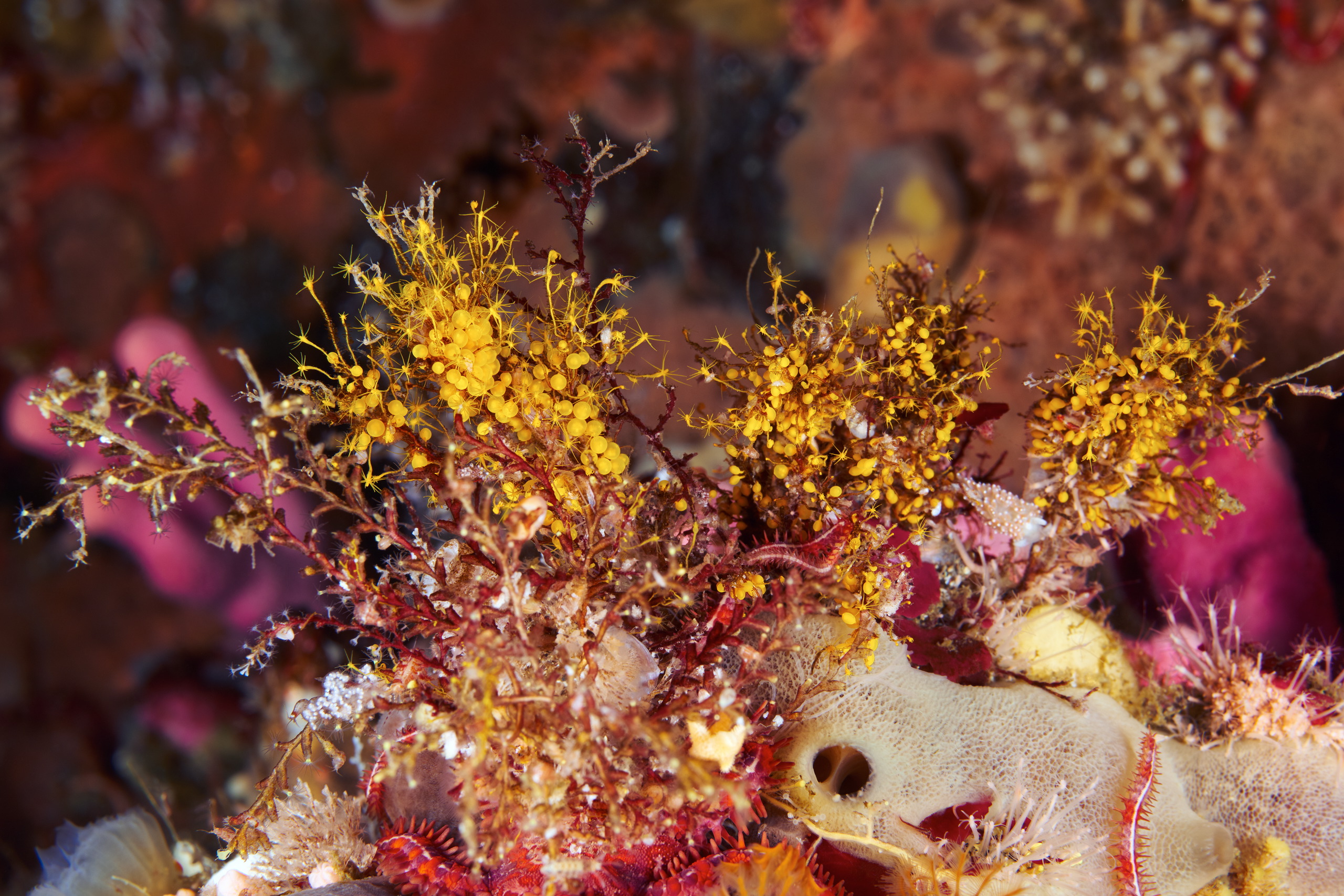 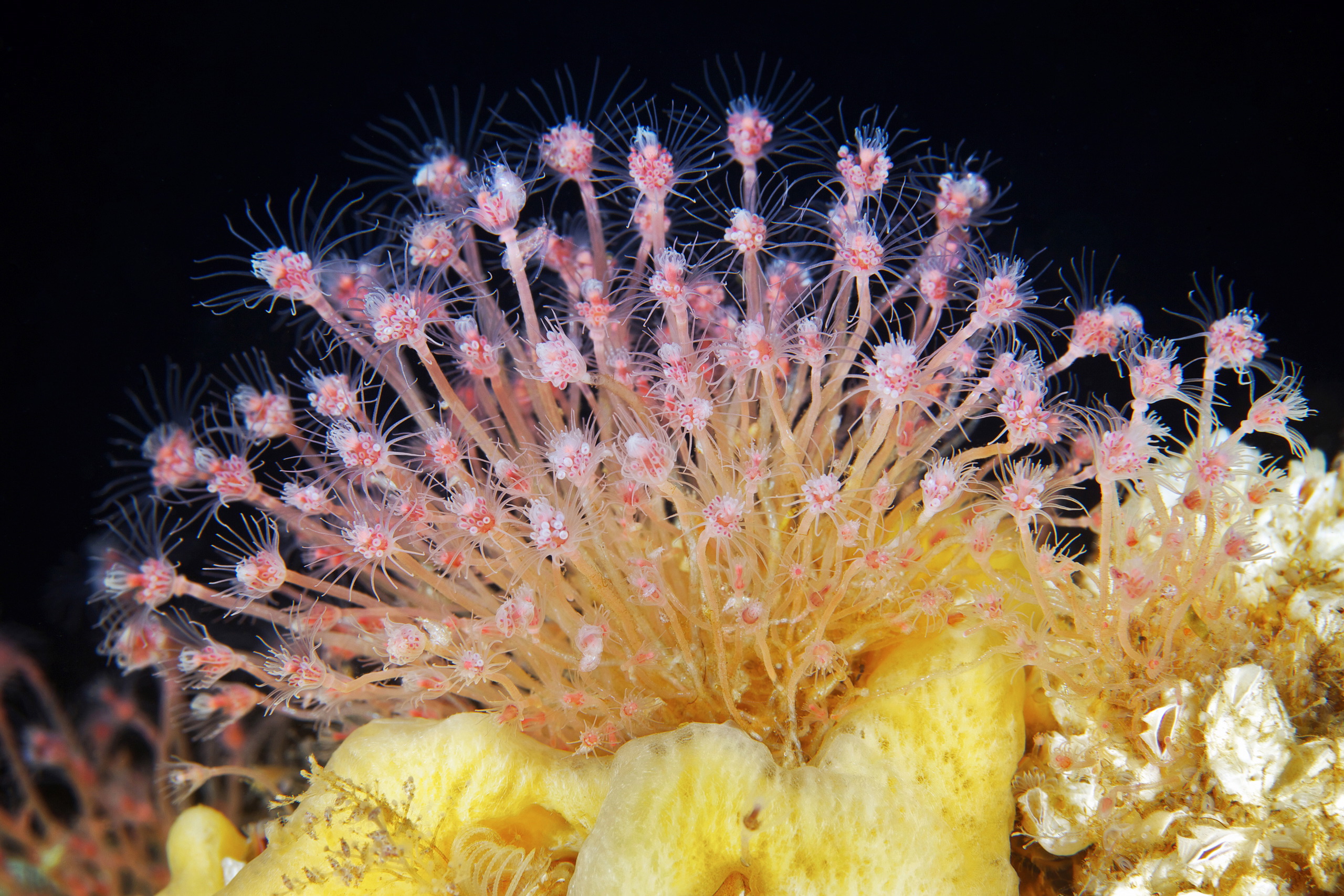 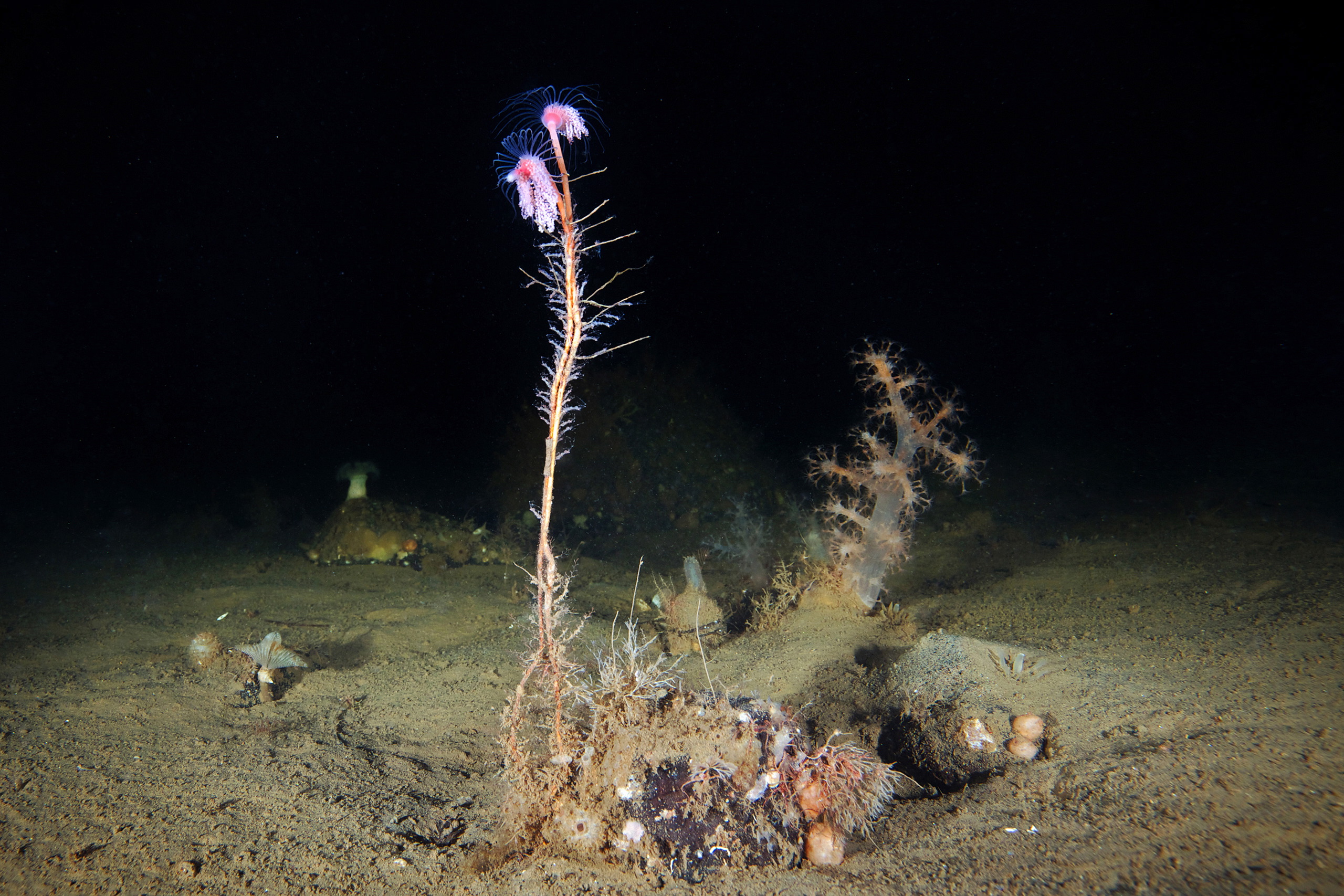 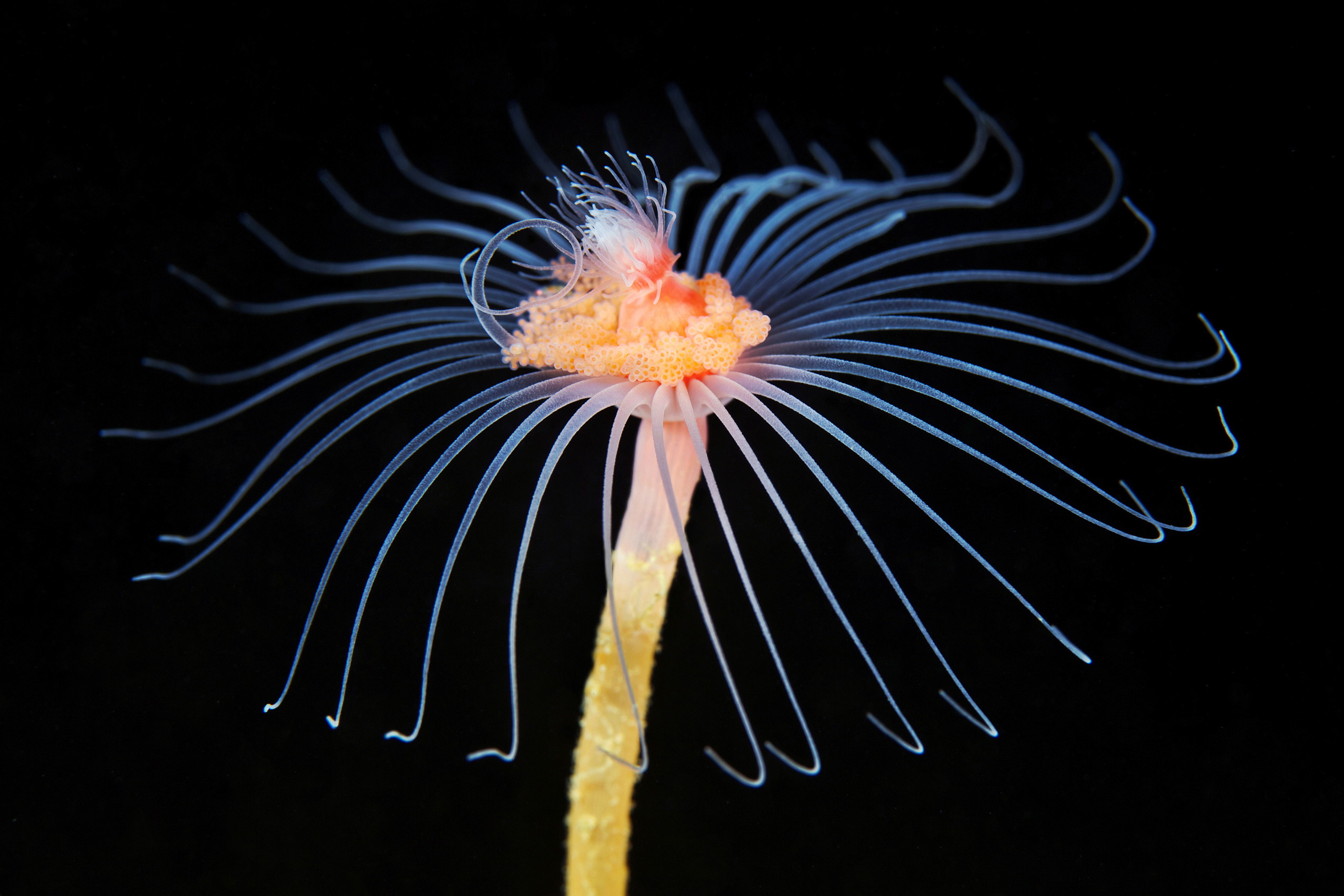 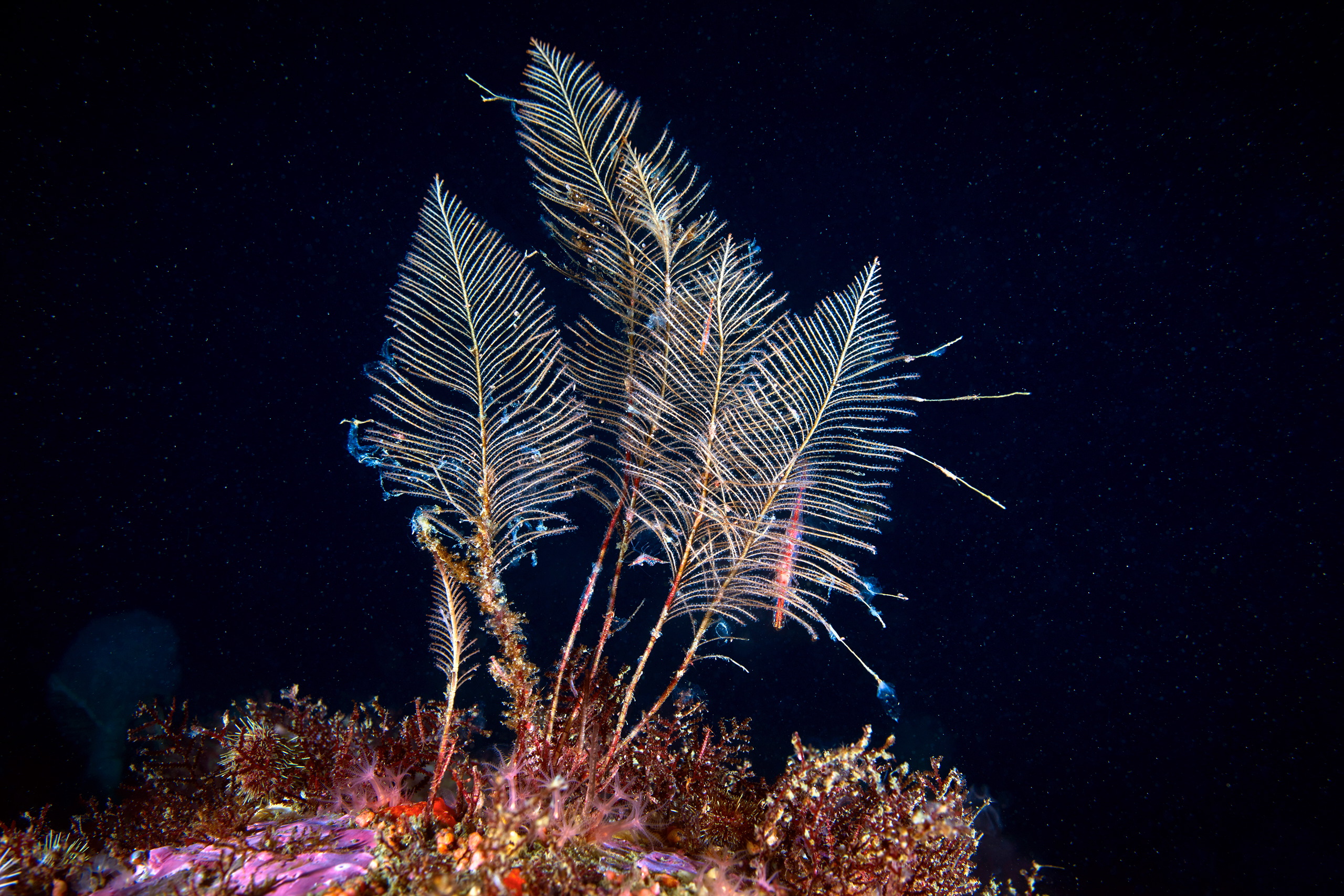